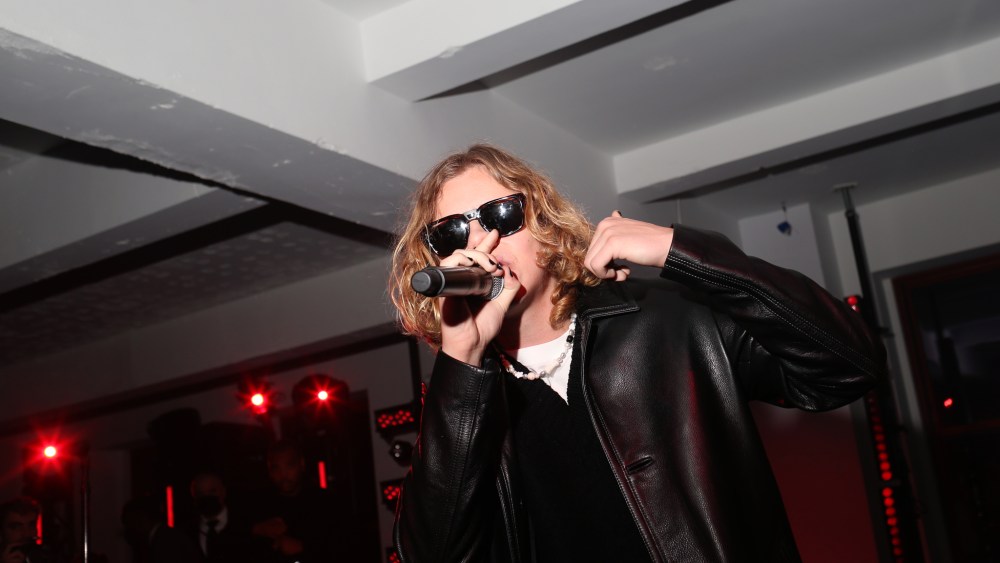 Officially, The Kid Laroi is on hiatus. After a breakout year collaborating with artists like Justin Bieber and Miley Cyrus, the 18-year-old musician told his fans on Instagram that he was taking some time away from “everything” to focus on his debut album. But he returned to the stage for one brief night in New York — at the Empire State Building, no less — to help Parisian label Ami mark the opening of its first boutique in New York.

“I love a good view. There’s nothing like this in Australia, let me tell you that,” said the singer, glancing out the windows at the dramatic cityscape mid-performance before moving on to hits including his summertime hit “Stay.”

“We asked him to come; he said yes,” said designer Alexandre Mattiussi of booking the buzzy young performer for the party. “We are not a big huge house, we are just a young, independent maison for the last 10 years. And we try to keep that energy up,” he added. ”I always try to make things simple because at the end we are human beings, passionate and wanting to connect all together.”

And as for his iconic party venue, Mattiussi offered that he chose the Empire State Building (which was actually his second choice — the Statue of Liberty didn’t pan out) in an effort to keep things interesting for even the most jaded of New York party guests.

“We have to surprise you guys,” said Mattiussi. “If I had to throw a party in Paris, I’d be at Eiffel Tower,” he added. “New York is still a dream for a French boy. I am from the countryside. It’s crazy to be here.”

With an excited “oh la la,” the designer hurried off to greet a friend. Nearby, Kaia Gerber, hiding from photographers, was surrounded by her entourage as she made her way from the elevator bank, past trays of Limoncello shots, to the VIP area in the center of the lofty space, where Tommy Dorfman posed in one of the windows overlooking the East River. The pair were soon joined by other guests including Camila Mendes, Emily Ratajkowski, Hari Nef, Ella Emhoff (an early party arrival), Joan Smalls, and Joe Jonas, who perched on a windowsill and filmed the scenery on his cell phone.

The Kid Laroi, who performed just past midnight, closed out his energetic set with “Without You,” his single that features Miley Cyrus. After hitting his final note, he let the microphone fall from his black-manicured hand to the floor, offering a quick parting message from the crowd: “All right, go get more drunk.”

More Event Coverage From The Eye: