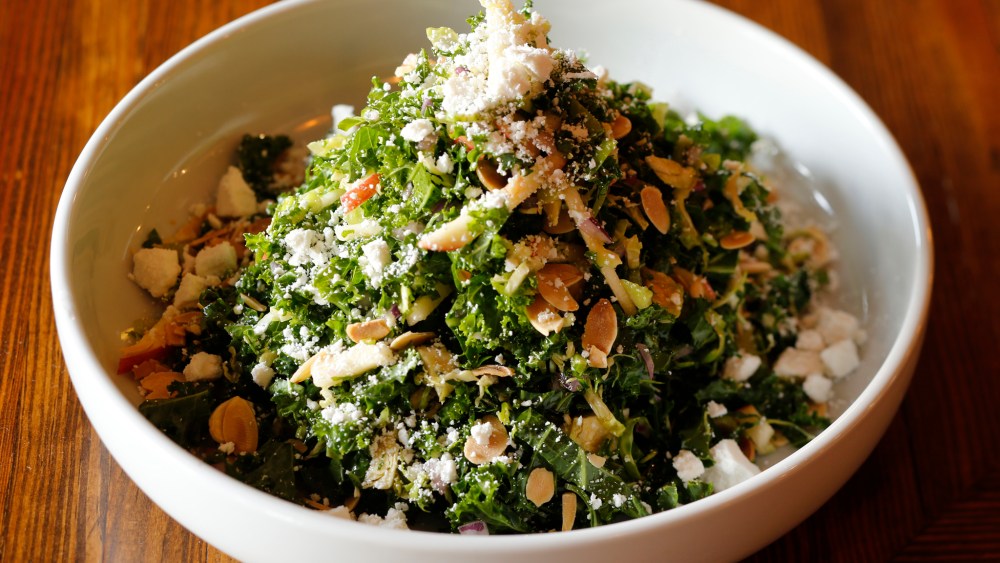 Astoria, N.Y. — an area long known in the food world for Greek and Italian spots — is getting the New American treatment. On Tuesday, The Pomeroy opens from executive chef Bo O’Connor in a former deli space off of 37th Street — a road previously called Pomeroy. For O’Connor, who co-owns the project with Mike McGuire, the owner of a few Long Island restaurants as well as part of the team behind El Cortez in Brooklyn, this is her first restaurant venture. Her most recent clientele was on a smaller, more personal scale: she spent much of last year touring with childhood best friend Lady Gaga, working as her private chef.

O’Connor, 30, has always dreamed of having her own kitchen. After being adopted from Korea at the age of six, she grew up in New York in an Irish-American family, who encouraged her interest in food. “I was super opinionated about what I ate, and my dad would read me The New York Times Dining section growing up,” she says. After a stint of college in Indiana and a period working as a personal shopper, she decided to turn to her original passion. “My dad’s a lawyer, my mom is a nursing professor, and [cooking as a profession] had just never occurred to me,” she says. She got a feel for the industry first peeling potatoes at a restaurant in Washington Heights, and then moving through a series of different restaurant jobs, before heading out on Lady Gaga’s “Art Pop” tour.

Though her new venture is focused on comfort, the “Art Pop” tour taught O’Connor to cook healthy, energizing yet comforting cuisine. “On tour, because it’s so strenuous and exhausting, she was particular about eating a certain way,” O’Connor says of Gaga. “Instead of eating a fried rice that’s not great for you, I’d do a quinoa stir fry with good protein and really good vegetables. Instead of a regular burger, maybe a turkey burger with sweet potato fries that are baked and not fried.”

The prep work also required flexibility: “I had two working travel cases of pots and pans, a reduction burner – just in case I couldn’t use a real kitchen – and dry goods they might not have abroad, like chickpea flour,” O’Connor says.

The menu at The Pomeroy focuses on tried-and-true comfort classics O’Connor has been cooking her whole life. A favorite is the fried chicken, which “has its own section [on the menu] and is called ‘Chicken Fried’ because my favorite song is ‘Chicken Fried’ by Zac Brown Band,” she laughs. “So many people are doing fried chicken right now, and the funny thing is I’ve had this menu set for almost a year, and during that time you’ve seen all these fried chicken places.” Hers stands apart in that she “really wanted everybody to get one piece of each” part of the bird, so the orders come in half bird and whole bird selections.

Other favorite dishes include an avocado toast with grapefruit and thinly sliced serrano peppers on Eli’s bread, and a kale and brussels sprout salad, ingredients she says “again have become a huge thing. But kale is actually one of my favorite vegetables.” The bar will feature eight seasonal drinks, takes on classic cocktails, which are named after places and streets in Queens.

Beginning work on The Pomeroy wasn’t O’Connor’s first experience in Astoria. “My husband took me to Trattoria L’incontro, a famous Italian restaurant about five blocks from here right when we first started dating,” she says.

Though the couple lives on Long Island, she stresses that The Pomeroy is for the neighborhood. “We really want to make it for Astorians,” she says. “We’re not trying to be super fancy. If you want to get dressed up on a Friday night and wear heels and come here, great; if you want to wear yoga pants, great too.”