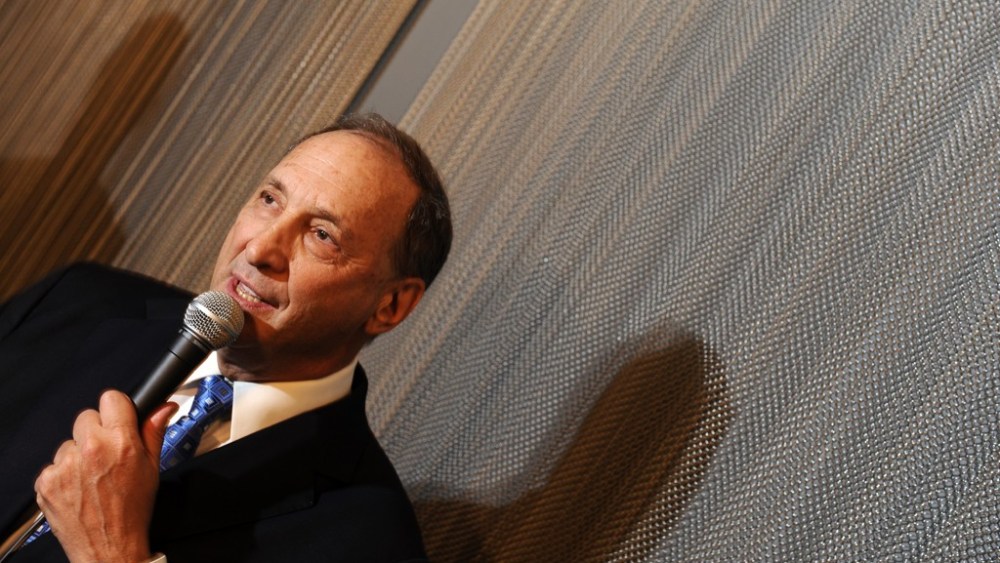 About an hour before Jay-Z took the Barclays Center stage for the first time Friday night, Brooklyn Nets part-owner Bruce Ratner was a few floors below Atlantic Avenue working a tough crowd. It was the arena’s opening night and Ratner, who initiated the team’s move from New Jersey to its new home nearly a decade ago, was trying to give a toast before the assembled VIPs in the Calvin Klein Courtside Club, a pregame reception area.

Despite significant fluorescent wattage, the room had the feel of a sleek new nightclub. Men in suits and women in fare dressier than that of the average rap concertgoer mingled over an open bar and passed gourmet cheeseburgers. What appeared to be chain-mail drapes adorned the walls. In a familiar cocktail party scene, the crowd continued to buzz amongst itself as Ratner kept talking. He thanked the project’s various stakeholders and Mikhail Prokhorov, the charismatic Russian billionaire who salvaged the whole project when he took over majority ownership of the team in 2010. At 6 feet, 9 inches, Prokhorov stood head and sweater-draped shoulders above nearly everyone in the room, save for a player or two.

Before the toast, Nets shooting guard Joe Johnson stood near an elevator bank taking in the scene.

“It looks great,” he said, pausing. “I mean for what they put in it, it better look great.”

Johnson laughed. To his left, Ratner and Prokhorov smiled and posed for pictures together.

Upstairs, a broad cultural swath of New Yorkers made its way into the seats, testament to the ever-widening appeal of late-career Jay-Z. The rapper owns only a fraction of a percentage point of the team but has been the outsize face of brands Nets and Barclays Center since he bought in. Friday was the first of eight sold-out shows he’d play to break in the arena. Despite his considerable Rolodex and the lofty occasion, there were no night-of-a-thousand-star pyrotechnics. Instead, he held the spotlight by himself for nearly two hours in a set that contained nearly two decades’ worth of material and plenty of victory lapping boasts. He had, after all, grown up in the Marcy Projects, a 15-minute ride away.

When Jay-Z took the stage a bit before 9 p.m., he held the 19,000-strong crowd at immediate attention with a three-beat throat clear, about as clear an auditory signature as exists to certain segments of the music-buying public. With it, he had officially christened the billion-dollar Barclays Center. He was sure to give credit to his business partners a few songs later.

“What up, Bruce?” he asked with a laugh.