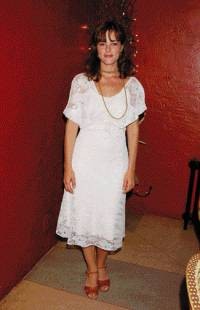 Stargazers are eager to see what the likes of Jennifer, Nicole and Sarah Jessica will wear on Sunday. But a few other actresses are piquing interest too. Here, WWD’s preview of a trio of expected It Girls:

Despite starring in 35 movies (OK, so most of them were indies), she’s only been to two red-carpet premieres. So it’s safe to say that Posey is this year’s ingenue to the scene when she arrives as Best Supporting Actress nominee for the CBS-TV movie “Hell on Heels: The Battle of Mary Kay.” The edgy New Yorker has shown few fashion allegiances thus far. She’s a fan of Marc Jacobs and M.R.S., but we hear that the indie queen is waiting until noon the day before the Globes to decide on a dress.

No stranger to Hollywood, having appeared in her first film about 20 years ago (“A Little Romance”), Lane has always been more woman than girl — and that’s been part of her enduring allure. Time has been more than kind to this screen beauty, nominated for Best Actress for “Unfaithful.” She has shown a fondness for Dolce & Gabbana in the past. Yet bold colors and graphic prints could help her make her red-carpet mark.

This apple-cheeked It Girl already knows how to work a red carpet, having made recent premiere rounds in Prada, Jill Stuart, even vintage. Her style is more whimsical and a touch bohemian, but because of her Best Actress nomination for “Secretary,” she may surprise us with a glamour turn in a pretty color. Hopefully, she’ll let her hair down, too.