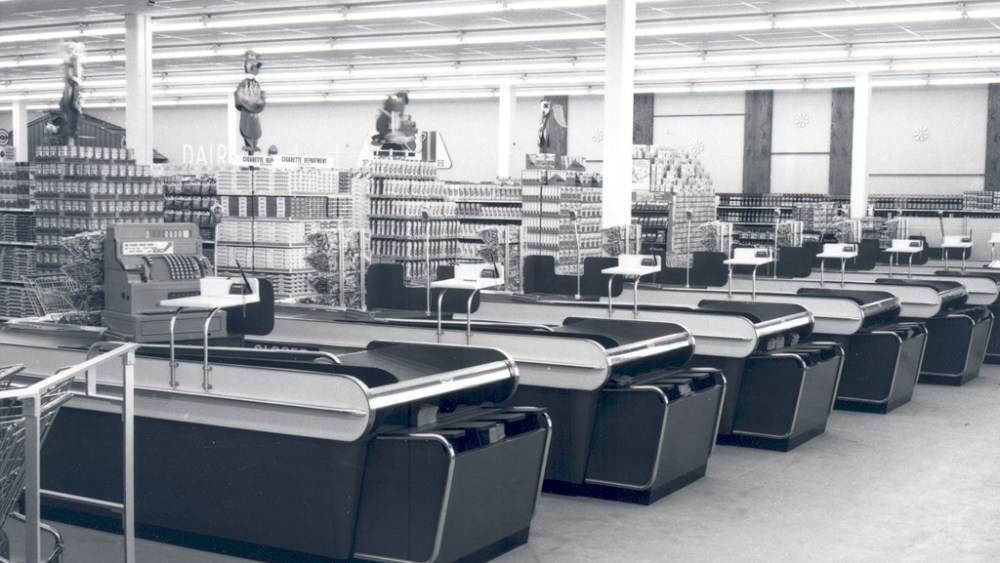 Target, the store, is marking its 50th anniversary in business, but Target, the corporation, traces its roots to 1902. Here are some milestones along Target’s odyssey.

1902: Banker and real estate investor George Draper Dayton, a native New Yorker, heads to the Midwest and settles in Minneapolis, which he feels has the best growth opportunities. He becomes a partner in the Goodfellows Dry Goods Co. department store. The following year, he becomes sole owner and renames it Dayton Dry Goods Co., today known as Target Corp.

1916: The Dayton Co., as it is now known, becomes a founding member of the Retail Research Association, which would later be know as Associated Merchandising Corp.

1918: George Dayton establishes The Dayton Foundation. with a $1 million endowment to carry out charitable efforts. By 1946, it establishes a benchmark of giving 5 percent of pretax profits to the community. It is renamed the Dayton-Hudson Foundation in 1969 and the Target Foundation in 2000.

1920: When a freight-handlers strike halts shipments of goods from New York to Minneapolis, Dayton’s starts using airplanes to transport goods across the country. After seeing the planes paraded through the streets of Minneapolis, customers immediately seek to purchase the just-delivered merchandise. This also helps usher in a new merchandise transportation method.

1922: The Dayton Co. creates and operates WBAH, the first radio station to be run by a department store in the Twin Cities. It’s the most powerful station in the Midwest at the time.

1954: The first branch opens outside of Minneapolis, in Rochester, Minn. Expansion to other suburban malls in the Twin Cities metro area continues through the Fifties and beyond. Dayton’s develops a number of these early malls, including the Southdale Center in Edina, Minn., which opened in 1956 and is the oldest fully enclosed mall in the U.S.

1960: Dayton’s begins to develop the Target store concept to appeal to value-oriented shoppers.

1962: Target opens on May 1 in Roseville, Minn., promoting itself as combining department store features like fashion, quality and service with the low prices of a discounter. Three more Targets would open in the state by yearend.

1966: The first Target outside Minnesota opens in metropolitan Denver.

1968: The Bullseye logo is updated to its current incarnation.

1969: Dayton Corp. teams up with J.L. Hudson Co. of Detroit to form the Dayton-Hudson Corp. It becomes one of the 15 largest nonfood retailers in the nation. Target’s first distribution center opens in Fridley, Minn.

1974: Target introduces its “planogram” tool to keep all its stores consistent, with uncluttered in-stock merchandise presentations.

1977-78: The Dayton family cedes management responsibilities. By 1983, all the Daytons will have retired from the board, ending 80 years of direct family involvement.

1984: Robert Ulrich joins Target from Dayton’s. He is named president of Target Stores in 1984 and becomes chairman and chief executive officer of the division in 1987. Ulrich is named chairman and ceo of the corporation in 1994. Under his leadership, Target nearly triples its sales and U.S. store presence, increases its net earnings nearly ninefold and becomes one of the most recognized brands in retail. Ulrich retires in 2008, with Target’s sales at $63 billion.

1988: Target becomes the first mass merchant to use UPC scanning at all its stores and distribution centers, enhancing inventory control and cutting checkout time.
The company also enters the Pacific Northwest.

1989: Target is the lead sponsor of the International Trans-Antarctica Expedition, in which representatives from six countries traverse the continent for educational purposes.

1993: Target expands to the Chicago metro area, opening 11 stores in one day — the most openings on one day to that point.

1995: The first SuperTarget, including a full discount store and grocery store with fresh produce, dairy and meat, opens in Omaha. The company introduces its Archer Farms private label line of premium grocery products.

The retailer launches a comprehensive gift-registry service, among the first of the mass retailers to do so. In the first year, 125,000 couples sign up with its Club Wedd.

1998: DH purchases Associated Merchandising Corp. a buying and sourcing company. It would be renamed Target Sourcing Services in 2004.

Architect Michael Graves becomes the first of more than 75 designers to create an exclusive line of products for Target.

Arielle, an English bull terrier, makes his first appearance as Bullseye in a TV commercial, the start of a long career in ads and jaunts on the red carpet. In 2006, he is the second dog to have his likeness displayed in Madame Tussauds Wax Museum.

The retailer funds Target House to serve as a home-away-from-home for families of children being treated at St. Jude Children’s Research Hospital in Memphis.

2000: Dayton-Hudson Corp is renamed Target Corp. Sportswear-maker Mossimo, until now a department and specialty store brand, signs a deal to design and produce its collections exclusively for Target.

2001: Target opens its 1,000th store. It is now in 47 states — Vermont, Alaska and Hawaii are the last states without the chain’s presence.

2002: Pop-up stores begin with the Target Boat at Chelsea Piers in New York.

2003: Red Hot Shop on target.com makes its debut. Isaac Mizrahi signs a deal with the retailer to design the Isaac Mizrahi for Target line, stretching the idea of a designer doing high-end and mass at the same time, since he continued designing a high-priced collection sold at Bergdorf Goodman.

2004: In another sign that the Web is the future, Target says it will discontinue print catalogues.

May Department Stores Co. buys Marshall Field’s for $3.24 billion. Target sells its Mervyn’s division in two separate transactions for a total of $1.65 billion in cash — a group of investors led by Sun Capital Partners Inc. and Cerberus Capital Management LP buys the chain’s retail operations for $1.2 billion in cash, and separately, Target sells $475 million of Mervyn’s credit card receivables to GE Consumer Finance. The retailer said Mervyn’s would operate as an independent company.

Target introduces a revamped prototype that focuses on “worlds” of related goods. It includes more private and exclusive lines, including Stuff by Hilary Duff cosmetics and a house spa line called Bathery.

2005: Target exceeds $50 billion in annual sales. It holds a vertical fashion show in New York, with athletes modeling clothes from the retailer’s fall collections as they scale down the walls of a nine-story building in Rockefeller Center.

2006: The company decorates trains at the Winter Olympic Games in Torino, Italy, with its famous Bullseye, shuttling visitors from Torino to various event sites.

2007: Skate-snowboarding star Shaun White and his brother, Jesse White, create a limited-edition apparel line for Target; in 2010 they would launch sneakers for the retailer.

2008: Target expands beyond the contiguous 48 with two stores in Alaska. As part of its charitable endeavors, the Target School Library Makeover Program launches in partnership with the Heart of America Foundation. The retailer’s deal with Isaac Mizrahi ends, as the designer takes over the design helm at Liz Claiborne.

2009: In an initiative that’s separate from the Go International program, Alexander McQueen becomes the first participant in the new Designer Collaborations program, which aims to bring a series of established designers to the masses at low prices. Each collection will be in about 250 stores for a limited time. The entire line will also be available at target.com. Anna Sui and Jean Paul Gaultier would follow.

Target says “Aloha” and opens in Hawaii, on Oahu and the Big Island. The company also expands its fresh food offerings in its stores across the country.

2010: In a partnership with Liberty of London, a limited-edition Target collection for the first time spans categories from home and garden to apparel for men, women and kids.

2011: Picking 17 participants from its Go International program, Target launches a collection of 34 dresses called Designer Collective, available for one month.

After five years, however, the $100 million-plus Go International program is discontinued.
Revenue for the year is $69 billion.

Target’s September partnership with Missoni draws “online traffic that outpaced any Black Friday or Cyber Monday in our history,” said Kathee Tesija, executive vice president of merchandising. The collection features 400 products from across the store, creates “a frenzy,” and most stores sell out in a few days, while Target’s Web site crashes under the overwhelming demand.

2012: The Shops at Target, a “street of shops” concept of in-store boutiques, is unveiled in May. Five inaugural shops are inspired by The Candy Store in San Francisco; Aspen, Colo.-based Cos Bar cosmetics shop; Boston’s Polka Dog Bakery’s dog accessories; Warren, Conn.-based Privet House home products, and The Webster, a 20,000-square-foot luxury boutique in Miami that sells luxury apparel, jewelry and accessories brands. For the second wave of shops, slated for the fall, Kirna Zabête will be the women’s boutique, along with two home concepts and a men’s wear store.

2012: As the retailer marks its 50th anniversary at its annual meeting, ceo Gregg Steinhafel says the company is on track to reach a goal of $100 billion or more in sales and $8 or more in earnings per share by 2017. Next spring, the company plans to open stores in Canada, its first international foray, adding $6 billion in sales. Target takes some flack from shareholders for its contributions to various political groups.