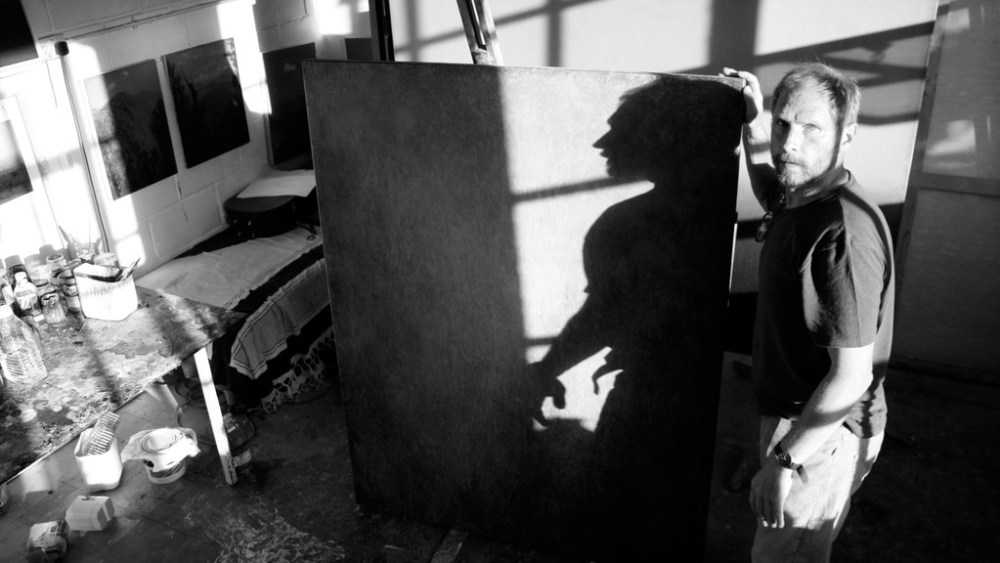 Long ago, the Indian landscape cast a spell on the artist Tobit Roche — and he’s never been able to shake it off.

Roche, who was born in Manchester, England, and raised in Hong Kong, Canada and India, has returned to the subcontinent once again for his latest exhibition, “Lost Horizons,” which runs until July 1 at Indar Pasricha Fine Arts in London.

The 75 paintings take viewers on a journey from the snowy Himalayas to the beaches of Goa in the country Roche calls his spiritual home.

“When I am there, I get very moved by the spirit of the landscape, which is the spirit of the people. And particularly the Himalayas, which are remote, mysterious, geomantic, inaccessible,” says Roche during an interview at the gallery. Tall and statuesque, Roche exudes a gentle and calm nature.

Light, too, is a big part of his work. “The light that you find in nature — whether it is sunrise, sunset or a couple of hours after sunset when it’s dark — is always beautiful.”

A creative life awaited Roche, who recalls being inspired by a Jackson Pollock painting he saw at an exhibition at the National Gallery of Canada when he was nine years old. A graduate of Ontario College of Art & Design and Camberwell College of Arts, Roche has been painting landscapes since he was in school.

His early artistic influences were already strong: Roche’s father is the late poet and classical translator Paul Roche. During the younger Roche’s teenage years, his family would visit the British painter and designer Duncan Grant — a close friend of his father’s and a member of the Bloomsbury Group.

India has been another major influence and he often travels there for work. “There is a small handful of British artists who regularly go and paint in India,” says Roche. “I am one of them. They each do it in their own way. I don’t use photography, and I go and paint directly from the subject from life on a small scale — and then I draw lots,” he says.

Roche’s fans include Cate Blanchett and David Bowie. He calls Blanchett “gentle and straightfo rward. She just walked into the gallery and looked round. It was fairly late after the exhibition had been going on for a while, so there wasn’t a big choice. I had sold quite a few pictures and she chose the painting and bought it and seemed very delighted with it.”

As for Bowie, he says, “You know how he is a very private, discreet person. Some friends of his bought one [of my works], and he saw it in their house, and I had a very nice feedback from him saying how he liked the painting.”

When Roche isn’t working on art, he’s playing tennis — five times a week — or working on his house in the English countryside, including a very different kind of painting. “I do all kinds of things — painting, decorating, making kitchens,” he says.

“We have a house in Hastings, [England] and it’s a big house by the sea with sea views from every single window. And we have never really spent a lot of money on it, and I find myself doing more and more to it. As soon as this show is over, I will go down there. We are having a new roof put on, a new bathroom put in. I’ve got to decorate all the windows — a lot of repairs. Once the scaffolding is up, I’ll be doing things like repainting. I’m quite a handyman,” he admits.

Although he considers himself a landscape artist, his future projects include bold abstract works. “I’m simply concerned with the application, with the paint and what the paint looks like — and color. The subject matter is almost incidental. I’ve been working on a series of large abstract paintings that are really fun and urban. They’re quite big and very colorful.”