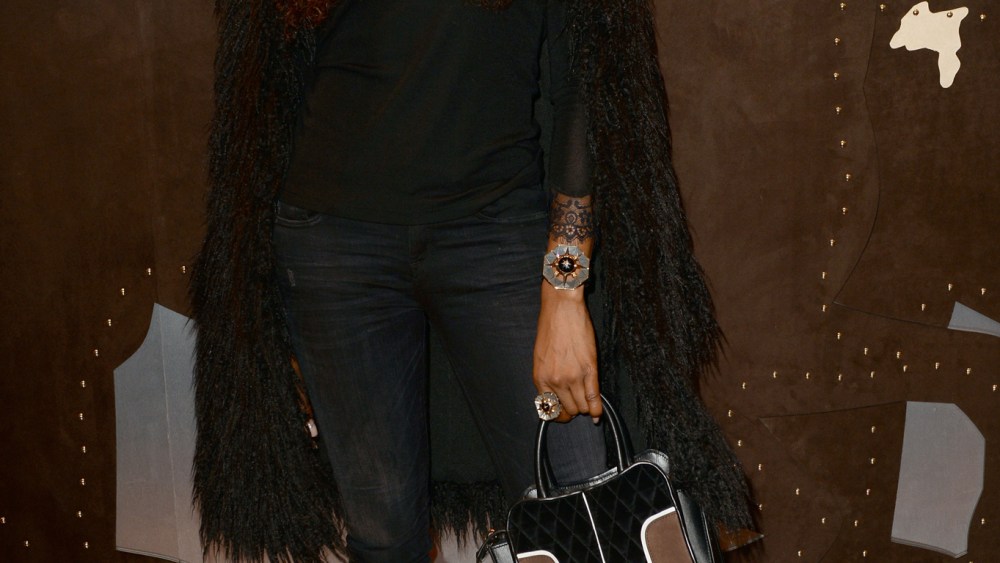 WILD HORSES: Tod’s trotted out various models of its new Sella bag for a cocktail party in its honor, held at the brand’s Paris flagship on Rue du Faubourg Saint-Honoré.

Leather studded cutouts of galloping horse figures — one was clearly a paint, that American breed with brown and white patches — offered an undomesticated alternative to the Hermès horse statue that sits atop the building across the street. But that’s about as wild as it got.

Naomi Campbell, in black jeans and fur-lined, velvet sneakers, wore her hair down and swapped news with Tod’s global general manager Claudio Castiglioni. The two spoke of mutual friends and recalled parties of past years, back when he lived in New York: “Good memories,” he said.

Champagne was on hand, and so were savory, mousse fava bean hors d’oeuvres.

Olivia Culpo, who just opened a restaurant in Rhode Island — which she described as serving “lots of carbs and alcohol, but not French cuisine” — was decked out in an oversized Tod’s sweater and sporting a bright red version of the Sella bag.

French actress Alix Bénézech, who recently played in “Mission Impossible 6” and will feature in an upcoming film by Clint Eastwood, seized on the chance to chat up Isabelle Adjani and plug a friend’s film project to her.

Meanwhile, on the second floor, DJ Sébastien Bouchet was tucked between the belts, sunglasses and a brown leather man-purse with yellow stitching, sending out a steady stream of dance tunes, including a rendition of “Bette Davis Eyes.”