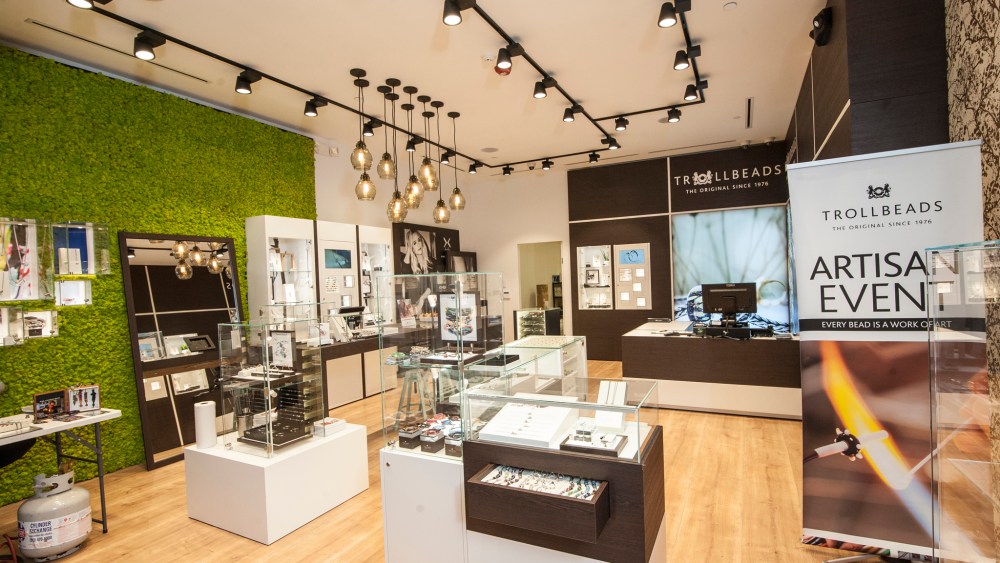 Trollbeads is making a play for the U.S.

The Denmark-based jewelry company, originally founded in 1976, is amplifying it’s U.S. expansion with a new flagship in Freehold, N.J. With seven stores planned to be open by March 2016, the company expects that by 2018, retail expansion in the U.S. will generate revenue in excess of $20 million.

“Our customers are passionate about the product — we just want more people to find out about it,” said Brenda Berger, chief executive officer and president of Trollbeads North America. “It’s an artisan-based company and has been for 40 years and the focus has always been craft, design and the best materials — marketing wasn’t even a thought. Other players in the category made the focus marketing, but they didn’t. I don’t like saying best-kept secret, but it is — and no one is ever disappointed when they discover it.”

The company is most widely known for its glass bead assortment, handcrafted by more than 60 designers, which customers use to build their own personalized pieces. Trollbeads is sold in more than 500 stores nationwide in 50-plus countries. Today, the U.S. accounts for approximately 15 percent of its total global business.

Berger, who joined the brand in January 2014 from Hanky Panky, began the brand’s U.S. integration by introducing e-commerce to the market for the first time. Following that, Trollbeads has seen triple-digit growth in the U.S. year-over-year. “That gave us a lot of confidence that there are people who want the product,” she noted.

Over the past 18 months, Trollbeads opened four freestanding boutiques across the country, with two more — in Connecticut and Michigan — slated for November. In October, it opened the Freehold flagship, the first to include a new retail concept, which will be rolled out to all future stores. Details of the 600-square-foot store include a forestlike environment with a moss wall and open storefront design.

Included in all stores, as well, is X Jewellery, Trollbeads’ newly relaunched secondary line. Originally named X Jewellery by Trollbeads, the brand asserted its autonomy in September by dropping the “by Trollbeads” and landing its own Web site and e-commerce. The line targets a younger customer than the traditional Trollbeads consumer, which Berger defines as a “a 40-plus woman, who is a style-leader that likes to express herself through her jewelry and doesn’t want to be told what to wear.” Rather than the traditional glass beads, X Jewellery is founded on link-style jewelry done in silver bronze and X; like Trollbeads, customers are encouraged to personalize their pieces.

To further deliver this brand message, X Jewellery has tapped three fashion bloggers — Charlotte Groeneveld of “the Fashion Guitar,” Marie Hindkaer of “Blame It On Fashion,” and Shini Park of “Park & Cube” — for a yearlong partnership that includes advertising campaigns.

While X Jewellery will only take up about 15 to 20 percent of retail space, it will be allotted half of window space in all U.S. stores.

“Our customer loves to shop where she has full access to the brand,” Berger said. “For the most part, once they discover, they come back. One of our tag lines is ‘to be continued.’ I didn’t understand that at the beginning. Now, I really understand how people want to continue to express themselves, to build a different story or to gift in a very personal way. You will not have the same piece of jewelry that everyone else does.”