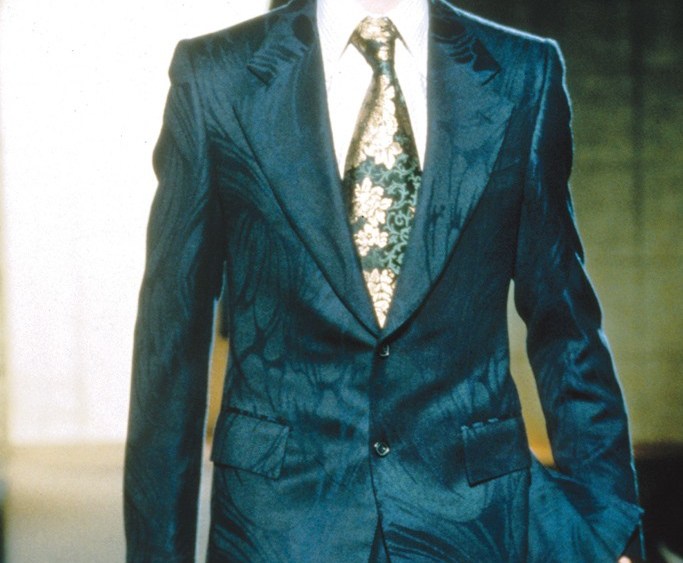 As he has frankly admitted, Valentino Garavani was never hooked on men’s wear.

But that doesn’t mean he ignored the men’s business, which he started in 1969. Valentino, never sketched a male outfit, but over the years developed the image of an elegant retro gentleman, who sometimes indulged in an ultra-glamorous lifestyle.

It’s no accident that the designer chose actor Rupert Everett to appear in his fall 1985 ad campaign, or that he decided to put a black sequined dinner jacket in the holiday window that Saks Fifth Avenue dedicated to him in 2006.

When Maria Grazia Chiuri and Pierpaolo Piccioli took the reins of the men’s division in 2009, succeeding Ferruccio Pozzoni, who designed only two collections for the house, they started a revolution that culminated in a runway presentation staged at Pitti Uomo last January. It was the first time Valentino men’s was presented at Pitti, and the designers were special guests of the fair.

Staged in the Baroque rooms of Florence’s Palazzo Corsini, that fall 2012 show revealed a new, fresh image of the Valentino man — who is definitely younger and trendier.

Chiuri and Piccioli put a new spin on Italian sartorial tradition with a combination of voluminous and fitted shapes and crisp fabrics featuring a high-tech finish. To underline the youthful attitude, they also designed a range of men’s accessories, which included hyper-cool, studded leather iPad clutches.

“Our goal is to revisit men’s staples, to turn them into icons,” Piccioli said during a preview a few hours before the show.

Cases in point: an eye-catching bomber jacket, crafted from panels of cotton, leather and nylon with khaki gabardine inserts, and camouflage sneakers with rubber studs from the spring 2013 range.

Piccioli said that at the base of Valentino men’s collections there is “an iconographic and sartorial vision, which shapes the contours of contemporary masculinity without making them formulaic.”

“Couture-inspired techniques and volumes are combined with those from sportswear for a contemporary, modular wardrobe,” Chiuri added, noting that aesthetics follow from technique, cut and constructions. “The goal is to reinvent men’s staples through the codes of an authentic and natural elegance.”

Even if the men’s division represents a relatively small portion of Valentino’s overall business, it has been registering significant growth. In the first half of 2011 (the most recent figures made available), sales rose 33 percent, representing about 6 percent of the company’s total revenues.

In September 2011, Valentino also opened its first men’s flagship in Asia. Located in The Landmark mall in Hong Kong, the 2,166-square-foot space is exclusively dedicated to men’s ready-to-wear and accessories collections.