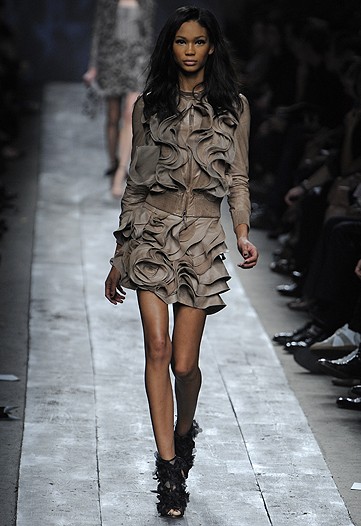 Another 100 million euros, or $142.8 million, has been earmarked for Valentino’s future expansion. In addition, VFG parent Red & Black reorganized the group’s structure, separating ownership of VFG, Valentino and the license business from the Hugo Boss business it also owns.

The shareholders’ repurchase plan confirmed a WWD report this month.

Stefano Sassi, chief executive officer of VFG, said the recapitalization shows “a strong belief in the company” and is a step “in the right direction with a more solid financial structure.”

Referring to the newly separated brands Valentino and Hugo Boss, Sassi said: “It is evident that these two companies operate in two different markets, distinctly characterized. It was the right moment to separate the two businesses, which will allow them to be more flexible, both operatively and strategically, to take advantage of new opportunities or future partnerships.”

Sassi added, “No deal is around the corner.”

The recapitalization was made in agreement with VFG’s lenders, Citigroup Global Markets Ltd., Mediobanca – Banca di Credito Finanziario SpA and Bayerische Hypo – und Vereinsbank AG, or UniCredit Group. With this move, VFG’s debt will be cut by one-third to about 1.5 billion euros, or $2.14 billion.

In a statement, VFG said changes have been made on the terms of the remaining debt to allow “additional financial flexibility,” granting Valentino an additional 100 million euros, or $142.8 million, of long-term facilities. Citigroup will sell its debt position to the shareholders, while Mediobanca and UniCredit Group will continue as lenders to the group, without reducing the nominal amount of their credit.

Permira bought Valentino two years ago for 5.3 billion euros, or $7.2 billion at average exchange rates. Permira has a 100 percent stake in Valentino and a 70 percent share in Hugo Boss.

VFG reported a net loss of 483.1 million euros, or $710.1 million, last year as a result of costs associated with the consolidation of the group and a writedown in the valuation of the company’s brands.