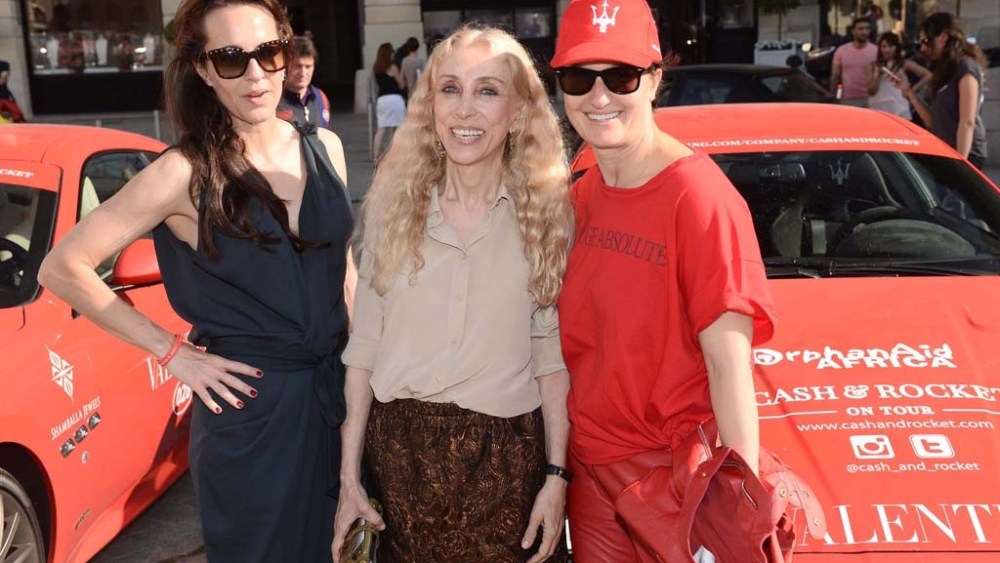 CODE RED: “It was exhilarating. I really enjoy driving fast,” former Victoria’s Secret angel Selita Ebanks enthused during the Paris stopover of the Cash & Rocket charity rally, which led 70 ladies from the worlds of fashion, movies and finance on a three-day tour from Venice to London.

The women raced in teams of two, each in a Valentino-red vehicle (the Roman fashion house was among the tour’s sponsors), including a Lamborghini Aventador and a Ferrari California. Jodie Kidd, Christina Hendricks and Daisy Lowe were among the pilots who raised money for Shine on Sierra Leone, Orphan Aid and Sumbandila, three charities the provide education, health care and family assistance to women and children in Africa.

Ebanks, a Shine of Sierra Leone ambassador herself, roared up the tony Place Vendome in Paris in a Bentley convertible. “My co-pilot was afraid to drive in the city, so I took over. I’m a New Yorker and a more aggressive driver,” explained the model-turned actress, who is to make an appearance in the July 9 episode of “Catfish,” MTV’s reality-based show about online dating.

Betony Vernon said she firmly believed in the cause. “By empowering women – and men – via sexual understanding, we empower our entire beings. I believe we are on to something,” she winked.

Vernon’s “Boudoir Bible” is to be released in Portuguese on June 11. “I guess they wanted it for the World Cup — the world cup of love,” mused the jewelry designer-turned-sexual-anthropologist.

Swapping their sweaty overalls for saucy cocktail numbers, the drivers partied at Valentino’s couture salon in Paris on Saturday night before racing on to the finishing line in London.

Valentino’s co-creative director Maria-Grazia Chiuri, in for the second year, said this race was easier. “I was very worried last year, because I had never driven a Maserati before, so I spent the first day in Barcelona with the Maserati team, and I said: “Please, you have to explain to me very well how it works,’” laughed Chiuri, who shared the car with Italian Vogue editor in chief Franca Sozzani. “She tweets a lot. That’s fantastic, because our job is to raise money,” said Chiuri, dubbing Sozzani “a digital woman.”

At press time, the Valentino team was in second position, topped only by Topshop heiress Chloe Green, who had amassed roughly $365,000.

Twenty percent of proceeds from a Valentino capsule collection designed for the occasion go to the African charities.