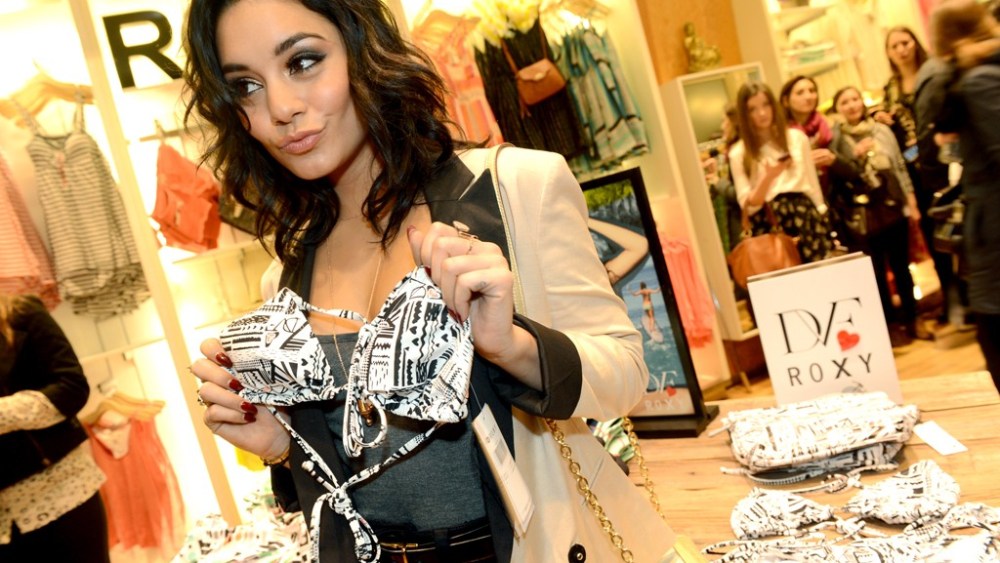 As a late winter bluster began in New York on Wednesday night, those dreaming of a sunny sojourn took refuge in the Roxy boutique in New York’s SoHo. The girls’ surf brand held a launch party for its collaboration with Diane von Furstenberg on a 35-piece collection. Shoppers puttered around the store in all its skater-surfer splendor, checking out the merch: string bikinis, Neoprene boardshorts, cotton cover-ups and beach totes, all in von Furstenberg’s signature sanguine prints. “This is so cute. I would totally wear this to the office,” one partygoer said to another, studying a fetching Aloha rash guard. Her comment was met with a raised eyebrow. “Why not? With a pair of high-waisted jeans?”

Kelia Moniz and Monyca Byrne-Wickey, the Roxy-sponsored pro surfers who feature in the collection’s campaign, posed for photographers and gave their compulsory remarks on the collection. “It’s not about looking sexy. It’s about function and fashion,” Byrne said after handing off a Champagne flute to a publicist.

“Aren’t the prints so fun?” said Vanessa Hudgens, who arrived shortly after, as she eyed a nearby rack. The starlet has spent much time as of late in a bikini while filming Harmony Korine’s much frothed over “Spring Breakers.” “I think spring break is starting this week, but I’ve actually never been. ‘Spring Breakers’ was like my only spring break experience,” Hudgens said. “But the most extreme and crazy version I would never want to ever actually happen to me.” The actress, insulated by the flurry of iPhone-wielding teens, smiled and waved as the crowd swelled around her, moving en masse as she made her way across the room.

“I love the beach but I’m not much of a surfer,” Hudgens offered before hamming it up for photographers, holding a bikini top to her chest, lips pursed. “I’m not a water girl. I don’t like getting my face wet.”