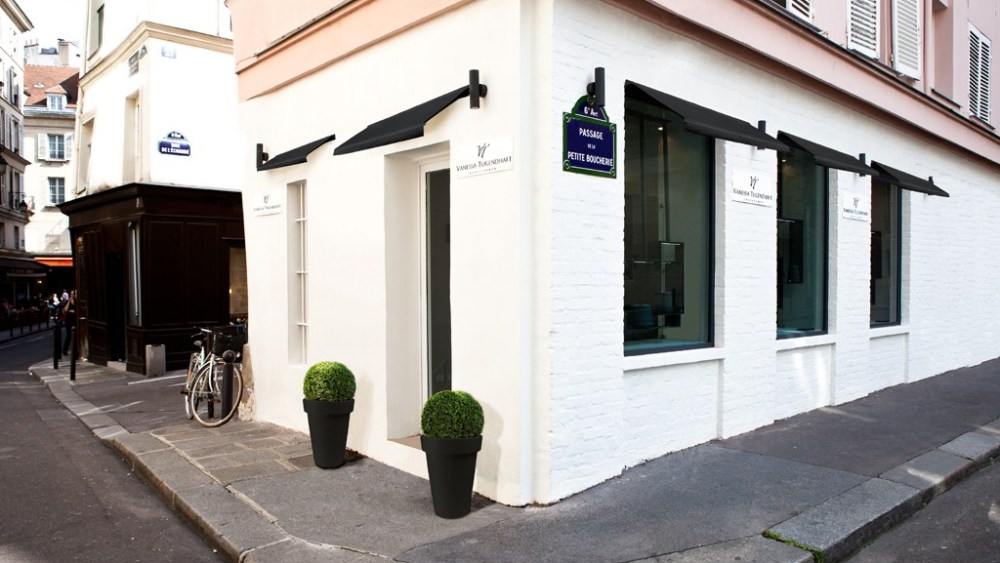 A GIRL’S BEST FRIEND: Jewelry designer Vanessa Tugendhaft aims to do something completely new with her first store, tucked behind the Saint-Germain-des-Près church on a corner of Paris’ Rue de L’Abbaye.

The 235-square-foot boutique, which opened in September, is intended to be a “diamond concept store,” the designer told WWD. As well as offering Tugendhaft’s jewelry collections and her diamond-encrusted handbag designs, it also features something she claims exists nowhere else in town — a “diamond bar.”

“The idea is that people come and sit at the bar and choose a single diamond, perhaps as a gift or keepsake,” the designer said.

Tugendhaft comes from a long line of diamond cutters and dealers in Antwerp, and she made her name with fine bracelets featuring a single small diamond set in gold and attached to a thin colored thread, famously worn by stars including Madonna and Kate Hudson.

Tugendhaft has since expanded with more elaborate designs, like roses and theatrical masks, that nevertheless remain lightweight and delicate, and in January will unveil a higher-end, heavier collection.

And this November, she will release a series of three fragrances — Or Blanc, a woody scent; Or Rose, a gourmand, and Or Jaune, a floral. All three 50-ml. fragrances, created by the designer herself, will be available in a trio of iterations, including a 595 euro, or $768.25 at current exchange, limited-edition version encrusted with a real diamond rose.

When the bottle is finished, the customer takes it back to the store to have the rose extracted and made into the piece of jewelry of her choice, free of charge. The standard, non-bejeweled version will sell for 75 euros, or $96.84.

Tugendhaft plans to offer the fragrance both in her own store and to jewelers and concept stores worldwide. Her products are currently available in around 200 locations globally, including four in the U.S., where they launched earlier this year.