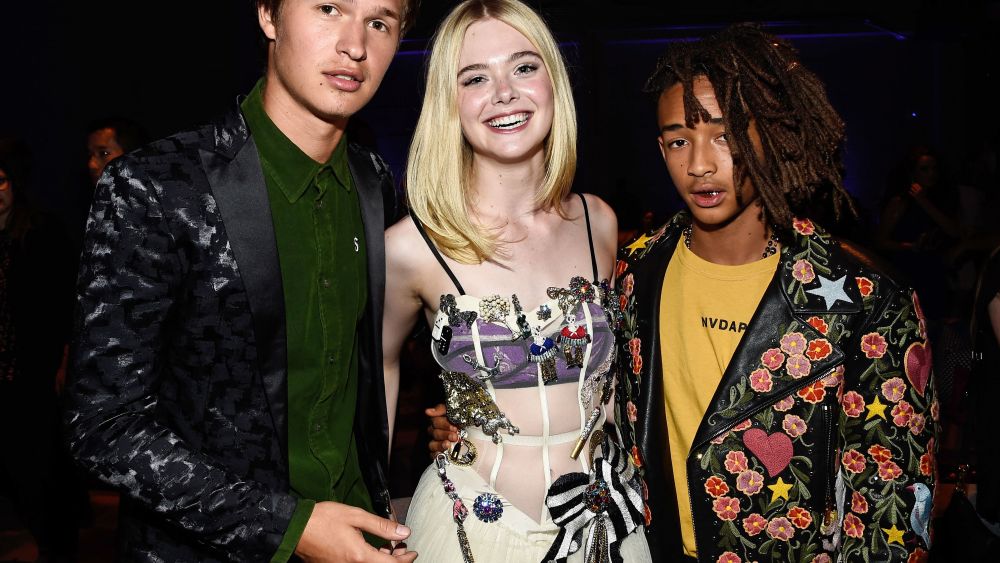 “I think they said this has to be 140 characters,” Ansel Elgort quipped at the podium while being honored at Tuesday’s Variety Power of Young Hollywood event. Held at Neuehouse in Los Angeles, the party drew cover stars Elle Fanning and Jaden Smith in addition to fellow honorees Cameron Dallas and Bethany Mota.

“There are so many talented people here,” Elgort continued. “I’m excited for us all to come up together and do great things in this industry and make great art. Hopefully we can all get to know each other and become friends. I’ve already made a bunch here tonight.” After giving Sophie Turner a shout out, Elgort later caught up with the “Game of Thrones” star by the bar. Due to the party’s heavy teenage turnout, all guests both young and old were ID’d at the door and given wrist bands for said bar.

On the red carpet, Fanning posed in a whimsical Marc Jacobs dress. “I thought it’s [a bit] like Madonna and it’s her birthday today. It’s Eighties Material Girl. That was the inspiration,” said the 18-year-old actress, who recently graduated from high school with fellow partygoer Ariel Winter.

Among the sponsors were Vince Camuto, Batiste, LORAC, The Children’s Hospital and new philanthropy app Pixhug, which donated to each honoree’s choice cause. (Fanning selecting REALgirl, which empowers young girls.)

Smith managed to snap selfies with a few fans as he made his way toward the party’s entrance. Once inside, the star of Baz Luhrmann’s new Netflix show “The Get Down” cuddled up to his girlfriend Sarah Synder on a couch before hitting the stage to discuss his involvement with charity Just Water. “When I was 12, I found out how many plastic bottles of water were floating around in the ocean and were killing fish and doing all types of terrible things to the environment and to us. That’s when I said, ‘Hey I want to do something different.’”

Philanthropic endeavors aside, the night was an excuse for Tinseltown’s teens and twentysomethings to meet and greet one another. Joe Keery basked in the newfound attention his breakout role in Netflix’s “Stranger Things” has brought. “Mostly, people want to take pictures sometimes of me or they’ll say hey. That’s been kinda cool,” he said.

As if on cue, “Ray Donovan” actress Kerris Dorsey admitted she’s been binge watching the show. “I’m hoping to meet him,” she said. “I’m like, freaking out.” Later in the night, she worked up the courage to say hi. “It’s a little, like, high school,” she added. “We all know each other through someone.” Peyton List agreed: “Everyone here is around my age — which is a rare thing when I’m at parties.”