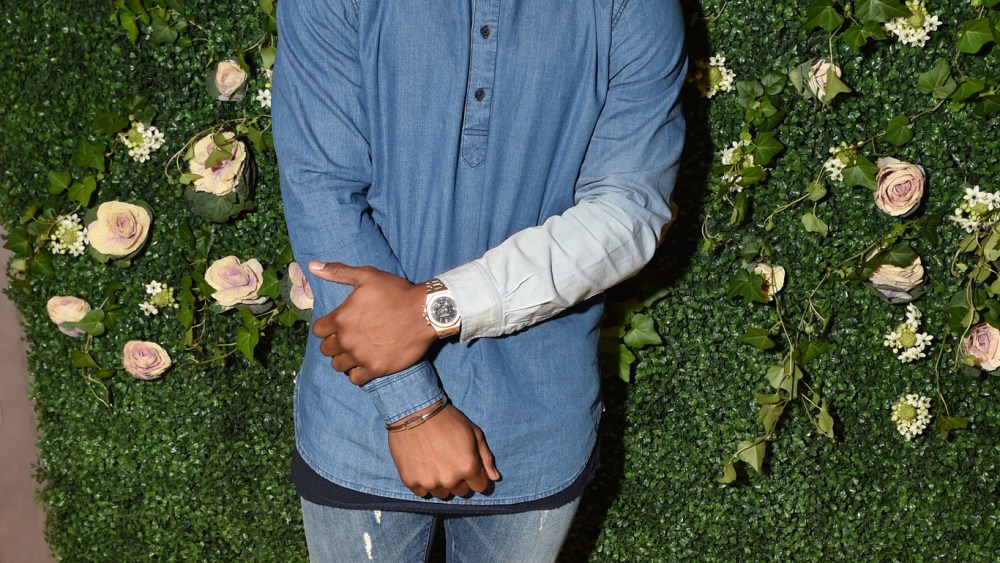 There are few things fashion folk love more than they do a collaboration, and on Tuesday night, downtown regulars were out to toast the latest, between denim brand 3×1 and athlete and occasional front rower Victor Cruz. Natalie Joos, Chelsea Leyland, Johannes Huebl, Vashtie Kola and DJ Kiss joined the footballer and his fiancée, Elaina Wately, both sporting button down chambray shirts from the collection, first for a cocktail at 3×1’s Mercer Street flagship and then for dinner at Bouley Botanical around the corner.

Cruz was quite hands-on for the project, even researching raw denim while traveling in Japan. “Not everyone is really passionate about denim,” said 3×1’s founder Scott Morrison. “The meeting we had was prior to [Cruz] going to Japan, he was so intense about doing research there. I love his passion — it’s the same passion that made him so successful on the football field.”

The line is exclusive to Farfetch, via The Webster Miami. “Denim is really coming back, especially for men,” said Farfetch’s chief merchandising officer Stephanie Horton. To her, Cruz makes an ideal celebrity partner, given how widely he is known for his style. “It’s a little bit [in] the simplicity. He’s very fashionable but in a very chic, simplistic way; it’s not over the top,” she said.

“I just so happened to be going, because a good friend of mine was going for a collection he was doing with his brand called Kith,” Cruz said of his time in Japan. “And while I was there I was like, ‘I’m going to use this trip for inspiration.’”

His findings? “There are so many different types of washes and colors. I went to a lot of vintage shops and saw patchwork — I saw these little baby overalls with patches all over them and I was like, ‘I want to take that and use that for my pieces,’” he said. “So that’s why you see some of the embroidery and patchwork on the items.”

Cruz’s favorite item from the five-piece collection? The indigo raw-edged wool trenchcoat, of which only a handful were made, as the fabric was limited. “We were able to get our hands on a bulk of it and make 11 jackets — well, 10, after I got mine,” he said. All the proceeds from the line will benefit The Victor Cruz Foundation.

Cruz, who was an ambassador of July’s inaugural New York Fashion Week: Men’s, said he is looking forward to the second round of shows, slated to start Feb. 1. “It’s still a little early to see, but it should be a lot of fun,” said the Givenchy frontman. “Fashion week in New York is always an amazing time, women’s or men’s — it doesn’t matter.”

When it came time to sit for dinner, another New York sports institution stole the spotlight from Cruz: the Mets were playing the first game of the World Series, and the crowd wanted to watch. Luckily, someone had the foresight to set up a projector, so the game was screened on a wall over guests’ heads, between bites of black kale gnocchi and kobe beef cheeks. Luckily, the blackout of the TV broadcast meant all the guests had plenty of time to eat dinner and get home to finish watching the much-delayed game.