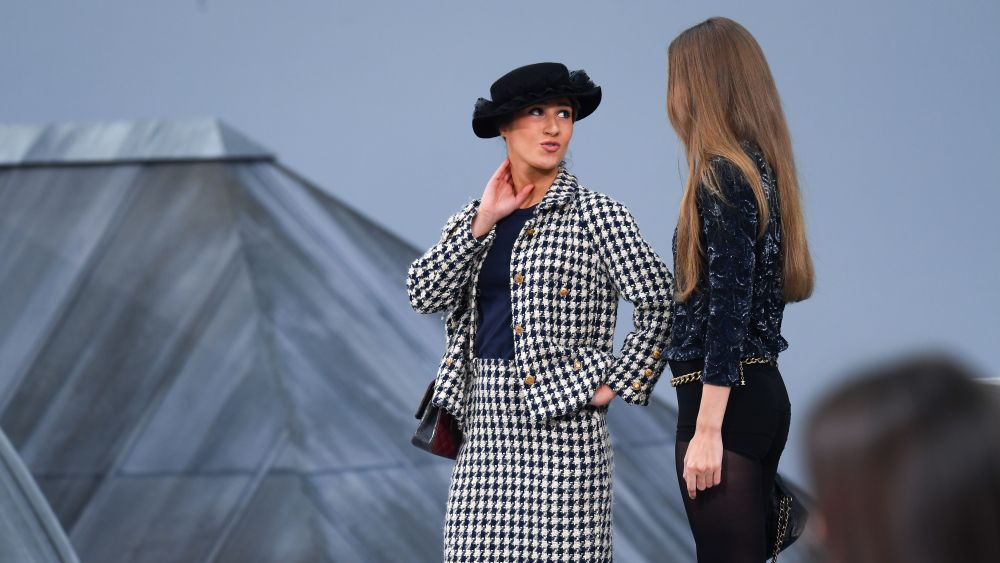 A spectator at Chanel’s spring 2020 show stormed onto the runway during the finale, inserting herself among the lineup of models as they traversed the Paris rooftop set at the Grand Palais.

With no security guards in sight, model Gigi Hadid took matters into her own hands and directed the intruder to the backstage area, a stern look on her face and her hand on her shoulder.

Dressed in a houndstooth tweed suit and a flat-topped hat, the crasher scrambled from the bleachers, negotiated a gutter in her pencil skirt and joined the parade. She glanced out to the audience as if to make sure someone was filming.

Cardi B, sitting front row at the show, commented on the incident. She said: “I loved the show. I got a little scared when homegirl flew out there.”

The crasher is Marie Benoliel, best known as Marie S’Infiltre, a comedian and YouTube personality with 199,000 followers on Instagram. The comedian has a one-woman show on now at the Comédie des Champs-Élysées theatre in Paris.

Security guards eventually raced out after Benoliel, but she had almost completed the circuit amidst the dozens of models.

Earlier in the week, Benoliel crashed the runway at the Etam show wearing silvery lingerie and a sleeping mask, and posted the images on her Instagram feed.

In a statement released five hours after the show, Chanel said: “This person is a comedian known for this type of prank. She had crashed another runway recently. Her presence on the catwalk was not planned. Security guards simply led her to the exit at the end of the show.”

WATCH: See the Moment a Woman Jumps on the Catwalk During the Chanel RTW Spring 2020 Show Finale