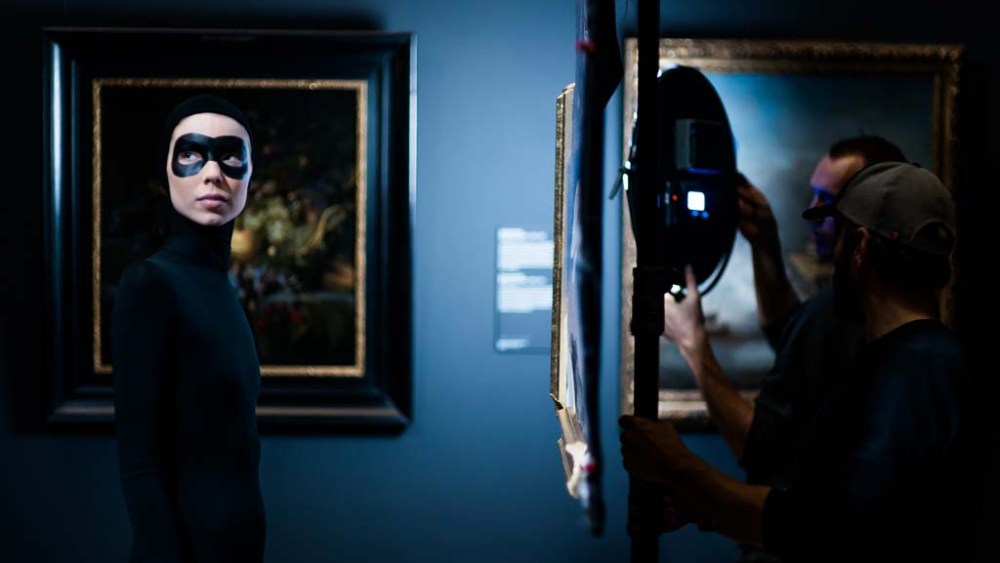 AND ACTION: Viktor & Rolf are turning to film.

The designer duo is marking its directorial debut with “Nightwatch,” a digital short film looking at the genesis of their fall 2015 couture show, also known as the “Wearable Art” collection.

In part inspired by the Dutch Masters exhibited in Amsterdam’s Rijksmuseum, Viktor Horsting and Rolf Snoeren had proposed dresses that turned into paintings or sculpture, blurring the lines between fashion and art — the designers’ favorite topic.

“Nightwatch” features Valentijn de Hingh as a nightly intruder to the museum, obsessed with “The Threatened Swan,” a masterpiece by Jan Asselijn dating to 1650, which eventually ends up as a motif on the woven jacquards the couturiers used for their arty couture robes, one of which had been snapped up by a collector before it was shown to the public.