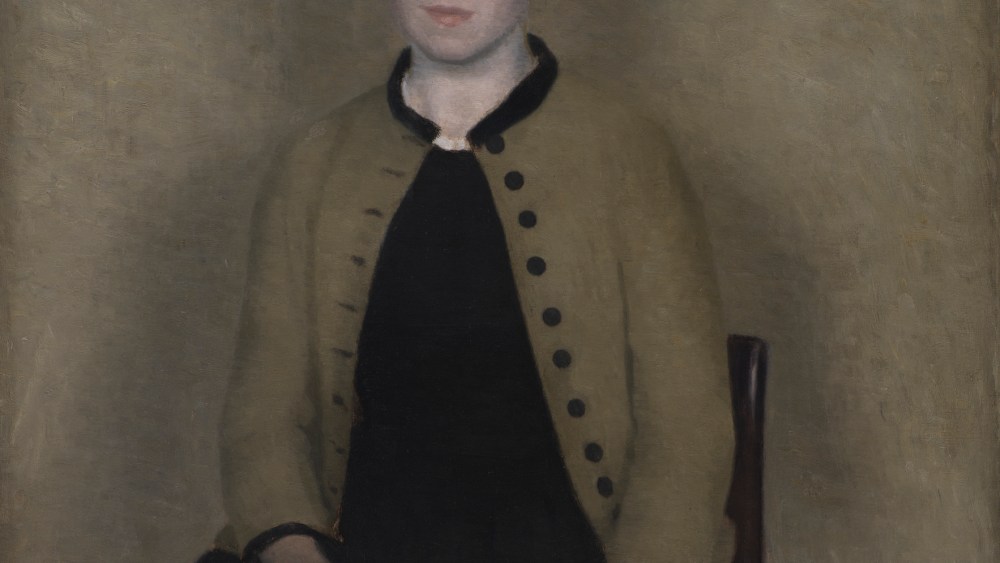 Painter Vilhelm Hammershøi, a noted Danish artist who lived from 1864 to 1916, had an international reputation during his lifetime, but it went into eclipse after his death. He has been rediscovered by international audiences in recent years as a result of two 2008 exhibitions, one at the National Gallery in London, the other at The National Museum of Western Art in Tokyo.

A new show of his paintings — which includes examples of all the genres he worked in, including architecture, interiors, landscapes and portraits — called “Painting Tranquility: Masterworks by Vilhelm Hammershøi from SMK —the National Gallery of Denmark,” will be at New York’s Scandinavia House from Friday through Feb. 27. The show was put together by Dr. Kasper Monrad, chief curator of The National Gallery of Denmark.

Hammershøi is known for his neutral palette and atmospheric paintings without human figures, or featuring just one.

As Monrad pointed out during a preview of the exhibition on Thursday, one of the painter’s first bids for official recognition created a scandal. In 1885, he submitted “A Portrait of a Young Girl,” picturing his sister Anna, for the Neuhausen Prize. He was passed over, and his fellow artists created an outcry.

“The problem for audiences of the time was, ‘We don’t know what this woman is doing,’” said the curator. “Is it a woman confined with no connection to the outside world?” He noted that Henrik Ibsen had published “A Doll’s House” in 1879, and that one interpretation of the painter’s solitary women, who often have their backs turned to the viewer, “identified the women with Nora isolated in her house.”

“Copenhagen was exploding with a lot of people, and, in his paintings, the things that people were looking for were not taking place. One of the country roads he showed [empty] was one of the ones with the most traffic at the time.”

Part of what makes Hammershøi’s paintings popular, however, he said, is that “there is no one single interpretation of them.” Monrad compares his paintings to those of the 20th-century masters Edward Hopper and Andy Warhol in “the emptiness” that gives them their atmospheric quality.