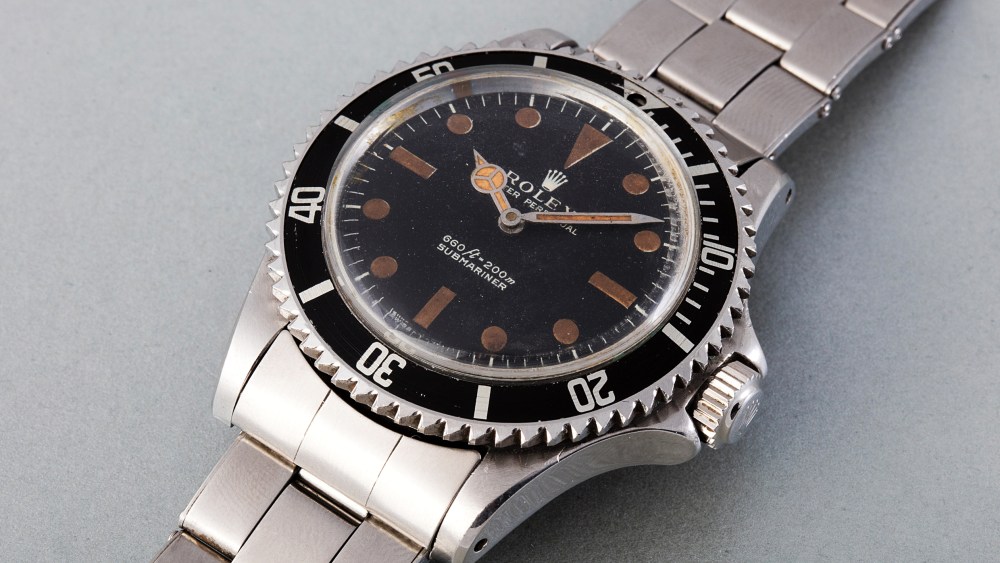 HAMMER TIME:  Just as “Spectre,” the new installment of the James Bond franchise, hits the screens this week, a vintage Rolex timepiece worn by Sir Roger Moore’s suave 007 in 1973’s “Live and Let Die” is going under the hammer next week at Phillips in Geneva.

The stainless steel Rolex Submariner 5513 is one of 203 lots at the Phillips Geneva Watch Auction: Two, which runs from Nov. 5 to 7. In the film, the modified Submariner watch was fitted with a magnet and used to unzip the dress of Miss Caruso, played by Madeline Smith. It was also customized to have its movement removed in order to incorporate a buzz saw feature that could cut through ropes.

The watch, which was made in 1972, is expected to fetch at least 150,000 Swiss francs (about $150,769 at current exchange). Signed “Roger Moore 007” with a black marker on the inside case, it will be accompanied by James Bond memorabilia, including three corresponding black-and-white framed movie stills, a “Live and Let Die” VHS tape, as well as the Christie’s South Kensington catalogue of the “James Bond” auction in 2001, when the watch reportedly fetched $37,560.

Also set to be auctioned are five Rolex “Paul Newman” Daytona watches made in the Sixties. The style, which has a particular type of hour index on the signature black dial with gold registers, was nicknamed for the late actor after he wore it in the film “Winning.”