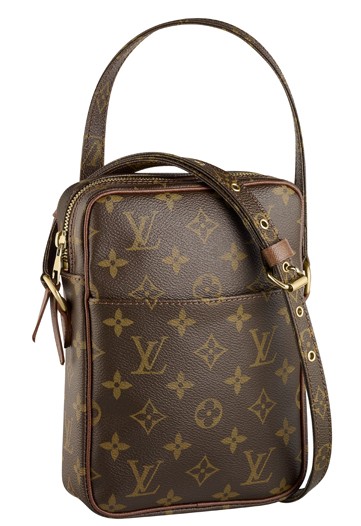 PARIS — When Rei Kawakubo goes out for the evening, she carries her essentials in what she describes as a “no-name black tote bag.”

And the maverick Japanese designer behind Comme des Garçons has so far resisted opening her wallet for Louis Vuitton, a powerful French luxury brand present in Japan for 30 years.

Not that any of this has stopped one of her most improbable and anticipated collaborations to date: designing evening bags for Vuitton, which will be unveiled next Wednesday at a temporary concept store in Tokyo’s trendy Aoyama district.

“We thought it was so interesting to combine two opposite worlds,” said Yves Carcelle, Vuitton’s president and chief executive officer.

The idea grew out of a conversation between Vuitton creative director Marc Jacobs and Adrian Joffe, Kawakubo’s husband, who’s president of Comme des Garçons International. “I admire and worship her and it’s the kind of thing that I think is so wonderful to do at Vuitton, where it’s such an iconic brand and that monogram and everything and, again, I’ve said all this before, but it’s so wonderful to have someone so outside of that thing take their look at it, their approach to it,” said Jacobs.

Letting Kawakubo interpret its famous monogram is being done on a small scale, compared with Vuitton’s ongoing collaboration with Japanese artist Takashi Murakami, whose multicolored leather goods have generated hundreds of millions in sales for the French firm. “We’re not doing it for the money,” Carcelle said in an interview Tuesday, describing small quantities compared with the brand’s forays with Murakami and the artist Richard Prince.

Indeed, the Kawakubo project demonstrates a willingness for the global giant to act locally, and to break out of what Carcelle characterized as “a world full of marketing, marketing.”

While Vuitton will operate the temporary store, located at 5-12-3 Minami, Kawakubo was given carte blanche to design its interior.

Underlining that it’s hardly a marketing-driven venture, Kawakubo placed the cash desk on the second floor of the boutique so as not to infect the purity of her store design, Carcelle noted.

Customers must visit the Tokyo boutique in person to place orders before the store goes dark sometime in December, with deliveries scheduled for 2009. Retail prices are to be disclosed Thursday on Vuitton’s Web site and the partners quietly build buzz ahead of the launch.

Carcelle called the collaboration a “poetic way” for Vuitton to quietly mark its 30th anniversary in Japan “and not do a commercial thing.” Yet, he allowed the French firm is likely to attract Comme des Garçons fans “who might not be our customers.”

Kawakubo has a knack for choosing unusual dance partners and this November will unveil a one-time Comme des Garçons for H&M collection, bridging another gap between a renegade independent and a corporate behemoth.

Asked if she thought there was much crossover between her clientele and Vuitton’s, Kawakubo replied: “Due to our clever coordination, I anticipate that the wall between us will disappear.”

Indeed, Kawakubo said she plans to cross a barrier herself.

“Funnily enough, I have never actually bought anything [at Vuitton], but I probably will buy a party bag next week,” she told WWD in an e-mail. “The best thing about such one-off events is the chance to arrive at something new from the meeting together of two different spirits.”

Asked if she viewed Vuitton as a peer, or her antithesis, Kawakubo replied: “I think the keeping up of the tradition of making bags from so long ago is wonderful.”

An innovator in collaborations and unusual and ephemeral retail formats, Kawakubo has used her Aoyama location for a series of temporary incarnations, including a Junya Watanabe “Happy Army Store” and a Colette Meets Comme des Garçons boutique.

For his part, Jacobs sees the Kawakubo collection as just another step in Vuitton’s ongoing program although, unlike with the Murakami and Prince collections, the designer had no input into the Kawakubo line. And even with those, Jacobs is reluctant to take much credit. “Creatively, where my part of the collaboration is, is actually the sending back and forth of e-mails and working like I did with Richard Prince or Takashi, or whether it’s just sort of the cheerleader for the idea. I’m not egotistically drawn that way. I don’t need the ownership of anything to that extent.”

Nor is he driven to do one collaboration after another — even if there is subtle pressure from Vuitton to continue them. “I’ve kind of warned everybody up there that I think they’ve gotten a little too into this idea which, I mean, is great,” Jacobs said. “I’m glad that everybody gets behind it, but what they don’t realize is that I do it at a pace that maintains the brand’s integrity and seems really right, and I think that sometimes everybody loves a good idea so much that they kind of go too far and it kind of kills it.”

For its part, Vuitton set up a temporary boutique within the Museum of Contemporary Art in Los Angeles in the fall when it was host to a Murakami perspective.

Meanwhile, the luxury giant continues its global advance. Carcelle said Vuitton just opened a boutique in Bahrain, its fourth new country this year, having already set up shop in Finland, Romania and Qatar.