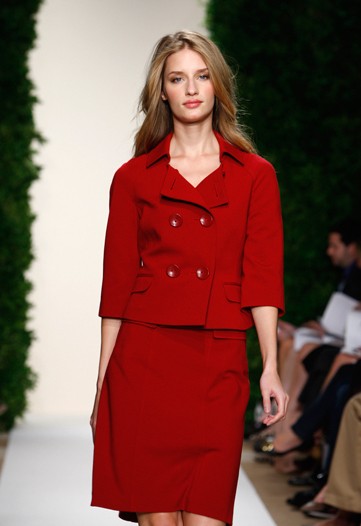 Wide-ranging influences, from self-made wealth and middle-class roots to shock at sudden economic strains and the rise of the simpler living and eco movements, could shrink luxury consumption even when spending loosens up.

These shifts to consuming less-exclusive, less-expensive goods may occur in as many as half the households with annual income of $100,000 to $250,000, according to new projections by PricewaterhouseCoopers and Retail Forward, which each month surveys people in 4,000 homes across the U.S.

Such spending is expected to be curtailed partly because of greater difficulties securing credit, even after the recession ends.

“The nature of credit availability will be fundamentally different when we come out of this, and there could be an impact on high-end fashion, electronics, home remodeling,” said Mary Brett Whitfield, senior vice president at Retail Forward. “It’s an equal-opportunity problem — even among the affluent.”

Just before the recession gathered full force last year, private labels from Nordstrom and Bloomingdale’s were favored over designer names such as Prada and Vera Wang among affluent women who were asked what brand of cocktail dress they prefer by The American Affluence Research Center consultancy.

Tahari was the group’s favorite label for dressy suits, followed by Ann Taylor and Jones New York. And when it came to luxury sunglasses, affluent women and men liked Ray-Ban, Maui Jim and Oakley the best. Gucci registered fourth.

Many of the country’s six-figure earners are trading down from the highest-end brands in tough times — and may be newly satisfied with such merchandise after the U.S. emerges from the recession, marketing experts predict.

“Most of today’s millionaires are self-made, first generation,” said Ron Kurtz, president of The American Affluence Research Center. That’s one reason 500 people polled by the group in September found contentment with good quality products: Many have not strayed too far from their roots.

There is a “psychodrama” unfolding, a sense that “I am at risk,” said Michael Silverstein, a senior partner at The Boston Consulting Group. He was referring to the low six-figure wage earners whom he said have done half the luxury spending since 2002, including smaller luxuries like a $65 box of special edition Godiva chocolates or a daily $3 cup of coffee at Starbucks.

“These consumers are one of the most important pockets of wealth in the U.S.,” Silverstein said. “They are college educated, the core of the upper middle class. There is a huge amount of [purchase] deferral in this population, including waiting for sales of 40 percent or more.”

Another damper on high-end spending has been a decline in the public’s optimism, despite the election of President Obama and the fresh start he has signaled. “Our tracking shows excitement about the new presidential administration, but only 20 to 30 percent are optimistic about a quick turnaround,” Whitfield said, citing Retail Forward’s monthly surveys of U.S. households.

With unemployment at 8.1 percent and rising and no upswing in personal income in sight, the upper middle class’s anxiety about when the recession will end is reflected in a “much heavier orientation toward saving and the preservation of capital as a top investment priority, replacing capital appreciation,” Kurtz noted.

“The bulk of the affluent are careful spenders and good savers; they tend to be unfairly characterized as conspicuous spenders and ostentatious,” he said.

Consumers are trading down in about 40 categories of goods and services — twice the number compared with before the downturn — and they are trading up in fewer than 10, Silverstein said. The relatively few things people are most willing to trade up for include fashion accessories and food, with more people eating more meals at home.

A savings rate now averaging 15 percent among the upper middle class is “unsustainable,” Silverstein maintained, projecting it is likely to fall back to around 5 percent when the economy and the public’s confidence improve. The resulting propensity to spend more could play out in a renewed desire to trade up — if in fewer categories than before — as marketplace competition for shoppers’ dollars keeps intensifying.

Others may be less interested. More Americans are becoming “satisfied with what they have” or are “coming under severe economic strain,” said pollster John Zogby, chief executive officer of Zogby International. About one in four Americans, including past and present six-figure earners, are making less than they were at a previous job. In the recessions of the Eighties that figure ranged around 14 percent, noted Zogby, who estimated 10 million affluent consumers have been cutting their outlays. “There is a permanence to this, a fundamental shift away from materialism,” he said.

“In the recent past, a broad market could afford luxury, but very little of it,” said Milton Pedraza, ceo of the Luxury Institute. “We won’t go back to the democratization of luxury.” Instead, Pedraza predicted, most consumers will buy luxury “sparingly” in years ahead and will be more discriminating, seeking “luxury that lasts.”