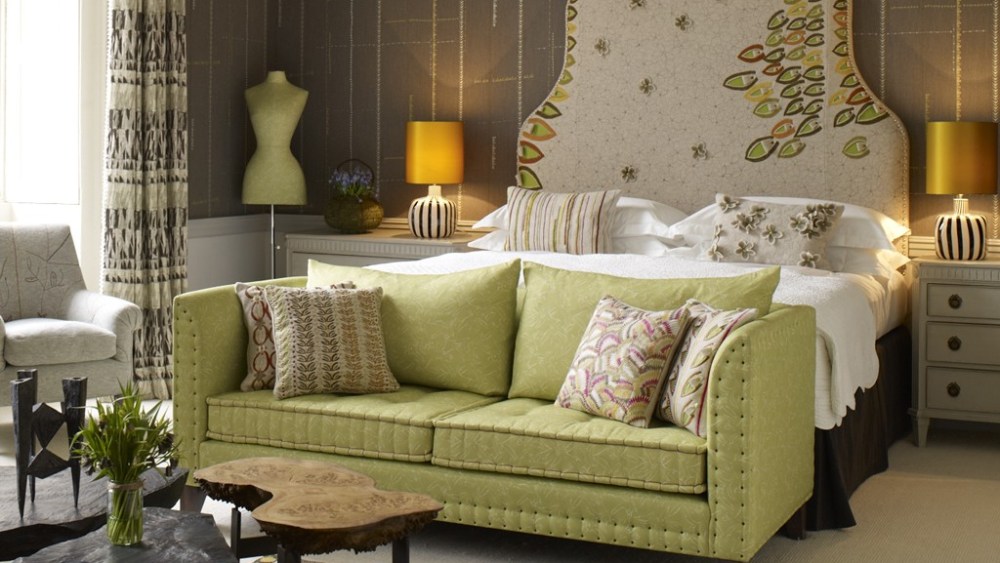 WOOL WORLD: An exhibition celebrating all things woolen has opened in the west wing of Somerset House. Wool House, curated by interiors stylist Arabella McNie, showcases wool in the context of fashion, interiors and artisanal crafts.

A life-size woolen “crochetdermy” bear by artist Shauna Richardson greets visitors before a series of rooms shows how the design community and fashion designers use the fiber in their work.

Three rooms are dedicated to fashion, including a Savile Row room with live tailoring displays from the likes of Norton and Sons, Hardy Amies and Kilgour. Two further rooms show the importance of wool in the industry, with a dress from Jonathan Saunders, a Giles jacket, and military-inspired pieces by Christopher Raeburn shown next to an original bomber jacket and an Irish Guards drummer’s dress uniform.

But the emphasis of the show is on interiors. The Campaign for Wool, the body behind the exhibition, has commissioned several leading interior designers to show their visions. Kit Kemp, owner of the Firmdale Hotel group, has created a bedroom that is a prototype for the under-construction Ham Yard Hotel; Josephine Ryan’s sitting room is an ode to wool in its more natural forms; Ashley Hicks channeled the masculine charm of Savile Row to create a study in suiting fabrics; and the curator herself put together a snug inspired by the ethnic heritage of wool.

Rug weaver Jason Collingwood has left his Suffolk base to take up the role of artisan-in-residence, for which he will weave on a table loom to show the heritage technique at work. The exhibition runs from March 13 to 24 and will hold a series of designer talks and events throughout the run.