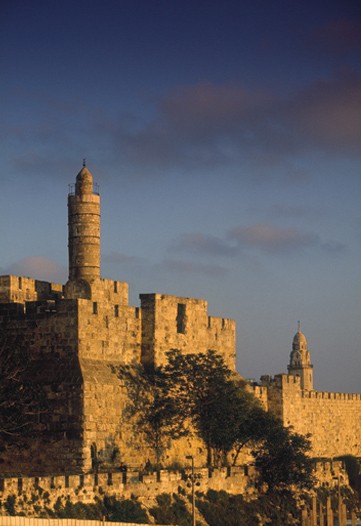 Israelis are all about being casual, from the clothes they wear to the hours they keep. Jeans are de rigueur at the office, hair is worn long and even the evening news anchors are always baring cleavage and skin.

It’s also a young country, which explains the casual attitude, in which nearly 30 percent of Israelis are below the age of 14, while only 10 percent are ages 65 and older. There’s a certain sabra attitude—the name for a prickly local fruit with a soft interior that is the country’s moniker—of staying young and looking the part whenever possible.

But this is also a country where the sun shines at least eight months of the year and the pressures of life are intense, from political crises to having one’s 18-year-old children conscripted into the national army for two to three years. Those kinds of tensions have made Israelis seek products that help them look better and feel good about themselves, to the tune of some $680 million each year, according to recent Euromonitor figures. Of that, about $223 million is spent on hair care, $212 million on fragrance, $133 million on makeup and $101 million on skin care.

In 2008, the cosmetics and toiletries market in Israel witnessed the slowest value growth rate in more than a decade, although it still managed to show growth in both value and volume terms.

The cosmetics and toiletries market in general is expected to grow positively. However, in the early part of the forecast period, the global financial crisis is expected to have a significant impact on the Israeli market.

Consumers are expected to trade down to mass brands, especially in color and skin care, Euromonitor reports.

As local companies have discovered resources and innovations that work in the domestic market, they have begun marketing their products abroad, to the tune of some $250 million each year, according to the Israel Export Institute. A large portion of Israel’s exports are based on cosmetics and toiletries from the Dead Sea, a salt lake with an extremely high mineral content (see sidebar). There is also a significant portion of cosmetics and related products that are manufactured as private label products for international companies.

In the local market, some 20 companies produce around 90 percent of Israel’s total cosmetics turnover, including Dr. Fischer, Careline, Interbeauty and Ahava Dead Sea Laboratories, according to the Israel Manufacturers Association. Careline is a subsidiary of Perrigo International, but with a line of brand names—Careline, Natural Formula, Shuki Zikri, Skin Guard and others—that are well known on Israeli drugstore shelves.

With the constant, strong sun exposure, many Israeli cosmetics companies emphasize skin care. Whether it’s issues of age, the strong light or the different ethnicities possessing a range of skin tones, the focus has been on creating creams that offset those concerns.

Israelis are willing to spend on skin care. Careline has found that Israelis will replenish their skin care products about every three months. Makeup is more of a mood purchase here, and one that older women tend to invest in more than younger.

“There’s a major influence in Israel of the young on the older generations,” says Iris Sade Friedman, manager of cosmetics marketing for Careline. “Israelis want to look younger and you have to work hard here for that, because of the sun, the quality of the air and the desert sands that can blow for days on end. You don’t have that kind of weather to contend with in Europe. It wreaks havoc with your skin.”

But Israelis weren’t always so careful about the effects of the sun—or sand—on their skin. Women of a certain age often talk about sitting on the beach without applying sunscreen and using baby oil or similar products to further their tans.

Dorit Vidovsky, spokesperson for L’Oréal Israel, says Israelis are different now and the percentage of women using beauty products is higher while their age is younger. “Israelis once had other priorities, including just survival. Now they’re much more Zen and more concerned with themselves,” says Vidovsky. “They’re aware of the innovations in beauty care and they want to take advantage of those innovations.”

At the same time, Israeli women have joined their global sisters in the kinds of beauty care products they seek, says Vidovsky. While Israelis may have more dry skin or age spots than European or American women their age, they want to look younger and are willing to spend money on the products that will help them look better.

What is specifically Israeli about their approach is that Israelis love new products and are constantly seeking out what is new and different, which has resulted in an unintended—and beneficial—consequence for beauty companies.

“Israel is an incredible market for brands to test new ideas and concepts,” says Ido Leffler, chief executive officer of Yes To Carrots. “It’s a very multicultural society for such a small market, and as such, you get a wide, dynamic viewpoint of how people are going to feel about your product. For us, that’s been a significant advantage point.”

They’re also willing to spend whatever necessary to get the results they want. Euromonitor reports Israeli manufacturers have tried to add value in an increasingly saturated market by creating more technologically sophisticated products, emphasizing more “professional” characteristics in terms of functionality.

“Our strategy is that for each age, we offer the different products that are needed,” says Careline’s Sade Friedman. “We have seven different lines, each one for a different population and age—from teens to 20s, 30s, 40s and onward.”

Despite the strength of local mass market manufacturers, Super-Pharm, an international drugstore chain with 137 stores in Israel, reports that the current trend among Israelis is to buy niche, luxury cosmetics, or masstige, if they can’t afford the real thing. The top prestige brands are Lancôme, which is considered by Israelis to be the number-one cosmetics luxury brand, followed by Dior, Guerlain and Estée Lauder. When Israelis spend their shekels on luxury cosmetics, says Daniel Luzon, Super-Pharm’s vice president of commerce and trade, it will usually be for facial cream.

“We’re seeing a split of about 73 percent of consumers buying mass products, as compared to 24 percent buying luxury,” says Luzon, “and the buyers are between 30 and 60. If they’re buying makeup, they’ll spend the money on mascara, then blush and then lipstick.”

Newness drives the market in fragrance. If a designer comes out with a new fragrance, Israeli consumers want to try it, and will often have more than three different fragrances that they use on a regular basis.

But while Israelis like to buy luxe, they still generally buy their beauty products in drugstore chains and supermarkets. As chains such as Super-Pharm have grown in number, Israelis like the convenience of meeting all their drugstore needs in one place, from toiletries and pharmaceuticals to makeup and skin care. That’s somewhat of a departure from the previous regime of family-owned pharmacies.