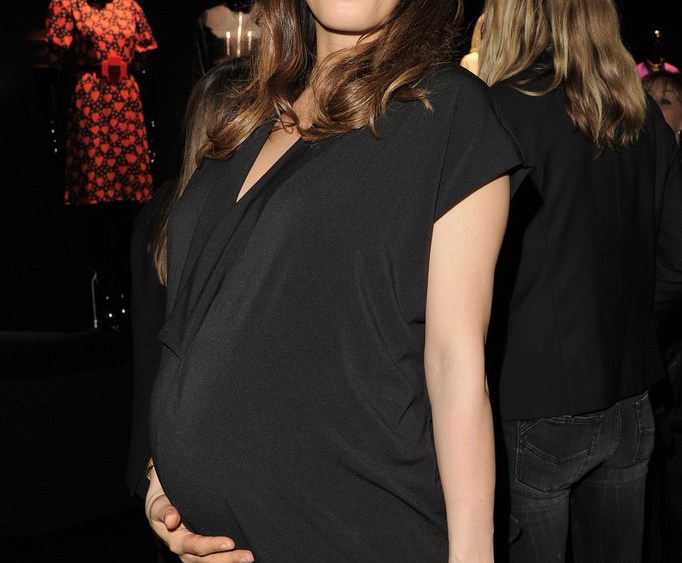 SCENT OF SUBVERSION: YSL Beauté’s double celebration Tuesday evening in Paris marked both the 50th anniversary of the brand’s first fragrance, Y, and the arrival of its latest women’s scent, Black Opium, a rock ‘n’ roll-inspired interpretation of the 1977 classic.

Guests including Dolores Chaplin, Ali Mahdavi and Aïssa Maïga browsed an exhibition featuring ad visuals, movie campaigns, packaging and Yves Saint Laurent designs from across the years in a private mansion in the 16th arrondissement. Afterwards, they were whisked away in an army of black vans to a secret location where the new fragrance and its face were to be revealed.

“I hope it’s someone subversive,” said Mahdavi, hiding behind a lacy tattoo-style eye mask. “Opium is a subversive fragrance. I don’t think that today, with marketing constraints and everything, anyone would dare to bring out a fragrance called Opium,” added the quirky artistic director and photographer, who has shot campaigns for fragrances including Thierry Mugler’s Angel in the past.

Other guests reminisced about memories of YSL fragrances, especially Opium.

“When I was a little girl, my mother used to wear Opium,” said the heavily pregnant Chaplin, who is expecting her first child, a boy, in June. “When I smell it, it’s like going home.”

The actress said she is only taking a couple of months off before going back to work in September on a new movie project with her sister Carmen.

“It’s like Proust’s madeleine — fragrance is very evocative of memories. One evening, I fell head over heels for a guy because he smelled of L’Homme Yves Saint Laurent,” she said.

Maïga, who is currently working with South African director Oliver Schmitz on her first English-language film, also had strong recollections of a relative who wore Opium.

“I remember admiring the bottle for hours. It was something I was forbidden to touch, and it represented the essence of femininity to me,” she said.

For Canadian actress Gabrielle Lazure, scent is part of her character building process when taking on a new role. “In the same way I would choose a costume, I choose a fragrance. It somehow gets you in the mood,” she explained.

Later in the evening in the secret venue — an industrial-style space on the roof of the Portes de Versailles exhibition center with a clear view of the sun setting over the Eiffel Tower — YSL Beauté international general manager Stephan Bezy revealed the ad campaign for Black Opium, out in September.

Designed to evoke a darker spirit for the brand, it was shot by up-and-coming director Daniel Wolfe and features British model Edie Campbell running through the streets of Shanghai.

Campbell herself confessed to being not much of a fragrance user. “I more often than not smell of horses,” said the avid rider.