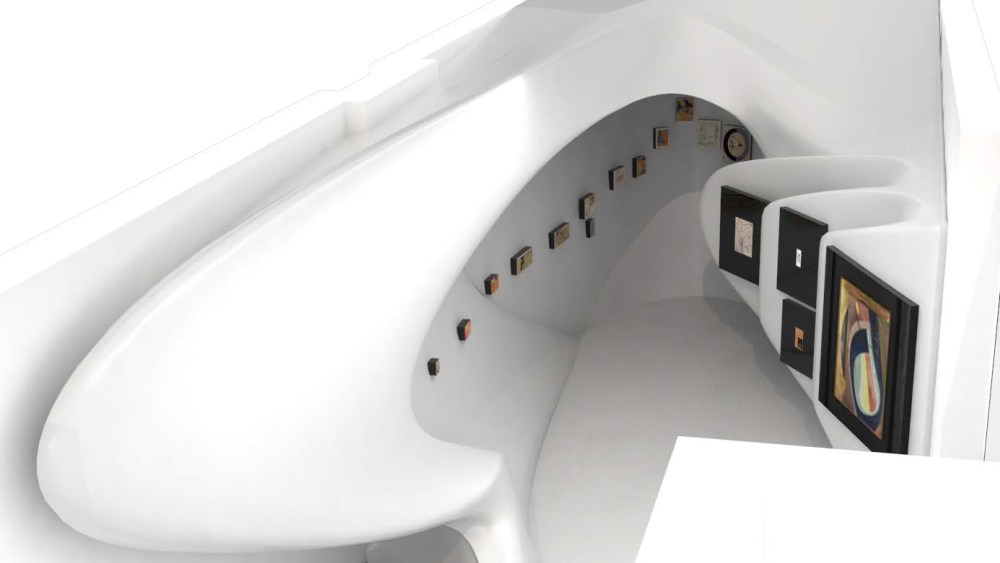 CURVES AHEAD: The Mobile Art contemporary art container that Zaha Hadid created for Chanel in 2008 thrust her on to the radar of the international fashion flock, which couldn’t get enough of her curvy, futuristic buildings and forceful personality.

Before she died last March at age 65, the acclaimed Iraqi-British architect created another otherworldly white space for art: It is to house a major Kurt Schwitters retrospective at Galerie Gmurzynska in Zurich, slated to open June 12 and be reproduced at the gallery’s booth at Art Basel, also this month.

According to Mathias Rastorfer, director of Gmurzynska, Hadid was fully implicated in the entire project, and it will be her final major art installation, an interpretation of Kurt Schwitters’ Merzbau, the name given to the Hanover house he transformed with grotto-like forms in the Twenties and Thirties.

Rastorfer noted that Hadid’s “adoration of Kurt Schwitters work is lesser known and will become fully apparent when seeing our exhibition.”