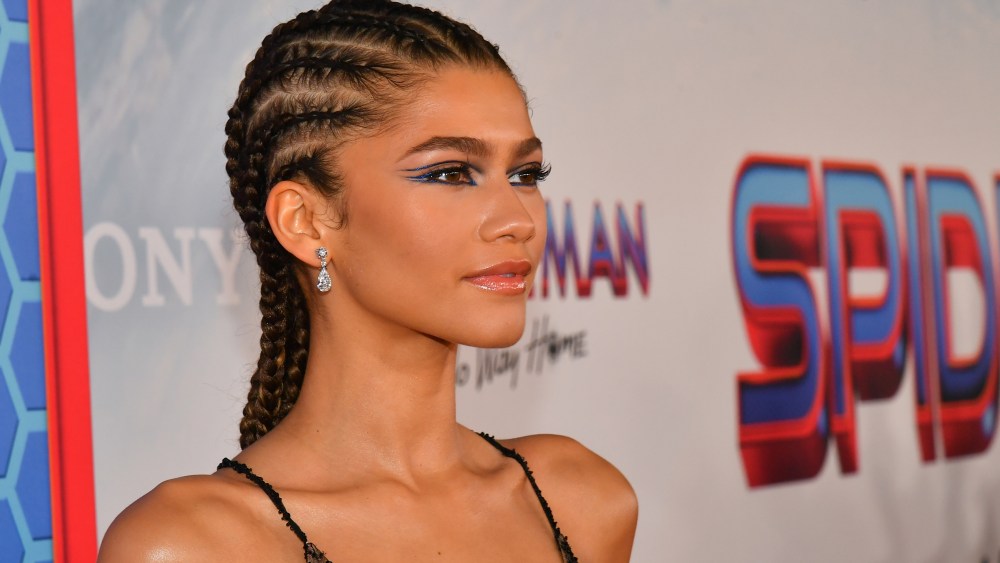 Zendaya continued her streak of giving a nod to her films through her fashion at the Los Angeles premiere of “Spider-Man: No Way Home.”

She paired the look with diamond jewelry from Bulgari, wearing 7-carat pear-shaped diamond earrings set in platinum and two diamond rings. In total, Zendaya wore more than 27 carats of diamonds on the red carpet.

The actress is a brand ambassador for both Valentino and Bulgari, signing with both brands in 2020.

Zendaya, who was awarded with this year’s CFDA Fashion Icon Award in November, has made it a habit to give a nod to her many roles and films on the red carpet through her fashion. She’s done this several times already on the “Spider-Man” press tour, first wearing a vintage Roberto Cavalli gown with a golden spine detailing that referenced villain Doc Ock’s mechanical arms at the Ballon d’Or Ceremony and then again at the London photo call for the film where she wore an oversize Alexander McQueen blazer that featured crystal embellishments placed in a spiderweb design.

This practice was also seen during the actress’ press tour for “Dune” in October, where she wore looks from Balmain, Vivienne Westwood, Rick Owens and others that referenced the film’s sci-fi themes.

She also previously gave a nod to Spider-Man at the franchise’s premiere of the second film, “Spider-Man: Far From Home,” in 2019 when she wore a black and red sequined Armani Privé gown that referenced the new Spider-Man costume that debuted in that film.

Zendaya attended the “Spider-Man: No Way Home” premiere with her costar and boyfriend Tom Holland, as well as stars including Benedict Cumberbatch, Benedict Wong, Jamie Foxx, Jacob Batalon, among others.

“Spider-Man: No Way Home” hits theaters on Dec. 17. Click through the above gallery to see more photos from the premiere.