The first discrepancy between a virtual gala and any given IRL social event was the promptness of its attendees: it had only been roughly  10 minutes past the official start time of “Zoomtopia,” the first virtual gala hosted by Larry and Toby Milstein last Thursday evening, and already some 100 people were logged on.

Read about the making of the first virtual gala here

The Milstein siblings had rallied many of New York’s usual social crowd to gather on their computers for an evening of entertainment, cocktails and fund-raising, with the $25 suggested donation price benefiting the WHO’s COVID-19 Solidarity Response Fund and the International Medical Corps (by the evening’s end, more than 200 people had “attended” and more than $20,000 raised).

Ty Sutherland played DJ, as participants were put on mute and bopped along from their quarantine shelters, be it Manhattan apartments or Long Island family homes. Attire ranged from a masquerade mask, a hot pink tulle dress, a gray top hat, a fuzzy robe worn over a dress shirt and the potato filter, for one shy attendee. AirPods were the night’s hottest accessory.

The evening’s first performer, Anna of the North, called in from Norway, dressed for Zoom in a sweatshirt and turtleneck and a can of Tuborg beer at the ready next to her.

“It’s really new to us, this livestream thing, but I hope it sounds as good as we can,” she told the virtual crowd. “Feel free to sing along and dance — I can see you but I cannot hear you.” Much of the crowd accepted her challenge.

Following a set of a handful of songs, ending with “Dream Girl,” Sutherland was back in action, taking charge of the speakers again to surprise and delight with Cher’s “Believe.” Clipping along concisely, the programming shifted to mixologist Pam Wiznitzer, who gave a demo on cocktail making (guests had e-mailed recipes beforehand, for a Manhattan and a martini).

Once properly imbibed, attendees were treated to an acoustic set from Trevor Dahl of Cheat Codes, from his home in Los Angeles.

If it all sounds a bit disconnected, sure, it had its moments. But it was also remarkably high-energy and overall created a more positive feeling than many events.

Chalk it up to weeks of social deprivation, amidst a usually busy time for the New York social set at that. But people showed up, danced, drank and donated. A gala success. 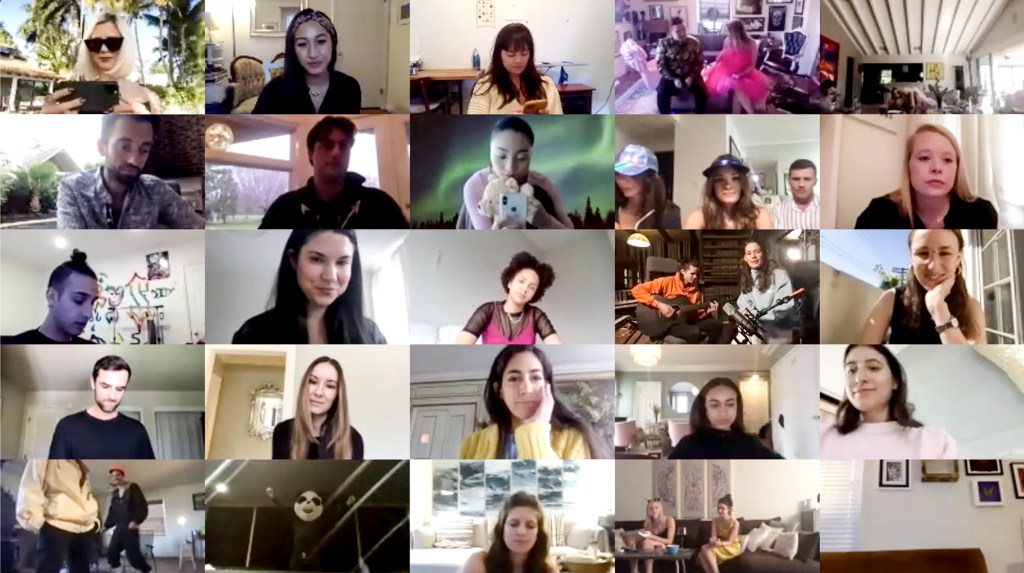 Five Podcasts to Queue Up While You’re Stuck at Home