This year marks the 40th anniversary of Ghurka. 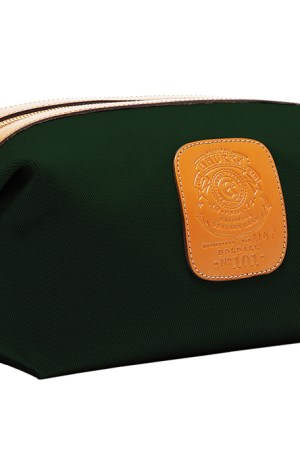 At Fendi’s Fall 2021 Men’s Show, Bags Were a Highlight

This year marks the 40th anniversary of Ghurka, a leather goods brand that was inspired by the venerable British Brigade of Gurkhas regiment, which itself is celebrating its 200th birthday in 2015.

To commemorate both milestones, Ghurka has opened its first London shop inside Fortnum & Mason, which offers its full collection of leather goods. The shop is also offering a special capsule collection that the brand designed in partnership with the Gurkha Welfare Trust, an organization that provides resources to retired Gurkha soldiers. Twenty-five percent of the proceeds from the sale of the capsule — which includes a hand-numbered limited-edition duffle, backpack and holdall in the Gurkha’s regimental colors of green and red — will go to the organization. They will sell for $2,495, $1,695 and $550, respectively. Ghurka has also created an Officer’s Field Set consisting of a leather footlocker, chairs and an umbrella that will retail for $17,500.

Much pomp and circumstance is being planned around the Gurkha regiment’s anniversary including a Royal dinner at the Royal Hospital Chelsea on June 9, a Mounting of the Guard at Buckingham Palace and an attempt by the Brigade of Gurkhas to summit Mount Everest.