President and ceo Chris Koch looks back on the company's 100 years and upcoming collaborations with Daniel Arsham and others.

The world looked much different when New Era hat company was founded by Ehrhardt Koch in 1920.

The leap year began with the signing of the Treaty of Versailles, ending World War I, most women in the U.S. were just granted the right to vote with the passing of the Nineteenth Amendment, the U.S. was in the beginning of Prohibition and in the midst of a depression that kicked off the decade that would be known as the Roaring Twenties.

Koch in that year, parted ways with a haberdashery to start E. Koch Company, renamed New Era in 1922, in Buffalo, N.Y., with a loan from his sister. Although a paperboy cap, one of his earliest creations, would set the foundation for the company, it’s actually Koch’s son, Harold, who noticed a decrease in demand for fashion caps and decided to put the focus on baseball caps instead.

Harold in 1934 began producing caps for the Cleveland Indians, which coincidentally won its first World Series Championship in 1920, and he developed the company’s signature 59Fifty cap. He would also sell the design directly to Major League Baseball teams long before licensing deals existed. Harold’s son, David, took over the family business and, during his tenure, made the company the exclusive supplier of on-field caps for the MLB in 1993 before passing the torch to his son and current president and chief executive officer Chris Koch in 2001.

New Era was a witness to many key moments in U.S. and world history and this year will celebrate a milestone that many private and public businesses never achieve.

“It’s a pretty exciting and proud moment, and the bigger thing of it being [is that we’re still] privately held and run by a family member,” Koch said. 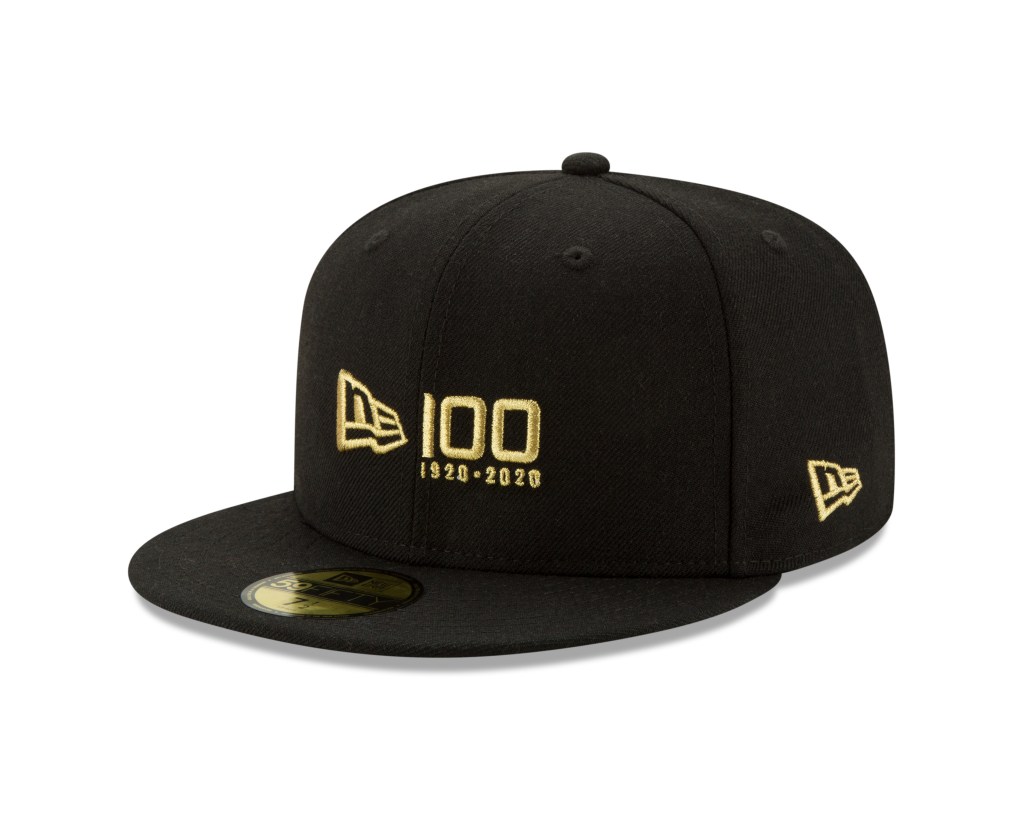 The New Era 100th anniversary cap, one of many commemorative caps launching this year.  Courtesy of New Era Cap

Some of the company’s first collaborations with fashion designers and brands launched in the early Aughts with Yohji Yamamoto and streetwear brands Supreme, Stussy and Undefeated. The company would later work with Public School, Kith and Jerry Lorenzo, who put his spin on the Detroit Tigers logo, as a nod to his father, Jerry Manuel, who played on the team in the mid-Seventies.

“Lorenzo went to the Tigers for approval,” Koch explained. “That was cutting edge and had never been done before, and that’s something we look for. We get calls every week to do collaborations, but we like to look at the ones that will be new, unique and something exciting.”

The company’s cultural significance led to a partnership with the Museum of Modern Art for the “Items: Is Fashion Modern?” exhibit and inspired Gucci’s Yankees cap moment. But its first brush with fashion was actually with filmmaker Spike Lee.

“I didn’t understand why he wanted a red Yankees cap, and he said it was because nobody has one,” Koch said. Lee had requested a red New York Yankees cap to match the outfit he planned to wear to game three of the 1996 World Series. Koch added, “After he wore it, we were getting calls from boutiques and fashion stores that we had never done business with.”

Koch said working with Lee in 1996 is when the “fan business” became the “fashion business” and where consumers wanted “something where I can represent my city or where I’m from, how it hooks up to my clothing and really my sneakers.”

Under Koch’s leadership, New Era established headquarters in Europe, Asia, Central America and Australia, and inked official cap and outfitter deals with the NFL, the Canadian Football League, The NFL Scouting Combine and Major League Soccer as the official sideline cap for the league. The company holds more than 500 licenses and this year will be the official headwear supplier of the Australian Open.

“I feel that because we’ve been privately held by the family, we make the right decision even when it’s the hard decision and we always look at the long term and how is that going to pay off,” Koch said. “The international business took a long time and a lot of money, and a publicly held company wouldn’t put up with losing a lot of money over 10 years.”

The international business accounts for 40 percent of the total business and is comprised of product available in the U.S., products unique to specific regions, and licensed business with U.S. leagues like the MLB, NFL and NBA and local partners in sports and fashion, including soccer in the EMEA, Mexico and Latin America.

Koch said New Era has posted steady growth every year and double-digit growth every year internationally but would not discuss sales or revenue figures. He said the U.S. market is mature, but sees growth opportunities in its apparel and accessories business that is performing well in Asia. The company produces licensed apparel, including T-shirts, hoodies and jackets, branded heavy winter jackets and coats, and branded backpacks, golf accessories and travel accessories for the recently launched Business Pack Collection in Japan.

“I feel like it’s just the beginning of a whirlwind tour in 2020,” he added. “Very excited and blessed that my father believed in me and let me take the helm for the fourth generation and every day I get excited to do what I’m doing and it’s super exciting times for the brand right now.”