STREET SIGNS: The Making of a Celebrity Sneaker Deal

Ahead of Future releasing the Furykaze sneaker, WWD explores the partnership, which helped revive Reebok’s Classic line, and how these celebrity collaborations have evolved. 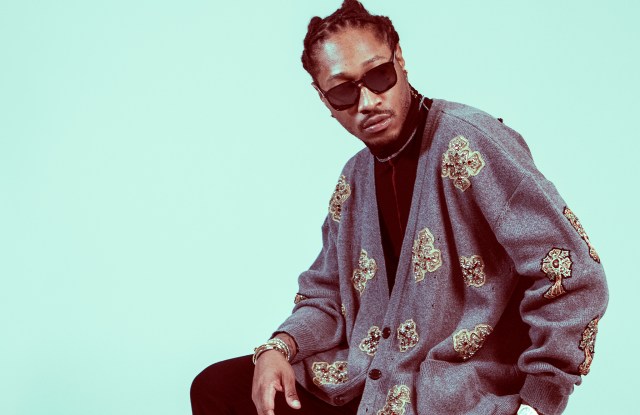 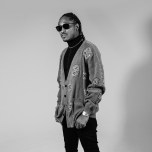 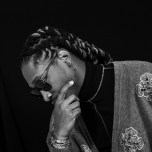 The relationship began in 2015 when the company started seeding the artist, whose real name is Nayvadius Wilburn, with shoes to wear. Then the team began attending his shows, inviting him to Reebok’s headquarters in Massachusetts and detailing how both parties could help each other.

“They made an effort to connect with him,” said Ebonie Ward, Future’s brand manager. “It wasn’t about sending e-mails. They told him they didn’t want to take advantage of him as an artist and use his fan base. They wanted to build a partnership with him. That’s what sealed the deal with Future. It wasn’t about him throwing on a pair of shoes and thinking people are going to just buy them.”

Athletic companies tapping celebrities, specifically hip-hop artists, isn’t a new concept. In fact, 14 years ago, Reebok offered Jay-Z a deal — the first of its kind — that led to the commercially successful S. Carter sneakers, which, when released, were one of the brand’s best-selling products. But the structure of today’s deals, and the climate around them, has evolved and Future’s relationship with Reebok reflects how the market has shifted.

Future signed with Reebok in 2016 and has played a supporting role in relaunching classic styles — the Instapump Fury Overbanded — and newer designs — the knit Zoku Runner — via promotional events and Instagram posts. But on Nov. 11, he will release his own signature silhouette with the brand called the Furykaze, which combines two of Reebok’s classic sneakers: the Instapump Fury and the Kamikaze. The suede sneaker, which will come in a cream colorway with a gum sole, will retail for $250. This is a higher price point for Reebok, which is positioning the shoe as aspirational and distributing it to specialty sneaker boutiques including Shoe Palace, Villa, DTLR, Sneakersnstuff, Bodega and Wish.

“We had been watching Future for a while and thought he was a stylish persona who was separating himself from the pack,” said Todd Krinsky, the general manager at Reebok Classic who also brokered the deal with Jay-Z. “The South is a huge market for us, so with him being from Georgia, that was great. We were reintroducing our Classic line to the marketplace and we needed someone like him with a strong voice.”

The pairing seems to be working. During the second quarter, business at Reebok was up 5 percent and top-line improvements were driven by strong double-digit sales increases in the Classic line. All distribution channels saw double-digit growth, specifically from e-commerce, where revenue grew by 66 percent.

According to Krinsky, in 2003 when Reebok worked with Jay-Z — which led to collaborations with other artists including 50 Cent, Pharrell Williams and Nelly — these tie-ins were less about the brand and more about the artist. Reebok was allowing musicians to have their own subbrands under the now-defunct RBK lifestyle line and design signature shoes. But once the deals were over, Krinsky said, Reebok lost buzz because the artist hadn’t directed any attention to the company’s preexisting sneakers.

“Now we look to have the personality and creative spirit of the artist come through, but we want the brand to come through first,” said Krinsky. “We aim to drive iconic Reebok models through the artist partnership. The reason why the Furykaze works is because it’s a part of our archive and Future has put a big spin on it.”

“As we’ve pushed to drive into fitness more, we’ve gotten out of having so many athletes,” said Krinsky. “In the world we live in, and a lot of pure marketers don’t want to admit it, but celebrities influence fashion. They influence culture and with social media it becomes bigger and bigger. We want to reach as many consumers as possible so that we can and stay relevant.”

Krinksy said for Reebok, being relevant today means aligning with disruptors like Future who not only wear the product well, but also have a bigger story to offer. And because customers have become inundated with brand and artist collaborations, the onus is on Reebok to foster dynamic partnerships as opposed to just hiring someone to be a face for the company.

Due to these changes and their social media platforms, celebrities now have more leverage creatively and financially when working with athletic firms. Kanye West jumping to Adidas in 2013 when he wasn’t happy with Nike is a key example, but over the past year the poaching and brand-hopping has become more frequent. A$AP Rocky recently left Adidas Originals to work with Under Armour. Tyler, The Creator expressed his grievances with Vans and moved over to Converse. Kendrick Lamar left Reebok to join Nike and Rae Sremmurd ended their partnership with Puma to sign with Reebok.

According to industry sources, the structures of these deals vary depending on the number of sneakers projected to sell, the health of the brand and the artist’s stature. If a celebrity is designing a sneaker for a brand, there is usually an upfront fee and the artist will make 6 to 10 percent from the sneaker’s sales. Other times a celebrity can agree to a smaller upfront fee, but negotiate for a larger split of the sales. Brands are also beginning to give artists percentages of sales from shoes they didn’t create, but promoted or wore. Flat fees are becoming less common, but they are utilized for less popular acts. Reebok didn’t disclose the specifics of Future’s deal.

“Before, they paid them a flat fee, but now they want musicians to put out their own shoe and their own collection,” said Anthony Saleh, who manages Future. “And I don’t think that’s all of a sudden because they woke up one day and said ‘let’s change this.’ I think that’s a survival tactic. This is what they have to do to move volumes of product.”

As these collaborators have become important for the brand, they’ve also become important for artists and served as another leg of support for musicians, who can no longer rely on physical sales of music or major record label backing. Saleh said in addition to Reebok producing cobranded Freebandz product, which is the name of Future’s label and clothing line, the brand has sponsored events and tours, made digital ad buys around the release of his albums, wrapped tour buses and held merch pop-ups. Krinksy said they are working on mobile and retail activations to support Future’s product drops going forward.

While the method seems simple — find a celebrity with influence and sign a deal with him or her — Krinksy said each partnership serves a specific purpose. He called the collaboration with Jay-Z a sophisticated play, the deal with 50 Cent a mainstream one and the alliance with Pharrell the eclectic, cool play. Future, who is 33 years old and from Atlanta, sits nicely between luxury and ubiquity. He attends European fashion shows and wears Ermenegildo Zegna and Armani suits along with Balenciaga puffer jackets, Raf Simons sweaters and embroidered Gucci coats.

On the other end of the spectrum, his music output is constant and pervasive, which Ward believes distinguishes him from the athletes who used to drive the sneaker market. Since 2014, Future has released at least one solo album each year along with collaborative efforts with Drake and his most recent project, “Super Slimey,” with Young Thug.

“If you think about who is pushing the culture completely forward, it’s musicians,” said Ward. “Future is able to touch so many people because they are listening to him, following him on social media and going to his concerts. Athletes aren’t as visible and the impact from musicians is totally different. Their music is completely engulfed in your life.”