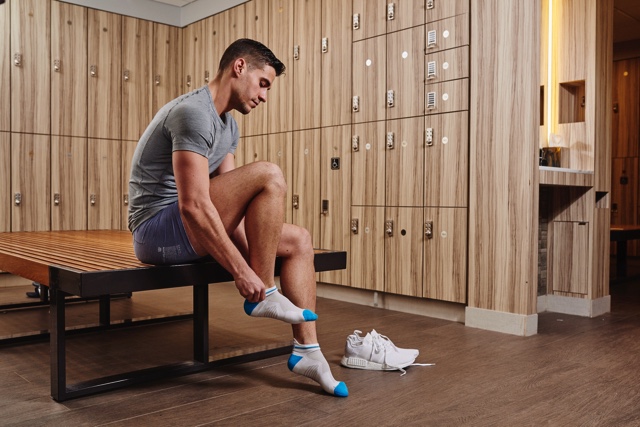 When it comes to men’s underwear these days, it’s all about performance.

Along with a surge of start-ups including Related Garments, MeUndies and Nice Laundry, which are changing the way men purchase underwear and socks via subscription services and “build your own box” purchasing options, the active category is offering underwear brands a means for growth.

“The performance styles are saving the business,” said Cohen. “If you don’t have an active component within your underwear business, you are going to be hard-pressed to find growth.”

Cohen said sales are down because the consumer has shifted from purchasing underwear when they want it to only buying it when they need it — in other words, when those briefs or boxers are no longer wearable. And the active category is expanding because the active and ath-leisure apparel trends, which have slimmer silhouettes, necessitate new, performance-focused styles.

“There continues to be increased momentum around the active underwear category,” said Guion. “This is certainly fueled by the customers’ intense commitment to activewear in general, which is inclusive of apparel and footwear.”

Aside from needing underwear that works well with their new active wardrobes, the consumer is also becoming accustomed to wearing apparel with performance attributes and is beginning to want that in everything they wear.

“Guys are expecting more out of their clothing now than ever before,” said Tom Patterson, who launched Tommy John as an underwear company in 2008. “They want their clothing to be antimicrobial, anti-odor and moisture-wicking and they are willing to invest in these qualities.”

Tommy John’s brand DNA is built around performance — Patterson started with patented, non-pilling, micro modal, quick dry and cooling pima cotton underwear — but he’s continued to layer on new active styles including a 360 underwear program, which is antimicrobial, anti-odor and features 360 stretch and retails from $32 to $34, and its Air underwear that weighs two ounces and dries after two hours and retails from $42 to $48.

Now Tommy John, which recently started Tommy John Labs, a platform to experiment with categories outside of underwear and performance gear, is moving into active apparel.

“Why can’t your henley be exceptionally soft and quick drying?” asked Patterson. “Guys shouldn’t have to choose comfort over functionality. We feel they should get both in all products from us.”

Mack Weldon, a men’s basics brand, which was cofounded by Brian Berger and Michael Isaacman in 2012, is known for its Silver line that’s made from performance fabric with antimicrobial and anti-odor properties. The company recently launched its first active program called Airknitx. The line, which will be sold exclusively at Equinox and on Mack Weldon’s e-commerce site starting in April, includes underwear, T-shirts and socks that are made from two different mesh textures that enable targeted cooling and dryness, and antibacterial fabric with 15 percent stretch. They tested the collection, which retails from $22 to $28, on Equinox’s personal trainers, but wanted to make it wearable for every day.

“We aren’t resorting to the usual active styling that emphasizes fashion over function,” said Matthew Congdon, vice president of design at Mack Weldon. “While Airknitx is for high-impact lifestyles — it’s also just really great underwear. Like the inside of our waistband says — everything we do is “for daily wear.”

Saxx’s founder, Trent Kitsch, a former baseball player, got the idea for his brand while fly fishing in Alaska and needing to protect himself from chafing. He created the Ballpark pouch, that’s now a signature of Saxx Underwear. Since the company started in 2006, Saxx has produced a variety of performance collections and it recently launched Strike, a line of underwear that is lightweight but built for heavy workouts. It’s made of bantamweight fabric that’s quick drying with flat, non-chafing seams. The collection retails for $50. Earlier this year it released its 2-in-1 Kinetic short, which integrates its performance underwear within running shorts. They retail from $75 to $78.

Larger, more established companies are hopping on the category as well. Columbia Sportswear inked a licensing deal with Delta Galil in 2015 to develop, produce and distribute men’s and women’s performance underwear. The collection, which is available in stores now, features cooling and wicking properties. Single pairs of underwear retail for $26 while two- and three-packs range from $28 to $34.50. The packaging features a male model hiking, biking and enjoying other activities outside.

“Active underwear has been the hottest segment of the business for the last few seasons,” said Paul Cronin, the vice president and general merchandising manager for D2 Men’s. “In our opinion, outdoor performance underwear is the next big thing and consumers are reacting favorably to it.”

Fruit of the Loom isn’t marketing its new underwear program, titled Breathable, as active, but has infused the line with ventilated micromesh fabric and cooling qualities. The underwear, which retails from $10 to $17, comes in either cotton or a synthetic fabric and are sold at retailers including Wal-Mart, Kohl’s, Amazon and Target.

“We market it as more of an everyday underwear because you need the stay-cool benefits outside of the gym,” said Diana Harl, director of marketing, Intimate Apparel at Fruit of the Loom. “One of the positives we’ve heard from retailers and consumers alike is that it is accessible across the board for everyone in comparison to some of the higher-end performance pieces that are out there.”

Hanes introduced X-temp underwear in 2012, a collection that’s meant to adapt to one’s temperature and activity and is priced from $7 to $20. Sidney Falken, chief branding officer at Hanes, said that since launching the line, its distribution has expanded outside of department stores to mass retailers.

So where does this leave the classic tighty-whities? According to retailers and brands, cotton is still in demand, but the developments on the performance side are forcing companies to upgrade cotton fabrications.

“While cotton still represents the majority of the underwear market, blended cotton fabrications and synthetics are on the rise as they have the performance benefits consumers desire,” said Falken. “But people want to still feel the softness of cotton.”

According to Guion, there is still a customer who prefers cotton, but not the traditional styles of the past.

“Brands are dedicating additional resources and development into adding compelling product within this category and looking to find the latest technology to capture the consumers’ highly engaged interest levels,” said Guion. “There will always be a demand for cotton styles, yet these are also under the same pressure to innovate.“