Early pieces from the collection are already being sold on e-Bay for a higher price. 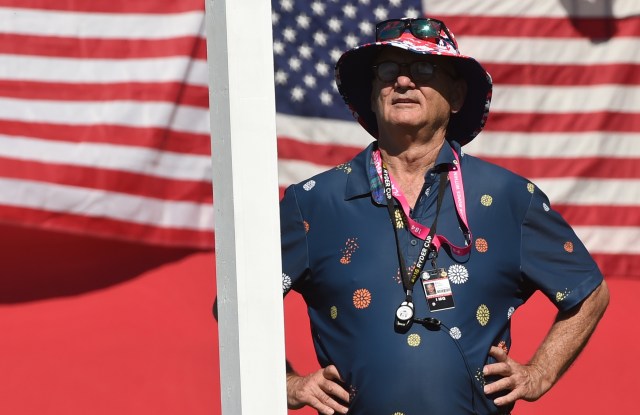 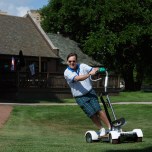 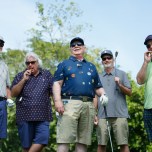 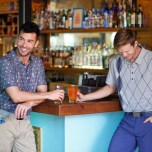 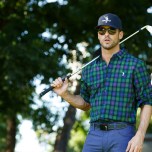 Bill Murray could have sued The Chive for using his face on a T-shirt it sold without asking for permission, but the eccentric actor decided to go in another direction.

“We finally got a hold of him and he said, ‘take the money you owe me and give it all to charity and then come down and sponsor my tournament and hang out,’” said John Resig, the cofounder of Resignation Media, which owns The Chive, a site that publishes content targeting Millennial males.

At the Murray Bros. Caddyshack Charity Golf Tournament, which is held annually in St. Augustine, Fla., is where the brothers behind The Chive — John and Leo Resig — formed a relationship with Murray and his five brothers. Soon thereafter, the Resig’s pitched the Murray brothers on the golf line.

“We were actually working on a golf line and had made some prototypes, but it wasn’t as nice as this,” said Joel Murray, the actor who is the youngest of the bunch. “Other than the neon stuff that some of the players wear, golf is rather staid. It’s all very basic and not very exciting.”

They are hoping to change that with the William Murray line, which Joel said Bill is very involved in. For example, they’ve produced performance button-up shirts — Bill’s nontraditional top of choice when he plays golf.  Joel said as a child Bill had an affinity for button-ups because wearing them meant he wasn’t wearing hand-me-down polo shirts from his older brother.

They’ve also covered the shirts in novelty prints inspired by Bill’s film “Caddyshack.” The shorts, similar to jeans, feature five pockets that are constructed to hold golf balls along with William Murray sticky lettering on the interior of the waistband to keep shirts tucked in. The logo is a silhouette of Bill throwing a golf club, which is a photograph from the 2011 Pebble Beach golf tournament.

“When he did that I paused it and thought this is everything that Bill is. His casual irreverence is summed up in that one motion,” Resig said. “I was sitting on my couch with my roommate at the time and said ‘I’m going to make a golf brand with him one day, and my roommate was like, ‘You should stop smoking crack.’”

The collection, which retails from $32 for a hat to $75 for a printed polo, will be sold on The Chivery, The Chive’s e-commerce site, and the Williammurraygolf.com site starting Thursday. Resig said a golf shirt that was released earlier in the month was being resold on e-Bay for a higher price.

“We could have gone bigger, but I love a scarcity model,” said Resig, who added that they will consider wholesale partnerships in 2017. “I don’t want everyone to be able to get this line. I want people to want it.”