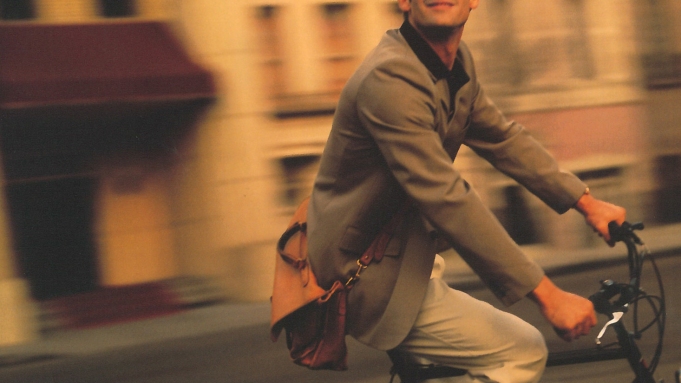 “Know thyself” has always been at the heart of Dockers’ advertising philosophy.

As the leader of the business casual brigade, the brand’s campaigns have reflected the progression of the male consumer over three decades. It hasn’t tried to pretend it was ever a high-fashion brand, and in fact, much of its advertising has kidded itself about that aesthetic — and that helped build its longevity and success. Whether it’s poking fun at men for wearing “dad” pants, or encouraging them to “wear the pants” in their families, Dockers created a significant market for khakis through aggressive advertising and marketing.

“The consumer is always at the core of our strategy,” said Shaun Lewis, vice president of global marketing at Dockers, noting the company’s mission has been to provide a tool for the male consumer “to look good, to look appropriate and to feel comfortable.”

As the category leader and the top casual pants brand in the U.S., Dockers has achieved 86 percent brand awareness in the U.S., Lewis added.

In 1987, TV commercials dubbed “Talking Pants” featured men standing around at a bar or office in nondescript pants. A handheld camera focused on different parts of the legs (their heads and torsos not seen), as the audio picked up snippets of guys’ chatter.

“It was meant to feel like a conversation real guys were having. It was to take it to a place a little unexpected, especially from what advertising looked like at that time,” said Lewis. “It was very much real-guy chatter and real-guy talk. The real-guy consumer could understand what we offered and what type of brand we were.”

Men started flocking to these pants because they were safe — generic pants with pleated fronts and roomy silhouettes.

Looking to create a market for khakis in the workplace, in 1992, Dockers sent out 25,000 copies of an eight-page “Guide to Casual Business Wear” to 500 human resource managers across the U.S., describing the concept of “casual Fridays,” a notion that eventually turned into “casual summer” and “casual everyday” in many office environments.

“We wanted to create a guide for businesses to adopt and have them adapt accordingly to their work environment,” said Lewis.

In another marketing effort, Dockers sent 100 men wearing neckties to the epicenter of serious business suits — Wall Street — and in what would be called a flash mob today, they cut their ties in half.

Dockers gained popularity, but weren’t considered “fashion” by any measure. Soon sales started to slip, and Dockers moved in a new direction in 1995, launching the “Nice Pants” campaign, aiming to inject a bit of sex appeal into what had become the real guy’s uniform. In one TV ad, a scruffy man is sitting in a Parisian café and a beautiful woman looks at him, saying as she passes, “Beau pantaloon.” He looks for the phrase in his French-to-English translation guide, as the waiter taps him and says, “Hey — she says, ‘Nice Pants.'”

Humor has also played a role in Dockers’ marketing. In one controversial stunt, Dockers placed pairs of khakis in bus shelters around New York, covered by pieces of plastic. But once the pants were stolen, there was still an outline where the pants had been, with the message, “Apparently, they were very nice pants.” The campaign drew the ire of then-Mayor Rudolph W. Giuliani and the Commissioner of the Department of Transportation for encouraging stealing and vandalism, and the ads were quickly removed.

In 2010, Dockers ran a TV commercial during the Super Bowl dubbed “Wear the Pants,” created by DraftFCB’s San Francisco office. The spot poked fun at a group of men clad in their underwear, marching through a field and singing “I Wear No Pants,” written by Los Angeles band The Poxy Boggards. Midsong, a voice-over interrupts: “Calling all men — it’s time to wear the pants,” which was criticized as being sexist by some market observers.

“The tag line really stood for the way men were changing in their lives. It was a tongue-in-cheek way to create some attention,” said Lewis. “‘Wear the Pants’ was for the guy who could change the tire, and change the diaper, too.”

Dockers enlisted Taye Diggs, actor, singer, dancer and dad, to celebrate cool fathers in 2015. That campaign was a continuation of the previous year’s “Stop Dad Pants” spoof campaign, where Dockers teamed up with Jim Harbaugh, San Francisco 49ers head coach and his wife, Sarah, to create a movement to rid the world of ill-fitting pants — which Dockers admits it contributed to.

In November, the Dockers campaign carried the tag line, “Yes, They’re Dockers,” showing men that they can wear their Dockers beyond the workplace, emphasizing that Dockers makes 22 categories, including outerwear, tops, blazers, suit separates and leather goods.

Dockers ads have been used to show that the brand — which is aimed at men age 25 years and up — “is not trend-driven. It’s about classic, enduring style,” said Lewis.

Digital has become the majority of its spend, having taken over traditional media in 2012 or 2013, he said. Among the various digital outlets it’s been using lately are CBS Sports, Sports Illustrated, Mashable, Huffington Post, Bleacher Report and Esquire, in addition to its social media outlets, Facebook, Instagram and YouTube.

“Any brand that’s still around after 30 years has to be doing something right,” he said. “They’ve been able to straddle the line between dress and casual. To be able to be all things to all people is a very rare quality.”