The redesign is patterned after the company's flagship in its home country of Sweden. 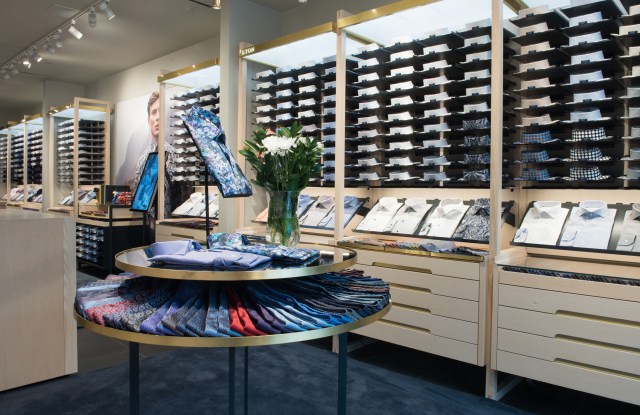 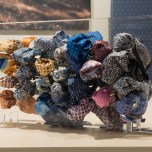 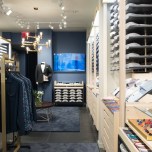 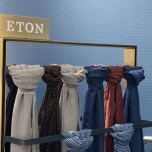 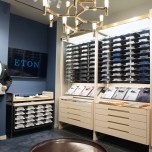 Eton is bringing a little taste of Stockholm to Madison Avenue.

The upscale Swedish brand known for its luxury men’s shirts and furnishings, has revamped its boutique at 625 Madison Avenue, between 58th and 59th Streets, and will celebrate the renovation with an event on Thursday during New York Fashion Week.

Hans Davidson, chief executive officer and grandson of Eton’s founders, said the store, which opened at the end of 2010, “was updated with our latest retail concept, originally launched in 2016. This was developed and designed to reflect the breath of the Eton brand; from the Swedish heritage, to craftsmanship and high quality.” But at the end of the day, he added, “the store is the stage for our lead character, the shirt.”

Designed by the British interior design company, Brinkworth, the 450-square-foot unit is patterned after the company’s flagship in Stockholm.

The New York outpost is one of eight that Eton operates worldwide. The others are located in London — one on South Molton Street and the other in Kingsway — three in Sweden, in Stockholm, Malmö and Lund, one at the Copenhagen airport and the most recent, in Frankfurt, Germany. There is also a unit in Los Angeles that is operated with a franchise partner.

In addition to its own stores, Eton is carried at Neiman Marcus, Saks Fifth Avenue, Nordstrom and Bloomingdale’s as well as about 225 independent specialty stores.

“We have a strong collaboration with our retail partners and are extremely proud to have such a great global premium partner network,” Davidson said.

There are no plans to open additional stores in the U.S. market at this point, he said.

“Our stores are a reflection of everything Eton stands for and our latest store design is already in some of our premium partner stores to ensure a coherent brand experience,” he said.

The New York store carries a blend of dress and sport shirts as well as the Green collection, a sportier line made from raw, untreated fabrics. It also offers a wide assortment of ties, pocket squares and accessories. Shirt prices range from $235 to $295 and are offered in a variety of fits.

Carina Ertl, Eton’s chief marketing officer, said the company will promote the store through outdoor ads in Grand Central Terminal and in subway terminals, as well as digitally on its web site.

Since the end of 2016, Eton has been majority owned by the private equity firm, EQT VII, which bought approximately 90 percent of the business. The founding family and management retain a 10 percent stake. At the time of the sale, Davidson said transitioning to new ownership should serve the brand well because of EQT’s more “international” standing, “bigger network and more capital. We felt it was a perfect match.”

Despite the tough retail climate in the U.S. and elsewhere, Davidson said Eton has managed to experience growth over the past several years and the U.S. market is one of the company’s largest markets.

“Our wholesale business continues to be strong and the partnerships with department stores and retail partners has been very important to our success,” he said. “We have been able to achieve double-digit growth and are continuing to do so. Our main focus will always be on the shirt.”