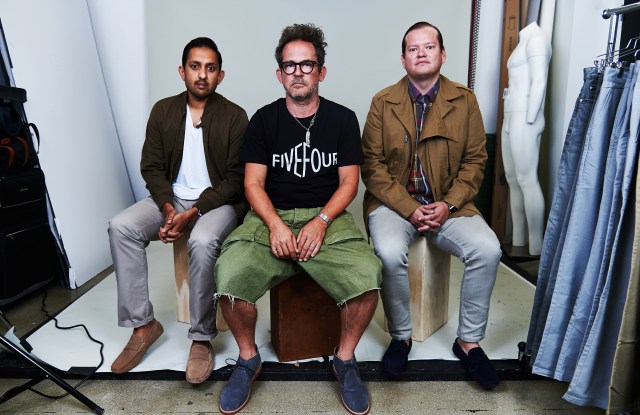 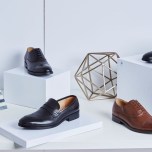 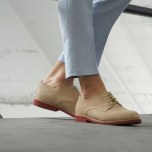 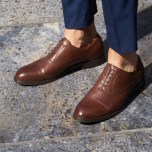 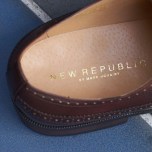 Andres Izquieta and Dee Murthy predicted today’s retail landscape almost 15 years ago. In 2001, Izquieta took a trip to New York and discovered H&M. Izquieta, a then-college student who bought his designer clothes at TJ Maxx, told Murthy, who was less fashion inclined, about the store and they were both taken with the concept.

“When I walked into H&M I could tell by the intensity that they were on to something,” said Izquieta, who went on to learn about other fast-fashion retailers abroad, including Zara, Mango and Uniqlo.

Izquieta and Murthy used their findings to write a feasibility study at the University of Southern California outlining how European fast fashion would negatively impact American retail. Almost a decade later they created their own fast-fashion brand: Five Four Club, a Los Angeles-based men’s wear subscription service that sends out two to three pieces of on-trend but classic apparel each month for $60. What the men receive is based on their style preferences, which are determined by a quiz and previous items they’ve been sent.

Now they are expanding outside of their subscription concept and launching their first stand-alone brand, New Republic by Mark McNairy, a formalwear shoe line designed by McNairy that will debut during New York Fashion Week: Men’s on Tuesday and will be available to purchase on its own web site the same day. The line includes Oxfords, brogues, penny loafers, driving shoes, desert boots and bucks that retail from $58 to $98. Although the collection will not be included in the Five Four subscription box, members are able to purchase items from the line at 25 percent off.

“Everybody else in the world knocked me off and made a lot more money than I did, so why don’t I just knock myself off,” said McNairy, who also serves as a creative director of the Five Four product.

In an attempt to differentiate its product, Five Four, which is self-funded, tapped McNairy for a collaboration before he joined the team in 2015. Earlier this year it partnered with Robert Geller.

“I looked at this project as if it was a collaboration with Target or H&M,” said McNairy, who was approached by Izquieta and Murthy at a trade show in Las Vegas. “I agreed to do the collaboration because it’s going to put my name into the heads of 50,000 guys when they get my monthly package. The stuff never goes into a store. It goes straight to the consumer. So it’s not competing with my regular collection.”

It was years of trial and error before Izquieta and Murthy found traction with the subscription model. They spent almost a decade running Five Four as a streetwear-turned-contemporary wholesale brand that was stocked in retailers including Macy’s, Nordstrom and Fred Segal. In 2009 they opened three Los Angeles stores in partnership with Westfield. Despite their distribution and stores, Izquieta said Five Four never made a profit — they peaked at $9 million in wholesale — and in 2012 they decided to close their stores and end wholesale after more members started to join the Five Four Club.

The club targets the male Millennial, who they say has been trained by fast-fashion brands on price point and taught by the apps they use — Postmates, Uber and Amazon Prime — to expect convenience. As soon as customers receive their packages, Five Four sends out a customized e-mail with tips on how to wear the pieces with things they already own. Izquieta said that e-mail has a 65 percent open rate.

“In our opinion, guys don’t enjoy the process of shopping,” said Murthy, who learned this while spending time in Five Four’s stores. “They are very price-sensitive and they don’t know what to buy.”

Murthy, who mostly handles the business side while Izquieta focuses on creative, said Five Four currently has 70,000 subscribers and is expected to make $60 million in revenue this year — in 2014 it made $17 million and in 2015, $35 million.

Five Four plans to continue to grow the concept with more stand-alone brands including Mister Dean, a formal accessories label that will be available in fall, and Grand Athletic Club, a streetwear-inspired athletic brand that will be available for holiday. They are also interested in introducing the service in China.

“I’m a big shopper and I never go to stores. I buy everything online,” said Izquieta. “The next generation of shopper doesn’t go to the mall anymore and the proof is in the pudding. Retailers are closing every day. I think malls should turn into big experience centers.”