The Comfort Flex Fit Total Support Pouch underwear is one of the largest launches in brand history.

Hanes is walking a fine line with the campaign to launch its newest men’s underwear.

The Winston-Salem, N.C.-based Hanes, which is the country’s top-selling underwear manufacturer, has just created a new Comfort Flex Fit Total Support Pouch boxer brief. The model offers a proprietary, patent-pending pouch construction, including unique breathable mesh inserts, and marks one of the largest new product launches in the brand’s history. 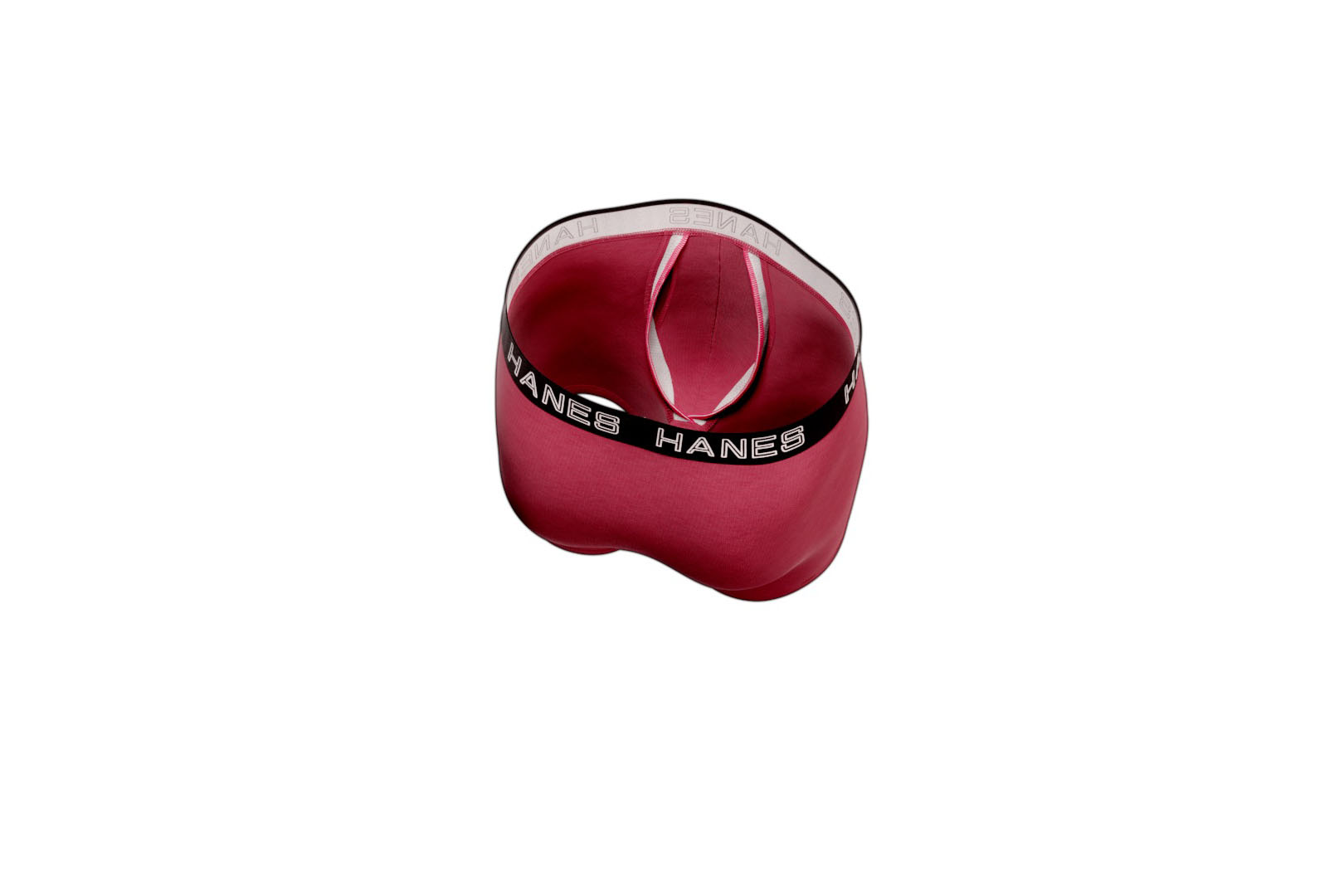 To introduce the underwear, Hanes is taking what it believes is a lighthearted, humorous approach in the marketing campaign that debuts today. But the campaign may be viewed by some as offensive.

It centers around men seeking “ball-ance” and comfort in their underwear and looking for a style where “all your bits must properly fit.” Other lines in the campaign include: “Let thy dangle be tranquil, May your truffles never shuffle and Less wrestling, more nestling.”

Sidney Falken, chief branding officer for Hanes, said the company tested the campaign before giving it the green light, and results were positive. “We’ve been working on this product for a while and how to best talk to guys about it,” she said. “We wanted to push the envelope on humor and get guys talking about it. So we took a lighthearted approach to the marketing and we’re very comfortable that guys will respond to it. We didn’t see any distaste or dislike for the language we’re using.”

The ads feature a character named Hans in his home, riding a bull, rock climbing and resting in a hammock wearing the underwear. Falken described him as “a guru” to lead guys through the product’s features and functions. The ads are intended to “perfect the idea of being secure and supported,” she said, adding that she believes they are “clever,” and intentionally “surprising coming from Hanes.”

The Comfort Flex Pouch product recently had a soft launch at retail at stores including Walmart, Kohl’s and Macy’s, Falken said, and “results are good and the reviews strong.” Hanes is expecting “a big splash” after the ads launch beginning today. They will air during the NCAA Division I Men’s basketball tournament and will be shown on CBS, TNT, TBS and TruTV. They’ll continue through 2021. Online advertising will run in various editorial and social platforms, with influencer campaigns appearing on Twitter, TikTok, Facebook and Instagram.

Although Falken wouldn’t say how large the media spend is for the campaign, the budget is being increased in the double digits, Hanes said.

While some older guys may be caught off guard, the marketing plan and the tone of the campaign may appeal more to younger guys, a category in demand for the brand.

In the company’s fourth-quarter earnings call in early February, Stephen Bratspies, chief executive officer of Hanesbrands Inc., said the company holds the number-one market share position in men’s underwear in the U.S. in both the over-35 and under-35 age groups. “We have a lot more share, absolute share, in the over 35, and the growth is coming in the under-35,” he said. “So we saw that as a big opportunity for us to understand that consumer a little bit better: how they’re shopping, what products that they want, and we’re going to be very focused and targeted on going after that consumer.”

Falken called the Comfort Flex Fit Pouch “a breakthrough and the most innovative product introduction in the category in decades.” In testing prior to the introduction, Hanes found that 71 percent of men reported that they had never worn boxer briefs with a pouch construction. But after trying the product, 80 percent said they planned to buy the product and recommend it to others. “And guys don’t like to talk about their underwear,” she said.