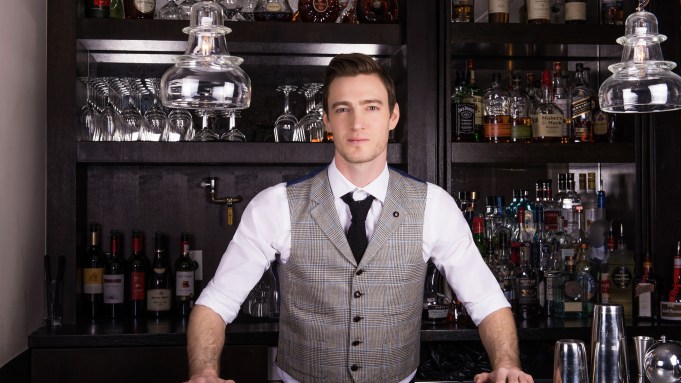 Hickey Freeman is branching out.

The venerable tailored clothing brand has teamed with The Gregory, a new boutique hotel in the Garment District, to outfit its staff.

Hickey has created looks for the concierge/front desk staff, bartenders, and bellmen that are designed to reflect the hotel’s bespoke aesthetic.

Susan Richardson, complex director of sales and marketing for The Gregory, said Hickey Freeman is one of the company’s “very favorite fashion labels. Together, we are able to tell the story of New York City’s legendary Fashion District and celebrate The Gregory’s old-world past with timeless designs that perfectly capture the essence of the early 20th century.”

The uniforms center around a color palette of gray, white and blue and include herringbone vests and white shirts paired with dark denim trousers. The front desk/concierge outfit also includes a double-breasted, navy travel blazer for men and a camel cardigan for women. Monogrammed “G” wooden buttons are included on the vests and blazers.

The Gregory, located at 42 West 35th Street, reopened after a complete renovation in July 2015. The hotel dates back to 1903, when it was known as The Gregorian, and was intended to service the overflow crowd from its sister hotel, the Waldorf-Astoria, then located on the site of the Empire State Building. The Gregory has 132 rooms and is designed to be reminiscent of New York City circa 1940s.