Newness and variety are driving business in the growing men’s dress shirt category and giving guys a reason to shop. 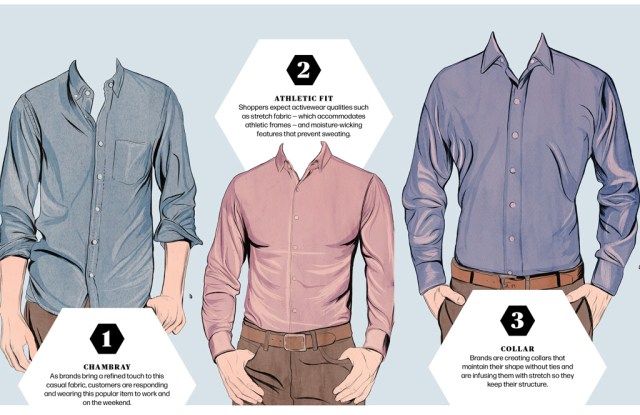 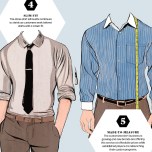 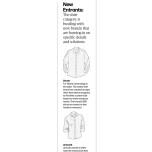 The men’s dress shirt business is growing by leaps and bounds.

Traditional shirtmakers are expanding their assortments to include a multitude of styles and fits, while newer brands are carving out a space for themselves with custom services.

The male customer’s increased interest in fashion has helped transform the dress shirt from a utilitarian piece to a statement-making item that can also be worn outside the office. Brands are responding with crossover styles that feature unique prints and elevated fabrics that wear well throughout the day.

“There have been major changes in what the consumer wants,” said David Sirkin, president of the dress shirt group at PVH Corp. “Fashion items have certainly been leading consumer demand as they look for items that are not currently hanging in their closets, such as prints, checks and updated textures.”

Jonathan Heilbron, chief executive officer of Thomas Pink, has noticed an uptick in sales for printed dress shirts. Heilbron said shoppers are more invested than ever in fabrics.

This influx of newness has had a positive impact on the market. According to The NPD Group, in the 12 months ending in March 2015, U.S. sales of men’s dress shirts increased 7 percent to $3 billion. That’s compared with 2013, when sales in the category reached $2.9 billion and 2012 when sales reached $2.78 billion.

“Men’s tailored clothing is doing well and that helps drive dress shirt sales. But the real reason they are doing well is that many stores now offer different fits, slim or modern, as well as a traditional one. Add in the wide assortment of color and you have good reason for men to buy into dressing up with a dress shirt, tie or not,” said Marshal Cohen, NPD’s chief industry analyst.

Dana Dean, the vice president of sales at Gitman Brothers, said customers are often choosing luxury fabrics. “Our Elite collection has seen a real increase in the last few seasons as sometimes the only edge you have as a vendor or retailer is the inclusive better offerings that you can’t just get anywhere,” Dean said.

Shoppers are also gravitating toward chambray, according to Dean. Although it’s a casual fabric, Dean said men are wearing it to work under a navy suit with a knit tie. The Gitman Brothers’ authentic work chambray shirt, which retails around $150, features a high profile collar that keeps its shape with or without a tie.

PVH is focusing on collars that maintain their structure and recently partnered with Talon, a supplier of stretch technology products. PVH will use Talon’s proprietary TekFit stretch technology on Van Heusen shirt collars starting later this year. The technology helps the collars stretch and recover their shape.

Stretch is also making its way into slim-fitting shirts, which continue to drive growth according to Sirkin.

“Fit has seen the largest movement as slim and fitted account for 50 percent of the dress shirts on the floor today,” he said.

Thomas Pink responded to this customer by introducing an athletic fit, a slimmer style with stretch that retails at $195 and is designed for muscular shoulders and a narrow waist. Gitman Brothers launched a new natural stretch cotton fabric that’s not chemically treated in its new MX2 collection of tailored shirts.

The cousin of the athletic shirt is the performance shirt, which typically includes stretch along with moisture-wicking qualities and a noniron fabric. Previously these shirts have been chemically treated and stiff, but textile innovation has created better-quality technical fabrics that feel expensive.

Sarah Holland, a spokeswoman from J.C. Penney, which sells a Stafford travel performance supershirt for $40, said men expect these performance features to be built into their shirts no matter what size they are. “He wants a shirt that is high-quality, requires minimal care and travels well,” Holland said. Sirkin added that PVH’s best-selling dress shirt brand is the Calvin Klein Steel Plus line, which retails for $75 and features noniron fabric.

On the higher end of the performance dress shirt category is newer brand Mizzen+Main, which launched in 2012 and is best known for its Made in the U.S. shirts that include four-way stretch, moisture wicking and noniron fabric. It’s stocked at retailers including Saks Fifth Avenue, Bloomingdale’s and Stanley Korshak and retails for $125.

“J.Hilburn was created to address a need that mass shirt brands aren’t able to service because of scale and level of personal service,” said Kristen Celko, chief marketing officer, who said shirt sales during May were up by approximately 20 percent. The brand has stylists throughout the U.S. who measure males. Shoppers then use those measurements to purchase a custom shirt online for around $139.

Paul Trible, the cofounder of Ledbury, is aiming to provide a bridge between the fit of a custom-made shirt and the convenience of rtw. The shirts, which are available on Ledbury’s e-commerce site and will be stocked at Nordstrom this July, retail from $145 to $165 and make up 80 percent of the brand’s sales.

The brand recently started a made-to-measure shirt program with a pop-up at Cole Haan’s SoHo store last month. Ledbury will continue to operate the program from its store in Richmond. Both Thomas Pink and Gitman Brothers will relaunch their made-to-order programs later this year to include more styles and fabric options.

“Custom is becoming bigger and bigger,” Trible said. “I do think men will want more variety as they have more ownership in the clothes they decide to wear. Men are going to start demanding more fabrics and styles. It’s going to become a part of their vernacular.”