Rome's Sartoria Giuliva brings a sense of whimsy to the custom tailoring process. 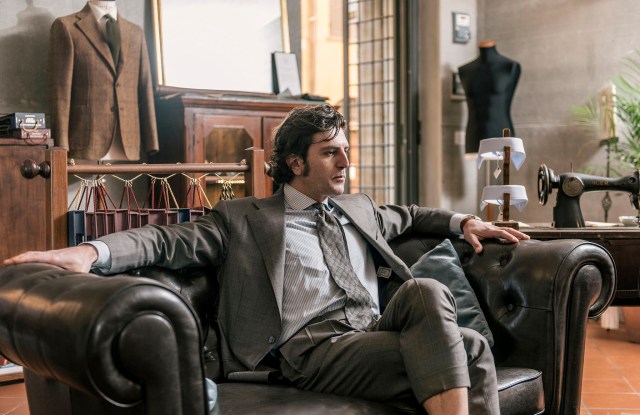 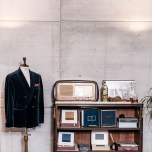 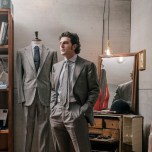 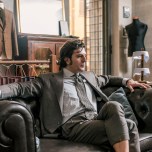 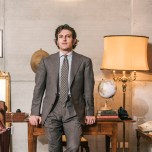 By tempering the traditional stuffy attitude found in most tailoring shops with a sense of fun and hospitality, the Roman tailoring firm is making its mark in the lively and cool Monti district in the heart of the city.

“Everything started as fun with my business partner, Vittorio D’Agostino, five years ago. We used to go to the same tailor in Salerno, who at a certain point started to pull his hair out trying to meet our unconventional requests,” said Gerardo Cavaliere, who was a full-time lawyer at that time. “So, moved by the desire to satisfy our personal tailoring cravings, we opened our first space on Via Margutta.”

Looking back at the suit styles of the Forties and the Fifties, the duo focused on the development of their signature jacket, which celebrates the Neapolitan sartorial tradition with soft construction and effortless elegance.

While customers are welcomed in the Roman showroom, which is styled as a gentlemen’s club with leather sofas, wood furniture and carpets, Sartoria Giuliva manufactures the pieces in the Neapolitan area. “We have two embroiderers, a man who cuts pants and two tailors who baste,” said Cavaliere, who is planning to set up a tailoring school in Naples. “There is no generational turnover in this business, which is a problem. Also, we want to exalt what is great about Naples, since there are so many problematic issues there. We really want to support the territory we come from.”

The tailoring firm mainly uses British fabrics, but also upscale cloths from the Italian Biella textile district and high-end shirting materials from Torre Annunziata, a stone’s throw from Naples. Sartoria Giuliva usually takes between 35 and 40 days to deliver suits, which retail at an average price of 2,300 euros, or $2,444 at current exchange rate.

With customers coming from different parts of Italy, as well as international markets such as the U.S. and the U.K., Sartoria Giuliva targets a wide range of men. “Most of our customers are aged upward of 50, but we also have younger men who come here to first approach the sartorial world — they trust us and they let us guide them in the definition of the most appropriate options,” Cavaliere said. “However, we can definitely say that what our customers share is a desire for authenticity and a dislike ostentation — we are here to deliver beautiful, well-made clothes, not to achieve mere eccentricity.”