The Hill-Side Collaborates With Toms

This is the first men’s wear collaboration for the lifestyle brand. 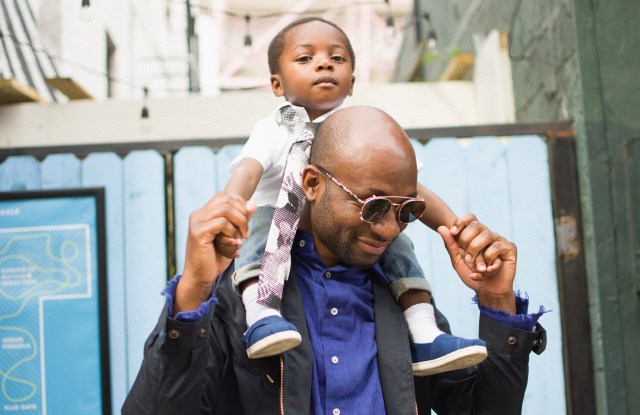 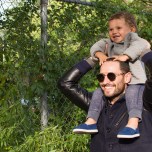 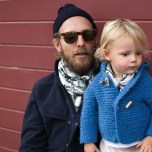 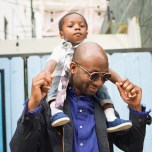 The Hill-Side has teamed with Toms.

The Brooklyn-based men’s wear line, which is known for its use of Japanese fabrics, has created a capsule collection for Toms that’s available today.

“We started working with Toms on this project over a year ago and the original idea was to create a collection of our favorite Toms footwear silhouettes in our signature Japanese fabrics,” said Emil Corsillo, cofounder of The Hill-Side. “This idea quickly expanded to include kids’ shoes in the same fabrics, The Hill-Side accessories in an exclusive printed fabric, and three styles of Toms eyewear.”

The eyewear line includes three styles that feature hand-finished tortoiseshell acetate frames with a fabric inlay made from The Hill-Side’s custom big halftone floral print. That same fabric is used for the line of accessories, which includes pocket squares, scarves, bow ties, neckties and kids’ ties, which is a first for The Hill-Side.

The look book for the collection was shot in Brooklyn and features Andrew Tarlow of Marlow & Sons, Niyi Okuboyejo of Post-Imperial, Nick Carnevale of Gasoline Alley Coffee and Simon Howell of Lynn & Lawrence with their sons.

According to Corsillo, this is the first time Toms has partnered with a men’s wear line. The collection will be available on Thehill-side.com, at select The Hill-Side retailers in the U.S., and globally at Toms stores and retail partners. The line retails from $40 to $238.

The Hill-Side recently collaborated with Woolrich on a line of bags and before that worked with CB2 on a collection of items for the home. They closed their Williamsburg store this year and are looking for a new location.