Shugar believes the home category is the next frontier for men. 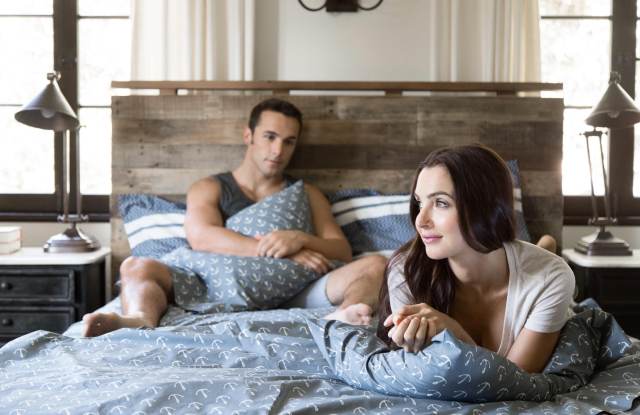 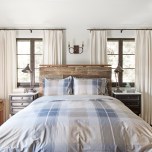 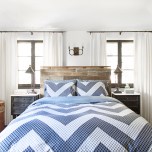 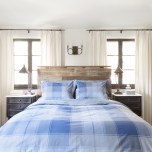 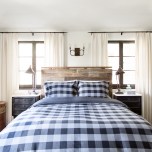 “I went online and thought there really is nothing,” said Shugar. “I really feel like home is the next frontier for men. What’s the point of looking good with these haircuts and well-groomed beards if your home looks like your old dorm room.”

The entrepreneur disrupted the men’s accessories space in 2004 when he founded The Tie Bar, and now he wants to do the same in the home category by providing guys with a one-stop shop for bedding options they don’t have to be embarrassed by.

“We are trying to call it fashion for the bedroom. We want this bedding to be a part of the men’s wear industry,” Shugar told WWD.

The Thread Experiment, which was launched last year, releases two collections per year — comforters, sheets, pillowcases, shams and duvet covers — that are inspired by classic men’s wear motifs and prints. For example, bedding features windowpane and houndstooth prints along with novelty bow tie and mustache patterns. The assortment, which is made in China, is priced from around $98 for a sheet set to $188 for a comforter.

“We are really taking a much more literal approach from men’s wear and incorporating that into bedding, because I think that men have to ease into this,” said Shugar, who describes his customer as a guy who’s not married. “We want to start with the basics of men’s wear and create prints that they are familiar with already.”

Shugar, who is bootstrapping the business, is following a similar business strategy he created at The Tie Bar. Similar to The Tie Bar, which he sold in 2013, Thread Experiment follows a vertical model and Shugar is partnering with designers and celebrities on capsule collections. Men’s wear designer David Hart launched a capsule collection last year and next on the roster is Jesse Tyler Ferguson from “Modern Family,” who has frequently collaborated with Shugar (Ferguson’s husband, Justin Mikita, is the Thread Experiment’s creative director and cofounder). The collection will be available this September. Shugar has also worked with online men’s grooming destination, The Motley, to launch a room and linen spray this month.

But unlike The Tie Bar, which earned a lot from repeat purchases, Shugar realizes there is an educational component that’s necessary with bedding that wasn’t as crucial with neckwear.

“We say you need one set of bedding for the bed, one for the laundry and one for the closet. It’s not like ties where we would have customers order nearly 30 at a time, but there’s definitely repeat business to be had,” Shugar said.

He wants to grow the collection by expanding into other categories including throws and accent pillows. He’s open to selling it in independent men’s wear stores where he believes the line creates a smart opportunity for upselling, but he’s less focused on department store business.

“To me this only works if it’s in your men’s section. It doesn’t work in your bedding section,” Shugar said. “I think with all of the red tape it would be impossible to get department store buyers to put the collection in the men’s section, but that’s how I believe you can introduce it to men.”