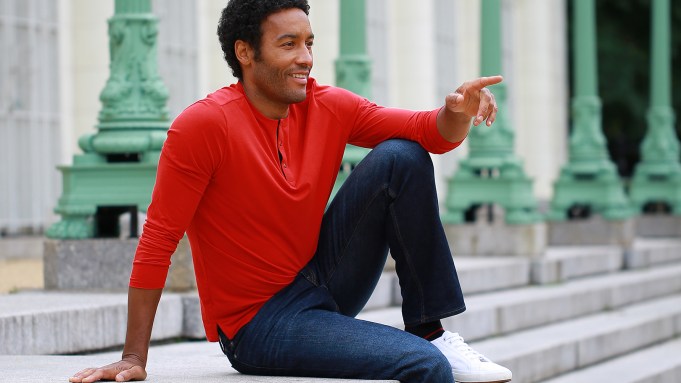 The men’s underwear and sleepwear brand has launched Tommy John Labs, a platform the brand’s using to explore categories beyond underwear. The company is starting with a selection of men’s apparel created with technologically advanced fabrics. The assortment, which is available today, includes four new styles: a performance tech quarter-zip, a lightweight performance pant, a quick-dry Henley and a quick-dry hoodie. The brand introduced ath-leisure last year.

“Tommy John was born with the idea to make men more comfortable,” said Tom Patterson, founder and chief executive officer of Tommy John. “We started with innovating outdated undergarments and now see an opportunity to expand beyond that into casualwear while maintaining the same fundamental focus on fabric, fit and functionality.”

These pieces retail from $58 to $120, and according to Patterson, there will be seasonal drops and more innovation in the future.

Before this, comedian Kevin Hart signed on as an investor. Hart won’t be the face of the brand but he will help design an underwear and sock collection that will be available for fall.

Last year Patterson brought on Josh Dean, who previously worked in marketing at Chobani and Unilever, to revamp and upgrade Tommy John’s branding.

Along with a redesigned e-commerce site, the marketing has focused on radio, print and digital advertising. Its campaign, “The Big Adjustment,” which features men in various scenarios — a police officer writing a ticket and a soldier at combat — animatedly struggling to adjust their underwear.

Patterson founded Tommy John, which is headquartered in New York City, in 2008. The company does most of its business online, but is carried in Nordstrom, Bloomingdale’s and Dillard’s along with men’s specialty stores.