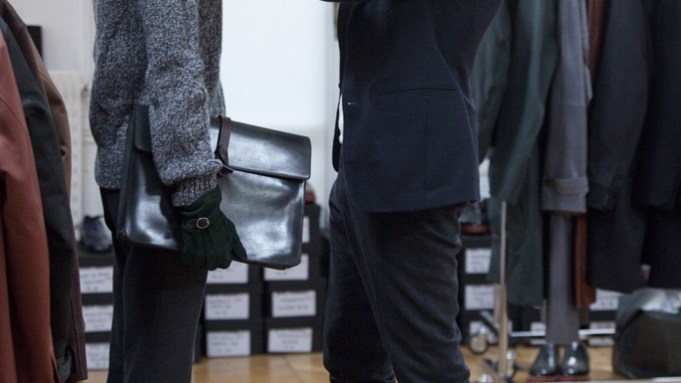 Sartori forged a style based on rich, custom-made colors and contemporary cuts rendered in quality fabrics, which he presented on a hand-picked, multigenerational cast.

He knocked the stuffing out of men’s tailoring, proposing suits based on precision pattern-cutting in lieu of bulky lining, and opted for youthful, slim-fit bottoms. Often spotted at textile trade shows scouting for novel fabrics, Sartori introduced a number of textile innovations at Berluti including cashmere-soft leather qualities and ultralight silks normally used for shirts, which he glazed with a protective film to make them work on trenchcoats.

Under his reign, Berluti, which has been making shoes since 1895, has also seen the launch of its first pair of sneakers, opening a new chapter in the cobbler’s history.