Prized for his colorful, globe-trotting style, the designer is to show his first collection for the French brand next January. 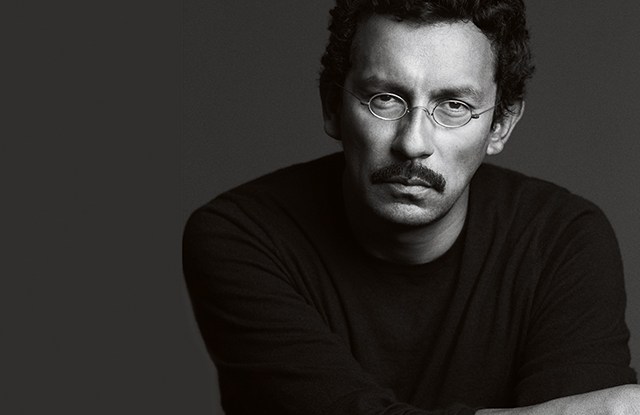 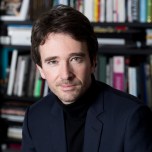 PARIS — Reflecting the rise of casual cool in men’s wear, Berluti has tapped Haider Ackermann as its new creative director.

He is to show his first collection for the brand here next January for the fall 2017 season.

This confirms a report in WWD on July 27 and marks something of a left-hand turn for the Paris-based brand, which accrued a reputation for suave tailoring under its previous creative director, Alessandro Sartori.

“We are not a sartorial brand,” stressed Antoine Arnault, chief executive officer of Berluti and the architect of its transformation from an elite cobbler to a luxury lifestyle label for men. “If you go to our stores, yes we do have high-end bespoke. But we are a luxury men’s wear brand where sartorial meets casual. And when you see our product mix, a mix of both makes it interesting.”

Footwear still accounts for “roughly half” of the Berluti business and its two bestsellers, introduced under Sartori, reflect the shifting tide in men’s wear from uptight suits toward athletic-tinged, laid-back clothes.

They are the Playfield, a white, Stan Smith-esque sneaker that is out of stock, and the Fast Track, which Arnault described as a “modern running shoe.”

“All categories — whether it’s T-shirts, or sweaters — everything casual is overperforming the sartorial right now,” he said. “Casual is king.”

Ackermann, who first approached men’s wear as a guest at the Pitti Uomo trade fair in 2010 and staged his first Paris show in 2013, has a penchant for fancy dinner jackets, low-slung pants and long, artfully coiled scarves.

Yet he’s also earned a wide celebrity following for his sweatshirts and hoodies, with musicians Kanye West and Miguel among famous devotees who have fanned Ackermann’s reputation on social media.

Asked if he owns any Ackermann pieces, Arnault said: “I checked yesterday, and I have a hoodie. I don’t remember where I bought it — maybe online at Mr Porter. It’s black, very simple, but quite nice actually. Very comfortable.”

In an exclusive interview, the executive said he met Ackermann before the summer and discovered an immediate complicity with the Colombian-born designer, whose upbringing in countries including Chad, Ethiopia, Algeria, The Netherlands, Belgium and France is reflected in his eclectic, globe-trotting style.

“I like his composure, I like his ideas. I like what he showed me as the project and I thought it was very modern and very relevant,” he added.

“We want him to express his creativity and his point of view on fashion and on men’s wear,” he explained. “We want to keep our actual customers and to please them, while also speaking to a bit of a younger and more edgy audience.”

That said, Arnault stressed that Ackermann is “very smart and not so radical in his expression. What he proposes is actually less radical than we think. I hope there will be a little bit of radicalness and a clear point of view on fashion, but at the same time wearable and commercial. And I don’t think it’s a bad word, commercial.

“The spirit of the brand will stay the same,” he stressed.

In a statement, Ackermann said he was “honored” to join Berluti and that the house “stands for the essence of luxury men’s wear and embracing this new adventure inspires me.”

Arnault said Ackermann would continue to produce and show his signature women’s and men’s collections, which are produced by Belgian entrepreneur Anne Chapelle.

Berluti is part of luxury giant LVMH Moët Hennessy Louis Vuitton, which does not break down sales by brand in its core fashion and leather goods business group and includes such names as Givenchy, Kenzo, Emilio Pucci and Marc Jacobs.

Arnault characterized the business as “very healthy for the past few months” with revenues advancing at a “high double-digit” pace.

Berluti continues to expand its network of full-line stores. Forthcoming openings include Las Vegas CityCenter in November, and Brighton Way, just off Rodeo Drive, in Beverly Hills, Calif., early next year. Arnault hinted at “other projects” in Asia next year.

Ackermann is a graduate of fashion at Antwerp’s Royal Academy of Fine Arts and started his signature label in 2003, earning acclaim for his glamorous dishabille and attracting such celebrity devotees as Tilda Swinton.

Sartori, who spent five years at Berluti, recently returned to Ermenegildo Zegna, where he had earned his reputation prior to Berluti as the head of its Z Zegna brand.

Sartori is now Zegna’s new artistic director, with responsibility across all brands and for all creative functions. His first collection will be for the fall 2017 season that will be shown in Milan next January.

At Berluti, Sartori brought a contemporary approach to tailoring, and an artisanal, ultraluxurious approach to echo its heritage in shoes, known for its unusual colors and patinas, plus a court shoe fashioned from a single piece of leather without any seams.

While his collections were more classic than much of the men’s wear parading in the French capital, Sartori earned a following for his gentlemanly and dandy approach to fashion, imbuing the brand with a quirky, endearing personality.

Earlier this year, Arnault noted that Berluti, which generated revenues south of 30 million euros when Sartori arrived in 2011, has added “more than 100 million euros” to its tallies as it expanded its product offering and global store network.

Son of LVMH chairman and chief executive officer Bernard Arnault, Antoine Arnault assumed the management helm of Berluti in 2011 and set out to create a luxury men’s house to mirror such female-driven brands as Fendi and Céline within the vast luxury group. He also oversees the Loro Piana business, acquired in 2013.