The brand is inaugurating its first store in China at Chongqing’s Raffles City shopping center.

A look from the Bikkembergs fall 2020 collection.

MILAN — One company, one brand, one name.

Formerly known as Dirk Bikkembergs, the fashion house, with a strong focus on urban sportswear, was recently renamed Bikkembergs and consequently its offering was streamlined to include only one brand, designed by creative director Lee Wood.

Driven by a “make it simple” mentality, said Bikkembergs chief operating officer Dario Predonzan, the company discontinued the brand’s multiple lines to focus on its core business. “This doesn’t mean that we lowered our offering. We actually expanded and elevated it,” he added, referring to the fact that the Dirk Bikkembergs line in the past pivoted on design-oriented collections, while Bikkembergs is now dedicated to laid-back sportswear. “We wanted to make it all easier to understand, stressing the fact that we use only one code and we are anchored to one vision,” Predonzan added.

“Since the acquisition in 2015, we focused on revamping the brand by refreshing its image and rediscovering the values to prepare the new growing phase for the company,” said Predonzan.

In particular, the company did not renew previous agreements with its licensees to find new business partners, which Predonzan described as “more dynamic, more modern. They better understand our goals and are interested in reaching new clients.”  Today, Bikkembergs operates several manufacturing and distribution licensing agreements: Sinv for ready-to- wear; Global Brands Group for footwear; CSP International for underwear and beachwear; Ratti and La Compagnia delle Pelli, for textile and leather accessories, respectively; Elisabet for junior footwear, as well as Perfume Holding for fragrances. 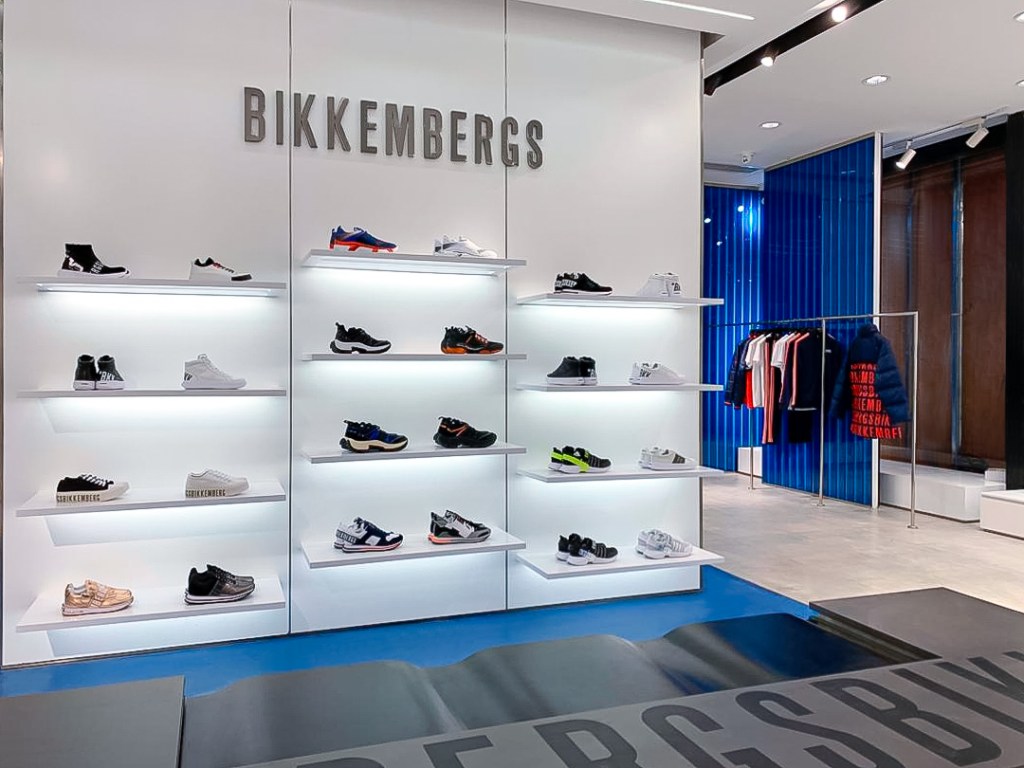 In addition, the company announced last week it teamed up with Two Brothers for the production and distribution of its children’s wear collections.

With Canudilo in full control of the brand, in 2020 Bikkembergs will focus on an expansion in the Far East. The first step of this phase will be marked on Friday by the opening of a 2,153-square-foot flagship at Chongqing’s Raffles City shopping center. The unit will present a new store concept, defined by a bold use of logos and a blue gym floor, which celebrate the label’s sports roots.

“This is the first of a series of openings,” said Predonzan. “We plan to inaugurate five more stores in China in 2020.”

“With footwear, which accounts for 40 percent of our sales, we also returned to important markets, such as Spain at El Corte Inglés, the U.K. with House of Fraser and Canada with Browns Shoes,” Predonzan said.

Telegraphing the company’s focus on internationalization, Bikkembergs, for the second time in a row, will present its fall 2020 collection with a booth at international trade show Pitti Uomo.