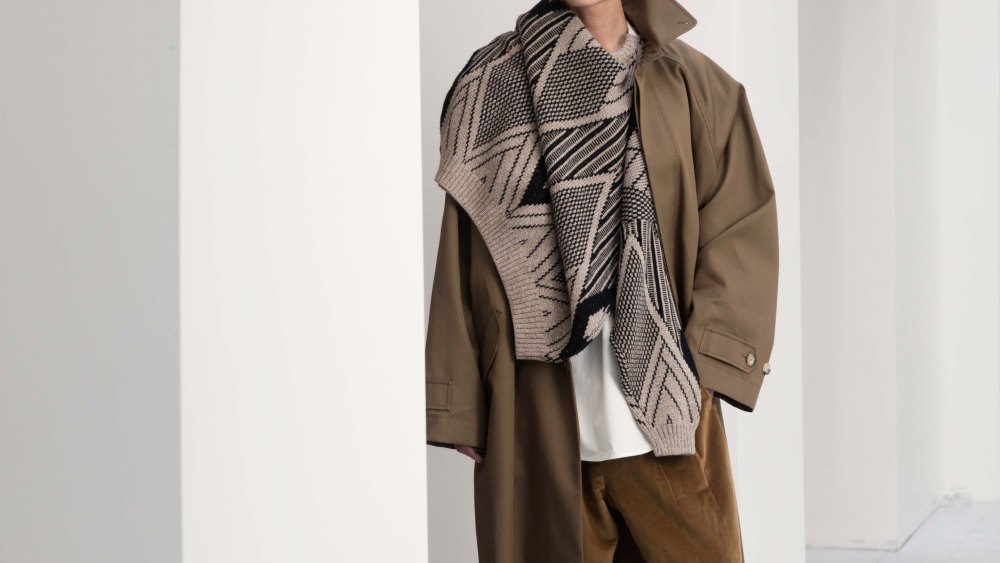 Lukas Vincent is making waves with his fledgling label hooked on a surf-dandy sensibility.

“In the Twenties, Thirties and even Forties, people used to go onto the beach in their full regalia — in their robes and smoking jackets. Some women would even wear ballgowns and slippers, everything was taking place on the beach,” said Vincent, who when creating his label set out to “bridge the two disparate areas” of surfwear and tailoring, using noble fabrics.

“I thought it would be an interesting take on Australian culture, trying to bring that to something more refined and elevated. Surfwear today is super commercial, certainly not what it was like in the Sixties and Seventies when there was a lot more soul,” said the designer, who for his research pays regular visits to the Australian National Surfing Museum in Torquay, Victoria. The site, the world’s largest surfing and beach culture museum, is located next to Bells Beach, home to the International Rip Curl Pro surfing contest, which dates back to 1973. “Whenever I go there I get so fascinated by the amazing board shorts and wetsuits — mainly from the Sixties and Seventies when the industry was in its prime.”

With these beach peacocks of yore in mind, Vincent likes to fold dandy references from the Twenties and Thirties into his creations that combine technical and traditional fabrics. Mills he works with include Bonotto in Italy, which produces fabrics on old looms from the 1800s. “They’ll do these incredible fabrics for one season only that will never be reproduced.”

With a different Italian mill, he developed a special wool-nylon technical fabric that he’s used on a tailored pant with a criss-cross front and eyelets inspired by Sixties board shorts. The Woolmark capsule will include a hoodie throw over in a bright orange bouclé that was inspired by the ponchos that surfers use to get changed under.

In a twist on the theme, the label’s fall look book was shot in a sub-zero location: Modane, in the French Alps. “I recently discovered a new sub-culture of Arctic snow surfing,” said the designer. “It was a real challenge to shoot, but the result was well worth the frostbite in the end.”

“We want it to be a globally relevant brand with clear connections to streetwear and clubwear, but also fashion. People seem to be more open for that in-between world of clothes,” said Benjamin Alexander Huseby, cofounder of GmbH, a new fashion collective born out of Berlin’s club scene.

The fledgling men’s wear label presented its first collection — dubbed Collection No. 0 — out of an apartment rented through Airbnb during Paris Women’s Fashion Week last October. The motivational factor, said Huseby, was that they had managed to nail appointments with five out of six of their target retailers on the strength of a look book modeled on “the friends we surround ourselves with.” (Close pal Stefano Pilati, who is also based in Berlin, also stepped in to model one of the looks). The collection proved convincing, with Opening Ceremony in New York and L.A., LN-CC in London, Isetan and Free Gallery in Tokyo, Surrender in Singapore and Voo Store and The Store in Berlin picking it up.

This season, GmbH, which mainly works with deadstock fabric for its collections, is changing gear for what it considers its first official collection — Collection No. 1 — titled “When A Thought Becomes You,” after an early Nineties track by Detroit techno pioneer Blake Baxter. (Each collection is named after a song, the last one was “Girls in Luv,” “a slightly cheesy Nineties track that was a mini hit,” explained Huseby.)

The new collection is “more complex, with a lot more collages of fabrics and colors,” he said. “One thing we did was buy all these Helly Hansen Nineties puffer jackets and totally rehashed them into puffer biker jackets in different colors.

“We don’t work with big overhanging concepts, it’s more a collection of elements from our personal lives, history, origins; gathering together eclectic sources in an intuitive way,” he added.

The label’s studio is located on the border of the Kreuzberg and Mitte districts, where the Berlin Wall used to be. Huseby, who has earned his stripes in the trade as a respected fashion photographer, always had an interest in clothes but attended art school rather than take up fashion design at Central Saint Martins in London.

One thing he and GmbH cofounder Serhat Isik — a men’s wear designer by training — have in common, he said, is that, they “both grew up brown. I grew up in the countryside in Norway and Serhat grew up in a very different way, in a kind of Turkish ghetto in the very heartland of West Germany. Our perspectives of it are quite different.”

Rising talent Hed Mayner this season, for the first time, presented as part of the official men’s calendar. The Israeli designer, who grew up in an arty household, started making patterns and garments as a teenager, taking sewing lessons from a local lady in his village, Amuka, located in the forests in northern Israel. He attended the Bezalel Academy of Arts and Design in Jerusalem, which had a small fashion department, and honed his technical skills through stints with local industrial designers, shoemakers and tailors, where he “studied the language of made to measure.”

“In the beginning it was more about traditional techniques, but I also learned how to take a product and industrialize it,” said Mayner who kept track of what was happening in fashion and art through the Internet, before eventually moving to Paris to study fashion at IFM.

He described the fashion scene in Tel Aviv, where he is based, as pretty non-existent. “There’s no industry here, in any case,” said the designer who through his collections likes to explore “different cultures, different ways of understanding the body.”

The fall collection features hybrid pieces based on mixes of flea market finds and new product, with a combination of new and old textures. There are lots of one-offs, but as part of capsules of around 20 pieces, Mayner said, adding: “There are lots of silhouettes that cover the whole body, like one piece of fabric, and some accessories.”

Brand signatures include an “abstract” loose trenchcoat, pleated pants, blankets “to wrap in” and tailored pieces that nod to traditional Jewish tailoring. “They’re very oversized. It’s more about wrapping the body than shaping it. I like this idea of looking like you’re wearing your big brother’s or dad’s jacket, and the proportions don’t quite fit right,” said Mayner, who now produces his collections in Turkey. Combining fragility and strength, he pairs structured, tailored pieces with fluid silhouettes. “I like to try to communicate with the wearer through some kind of emotion.”

Tasked with resurrecting the Rochas men’s wear line after a 22-year hiatus, Béatrice Ferrant, who joined the house as artistic director last September, set out to imagine what the Rochas man would be through the eyes of Hélène Rochas, the celebrated Parisian beauty and jet-set fixture who helped turn Rochas into a perfume powerhouse following the death of her couturier husband, house founder Marcel Rochas, in 1955.

“Philippe Benacin [chairman and chief executive officer of Inter Parfums SA, the parent company of Rochas] is really tapped into fashion. He knows what he wanted for the main women’s line [under Alessandro Dell’Acqua] and he wanted to introduce a men’s line that caters to the needs of modern-day traveling executives,” said Ferrant. “We feel something is missing in the market, our plan is to create the new [look] of tomorrow.”

For the designer, it’s not about competing with the Savile Row market but instead establishing a Parisian label built on modern “mix and match items” for men that are both sporty and elegant; rock edged yet incorporating “couture” techniques.

“The Rochas man is smart, cosmopolitan, seductive, elegant, Parisian and modern,” said Ferrant, who described the line’s direction as “sexy-formal.”

Leitmotifs include a “Metallic Net” motif — “inspired by the idea of metal lace” — that surfaces in a variety of treatments from a tattoo-like embellishment on the hips of aged jeans with a coated, metallic surface to re-embroidered leather appliqués on the sleeves of a leather jacket. Even the line’s sweatshirts are elaborate, with metalized, pleated treatments.

Heritage-inspired codes include a cross pleat lifted from an archive gown that plays out across various items like a shirt’s plastron. A fitted coat in black mohair and a gleaming, beetle-like jacquard fabric needle-punched to create an intriguing surface texture, figures among the more elaborate items.

The collection will be presented by appointment on Thursday at the brand’s headquarters at 1 Rond-Point des Champs-Elysées in the 8th arrondissement.