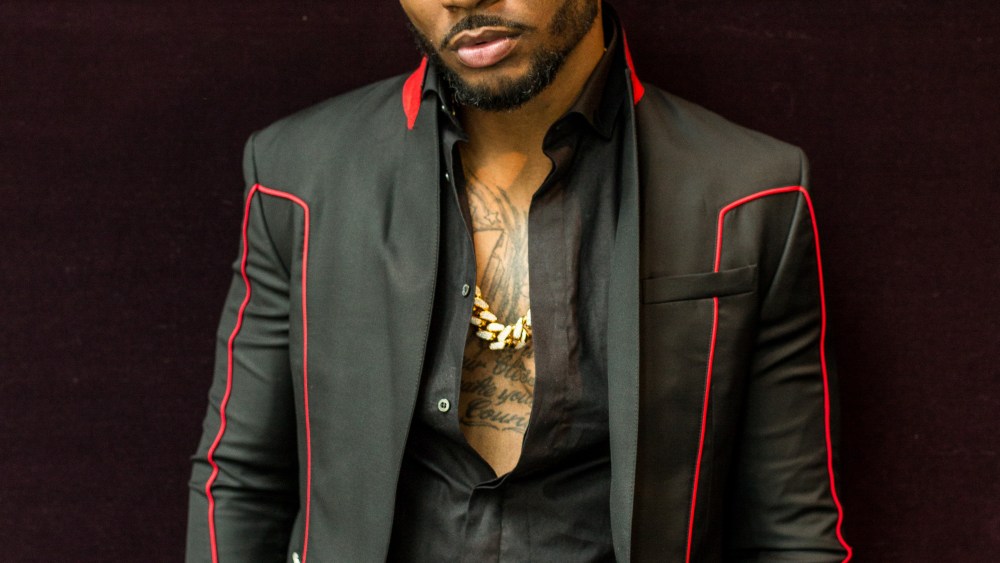 CHICAGO — It’s the morning of the 2016 NFL Draft kickoff day and a big weekend is ahead for Braxton Miller.

The former Ohio State star quarterback-turned-wide-receiver and newest ambassador of luxury fashion label Philipp Plein waits to hear his name called at the big event. Although he wasn’t chosen in the first round, he has until Saturday to hook up with a team.

Meanwhile, the 6’2” athlete, who is about to ink a deal with Adidas for sports apparel, is getting ready at the Chicago Sofitel Hotel for a photo shoot. In true locker room style, he changes in public.

“I’ve always loved fashion. We don’t have much fashion in Ohio,” said the Springfield, Ohio native. “It’s a big accomplishment. I’m the first athlete in America to sign with Philipp Plein as a brand ambassador.”

“This is tight,” the athlete said, while changing from his T-shirt and sweatpants into the slim-cut suit, which fits the 200-plus pound football player like a well-molded glove.

Covered in tattoos and wearing a chunky gold chain and diamond-studded Rolex, Miller, considered by Bleacher Report as the eighth-best wide receiver, is clearly excited about the fashion endeavor.

“I like Philipp,” he said. “Hopefully, we can have a relationship forever. He’s the best of the best right now. Best quality and workmanship. The shoes are amazing. And the suit, it’s a suit but it’s more like a comfort suit. But I’m not sure this is my size.”

The experience might potentially open another interest for the former Ohio State Buckeyes player — modeling.

“I’m doing photo shoots, fashion shows, appearances. In the fall, I’m going out to Milan for his fashion show. It’s going to be nice going overseas. I have to get my passport. I’m kind of nervous though,” said Miller, 23, who traveled to Chicago with his marketing agent Keith Harris as well as his father and brother for the draft.

Miller, who aspires to own his own fashion label one day, said he’s eager to help Plein gain more brand recognition on this side of the Atlantic.

“I want to rock the clothes so we can grow together as a team,” said Miller, who has already starting branding himself with two T-shirt designs: “Charging One-Way” and his signature spin move.

“He’s coming out in the United States trying to develop his status here. He’s already killing the game in Europe. Now he wants to come out here and kill the game out here.”

In a rare move, Miller showed he could play two different roles on the field. The former quarterback sprang back after a shoulder injury to play wide receiver with equal finesse. While playing quarterback, he was considered one of the best in college football. As a wide receiver, he caught 25 passes for 340 yards and had three touchdowns in 2015.

“It worked out well. It’s unheard of,” said Miller, who has a three-year-old son named Landon. “I had two arm surgeries and came back stronger than ever. I had one of the best moves in college football during the first game of the year. It was amazing.”

The athlete and brand ambassador said his motivation is simple.

And after football, Miller has another business goal in mind.

“I’d have a fitness center back home in Columbus. I’m from Springfield, but Columbus is a bigger market,” he said. “It would be nice to open a five-star gym for guys who go to the NFL.”