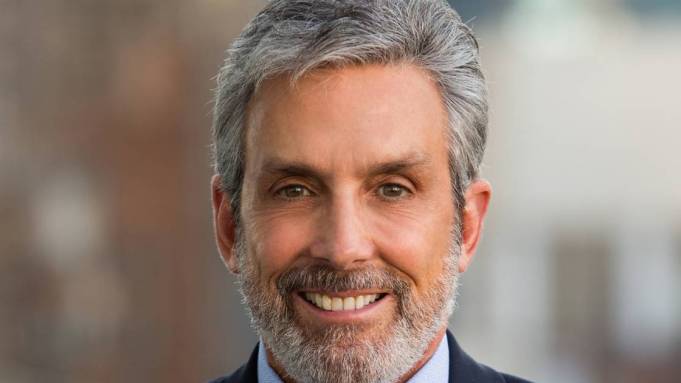 The billionaire commercial real estate developer who purchased a majority stake in Savile Row tailor Richard James in March, has now bought Harrys of London. Terms of the deal for the U.K.-based footwear and accessories label were not disclosed. Harrys was acquired from Palladin Consumer Retail Partners, a Boston-based private equity firm that has owned a majority stake in the brand since 2014.

Following the playbook he established with Richard James, Cohen will assume the position of chairman of Harrys but will retain Steven Newey, Harry’s chief executive officer, to run the business on a day-to-day basis. At Richard James, Sean Dixon, cofounder and managing director, has remained with the label in that role.

“Harrys of London has been a brand I have supported and respected for a long time, bringing a unique mix of luxury, contemporary craftsmanship and cutting-edge technology and design,” Cohen said in an exclusive interview. “I am excited to have this once-in-a-lifetime opportunity to partner with the brand and work closely with Steven and the rest of the team. We see huge potential for expansion across the U.S., London, Asia and the Middle East, and I am eager to help the team grow Harrys on a global scale.”

Newey said Cohen has “a unique vision and background that will be invaluable in our future growth. We are looking forward to taking full advantage of the new horizons this partnership will open up.”

Harrys was founded in 2001 as a high-end men’s dress shoe brand. It opened its first store in London’s Mayfair in 2008. Since then, the store has relocated to Burlington Arcade and the company has expanded to the Middle East with retail locations in Kuwait, United Arab Emirates and Saudi Arabia. The line is also wholesaled at stores including Barneys New York, Harrods, Holt Renfrew, Lane Crawford and Mr Porter.

Last week, Richard James made its first move under Cohen’s ownership, revealing that it will open its first New York store at Park Avenue and 57th Street in September. The brand will also expand its presence in London by taking over the entirety of its Clifford Street building in Mayfair and will return to the men’s wear show calendar in June after skipping a season.

Cohen is the owner and ceo of Cohen Brothers Realty Corp., which has a portfolio of over 12 million square feet of prime Class A and design center properties across the United States. He also heads the Cohen Media Group, an independent film production and distribution company that owns an extensive library of classic films, and is an active distributor of independent and foreign language and art-house films throughout North America. In February, Cohen Media Group acted as the U.S. distributor of “The Salesman,” which won the 2017 Academy Award for best foreign-language film.

Cohen is the quintessential example of a Renaissance man with passions that range from design and wine to film and fashion. WWD sat down with him recently at his Lexington Avenue office to talk about his new fashion investments and his career.

WWD: Tell us a little bit about your background.

Charles Cohen: I’m an attorney by background, I was an English major, I was a filmmaker in junior high school and high school and college and I have always been fascinated by design. I bought the D&D Building in New York; the Pacific Design Center in West Hollywood; the Design Center of the Americas in Dania Beach, Fla., outside of Fort Lauderdale, and the Decorative Center in Houston. Those are homes to some of the world’s greatest custom furniture and design showrooms: fabric, furniture, wall covers, lighting, accessories and a large component now of fashion tenants who have gone into the design world like Loro Piana, Ralph Lauren, Baccarat, Armani Casa. They’re all tenants of mine who have made the transition or are including home.

WWD: What is it about design that appeals to you?

C.C.: It’s about creating your own identity and distinguishing yourself from everyone else. The way you wear your hair, your makeup, your car. We all want to express individuality, and design allows us to do that. And a man who goes to work doesn’t have very many choices. Maybe now [there are more, but] I’m 65 and I remember going to work at Chemical Bank and they said if you didn’t wear a white shirt, you had to go home and change. So you don’t have that many ways to express yourself as a businessman during the day. What I was always fascinated by were the colors that Paul Smith used. The tailoring wasn’t as good as Richard James, but the idea of introducing a spectrum of color into boxer shorts or a tie or socks was a way for a man to introduce some character and whimsy and some personality into the way his image is portrayed and how he’s seen by other people.

WWD: Which fashion designers are your favorites?

C.C.: I’d always been a Richard James fan and years later became a Harrys fan. I’m a fan of Etro because of their use of color, their shirts, shoes, outerwear, even some shoes, cufflinks and leather goods. I’m a big customer of Prada, Ralph Lauren, Gucci. I’m a big fan of James Perse. He’s a tenant of mine in the Pacific Design Center. I have their outdoor furniture, their ping-pong tables, their pool tables.

WWD: Your wife Clodagh Margaret Jacobs has a background in fashion, right?
C.C.: I met my wife in London. She’s a South African who had emigrated to London and spent half her life there. She had worked for Tom Ford doing the public relations for men’s and accessories. She came to America in 2001 and brought Jimmy Choo to America and is going to help us as well.

WWD: Being a fan of a brand and owning it are two entirely different things. Why did you feel you wanted to own these brands?

C.C.: What happened was that being a frequent customer on these trips to London, I had gotten wind that there was an Asian group that was interested in buying Richard James and it had fallen through. About a year ago — I’ve had the same salesman for 17 years and I buy two dozen suits when I go — he said that the deal fell through and they didn’t know what they were going to do. And I said I’d be interested in looking at it. And that’s how it began.

WWD: How hands-on are you planning to be with these brands?

C.C.: Richard James will be celebrating his 25th anniversary. Richard together with Sean Dixon, who is the managing director, are really the driving forces. I’m in the back seat. My role is to help them expand globally, explore new product lines and ways of distribution in an ever-changing Internet-based economy and universe and to learn along the way. Just as I’ve learned the development business, the construction business, the film distribution and production business, I’m going to immerse myself in learning this business. Slow and steady wins the race. What we hope Richard James will accomplish is to not only appeal to my peer group, but to a younger group that doesn’t have the chance to find it on any of the shelves of the department stores, it’s not here. And that, to me, is exciting.

WWD: What do you think you’re adding to these brands?

C.C.: I’d like to think I’m bringing some fresh life to a brand now entering the new world. And needs someone who is going to be loyal and supportive and patient. It’s not about the earnings, it’s about expanding the brand; it’s not about profit, it’s about finding a new world home. We feel Savile Row is very marketable in the U.S., especially starting with the East Coast. It’s the ultimate, aspirational, bespoke tailoring and styling and it introduces a dose of color you may not find on the rest of Savile Row.

WWD: With all the struggles in fashion today, why do you think this the right time to invest?
C.C.: I think retail is challenged and needs to be reinvigorated and reinvented in light of the challenges that online represents and what the Internet is doing to shopping centers around the country and the empty retail spaces that are on every major avenue in the city. It’s a reaction to landlords being too greedy and there’s so much that can be accomplished online. I don’t know that men will come in droves to our store initially, but their wives will bring them and they’ll have a place to go and an environment that tells a message about that brand. That’s what Richard James is going to be. And that’s what Harrys is going to be.

WWD: What age group will you target?

C.C.: I think it goes from 18 to 78. I think Richard James is going to be all about customer service. We’re going to go to your office if you’re too busy. We’re going to do the measurements, bring the swatch books, create some kind of presentation that we’ll immerse you in. If you can’t come to us, we’ll come to you. Again, I think it’s taking a level of service a step further. And are we a brand for everybody? Absolutely not. But we want to be aspirational, for people to feel special about themselves.

WWD: Do you anticipate making any other acquisitions in fashion?

C.C.: Yes. I think it’s a great strategy. I think there are synergies and there can be back-of-house economies of scale that make it more viable.

WWD: How do you juggle everything?
C.C.: You always have the time to do the things you love to do. I love doing different things and learning different businesses. I’ve done so many thousands of leases and have 24 different office buildings and design center buildings and apartment buildings. I think it keeps you at the top of your game to apply a business strategy from one or two businesses to new businesses.