From backpacks to shearling coats, men’s product continues to gain in importance — and momentum — for the brand. 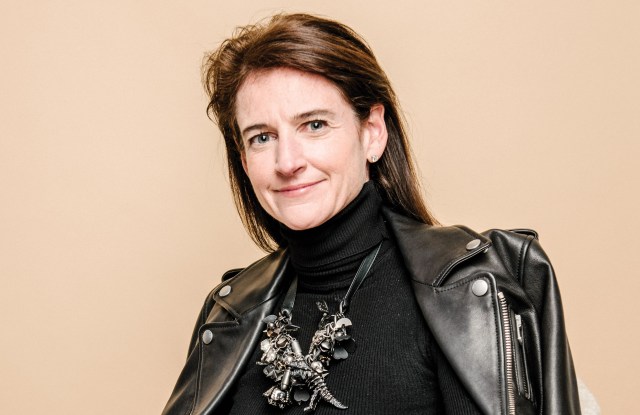 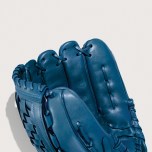 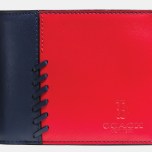 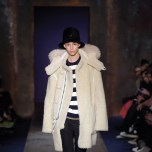 It all began with the baseball glove.

Coach’s founders were impressed with the leather, stitching and handcraftsmanship used for the gloves that got softer and more supple with age. So with this as their inspiration, a group of leatherworkers created wallets and billfolds for men — and a brand was born.

Today, Coach is better known for its women’s leather goods, but men’s remains a sizable part of its business, accounting around $700 million, or 16 percent of its $4.2 billion in annual sales in fiscal-year 2015. That’s up from 14 percent of net sales in the 2014 fiscal year and 12 percent in 2013.

“We were originally a men’s brand,” said Diane Mahady, global head of merchandising for Coach, “and there’s no more masculine American reference than the baseball glove.”

Although she oversees all divisions, Mahady actually has a soft spot for the men’s business. She spent 12 years at Saks Fifth Avenue as a men’s divisional merchandise manager before moving on to Ermenegildo Zegna and Louis Vuitton. She joined Coach two-and-a-half years ago.

“Without question, it’s a growth area for us and we’re growing by double digits,” she said. This year, men’s will account for more than $700 million in sales, she said, “and we have $1 billion in our sights.”

She said under the direction of creative director Stuart Vevers, Coach is offering a broader assortment for men that is “cool, but still approachable.”

Vevers put a stake in the ground in apparel in 2015 during London Collections: Men when he showed the brand’s first comprehensive men’s ready-to-wear line. Drawing on Coach’s history, the offering was heavily focused on outerwear but included other men’s apparel along with leather goods and shoes.

At the time, Vevers said the collection “will be a reset of Coach’s men’s wear proposition” and “deliver a strong fashion point of view.”

“Stuart is very clear on who the Coach guy is,” Mahady said. And the apparel “resonates with the fashion-engaged customer.”

She mentioned the Wild Beast abstract camouflage-inspired print the company used across a wide swath of products, from backpacks and bags to shoes. “It continues to be an important print for men,” she said. “And before the fashion show, they may not have reacted. The runway gives us the opportunity to take more risks.”

Most popular within the apparel arena is outerwear, particularly the shearling coats. Knitwear also sells well, she added, as “easy pick-me-ups.” Less important are bottoms and wovens, she said.

Mahady said since men don’t replenish their bags and wallets as often as women, “it’s necessary to build out the product categories” targeted to them.

And while men’s is definitely important to the brand as a whole, it’s not carried in every one of Coach’s 400-plus full-price and outlet stores in North America, she said.

“We believe there’s a men’s opportunity for all stores,” Mahady said, “but some are small and we want to show our full expression of product and sometimes that requires rezoning to achieve the appropriate adjacencies. But customers are really enthusiastic about men’s and they’re giving us a reason to expand.”

Even so, Mahady said there’s no plan to open men’s-only stores. Five years ago, freestanding men’s stores were viewed as a growth strategy, but those stores have closed or been converted to dual-gender units.

“We’re a lifestyle brand,” she said, “and we can tell our brand story better [when all categories are merchandised together]. And a lot of men’s product is bought by women.”

Among the most popular items for men is the backpack, she said, along with soft business bags — pieces that speak to the “more casual, sporty sensibility” of today’s man.

These pieces are particularly strong sellers during holidays and at Father’s Day.

So whether it’s a shearling coat, a backpack or a New York Mets wallet, men’s product is poised for “sizable growth.”

“We really think there’s a white space in leather goods for men,” Mahady said. “We see a lot of room to grow, so we’re going to keep pushing it.”