Daniel Fletcher, known for expressing his political views through his clothing, plans to open his first retail space, a pop-up shop in London's Covent Garden, on Nov. 4. 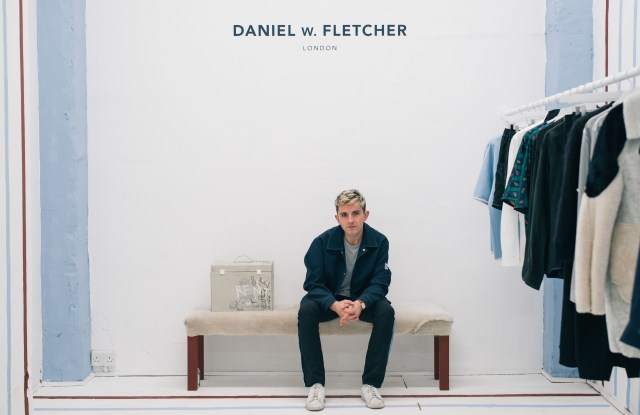 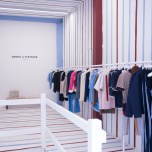 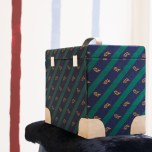 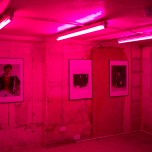 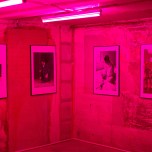 Born and raised in Chester, England, the 25-year-old Central Saint Martins graduate splits his time between London and Paris. He works with Kim Jones at Louis Vuitton designing leather goods, in addition to his own ready-to-wear range, which launched earlier this year. It is currently stocked at Opening Ceremony.

“The pop-up was an important next step for me,” Fletcher said. “It is allowing me to have a retail presence in London, which is a city where it’s notoriously difficult to obtain stockists. I wanted to have my own space that would allow my customers and supporters to have the full experience of the brand and to be able to see and feel the products in reality if they have not been able to see them in a store before. It has also allowed me to have some special pieces that were not able to be produced for wholesale. The wholesale market is extremely difficult for a young brand as the stores often have very strict guidelines and big margins. In doing this I am able to set my own rules and present the collections according to my own vision.”

Situated at 38 Bedford Street, in a historic building erected in 1861, the 777-square-foot space was created by Farshid Moussavi, who designed Victoria Beckham’s store in London. Moussavi met Fletcher when she designed the Victoria Beckham store, and has been a supporter of his since then. They worked together on the space as well as the interiors.

“The furnishings are a reflection of the materials I use in my collections,” Fletcher said. “So we have a bench covered in shearling, which is something I often use in my collections, and curtains made using a fabric [that] was a key element of my fall 2016 collection. The space itself is quite sparse in terms of furniture, as we wanted to keep the focus on the garments. We have used stripes around the entire ground floor to create an immersive space that draws the eye to the back of the store with one continuous rail suspended from the ceiling.”

The ground floor will stock Fletcher’s full men’s wear range, while the lower level will be used as an exhibition space. The basement is decorated with pink fluorescent lights with images from publications including WWD, Hunger and Vogue Italia hung on walls.

The store will carry some exclusive pieces from his fall 2016 range such as the silk tie fabric golfer T-shirt, and Fletcher’s “Save the NHS” (Britain’s National Health Service) trousers. It will also showcase a select range of pieces from his spring 2017 line. Prices range from 45 pounds, or $55, for a cap to 1,650 pounds, or $2,032, for a shearling coat.

The designer will be showing as part of the London Fashion Week Men’s calendar in January, and hosting a digital presentation. Fletcher said he is focused on expanding his range of stocklists and is currently looking to raise funding to build the brand.